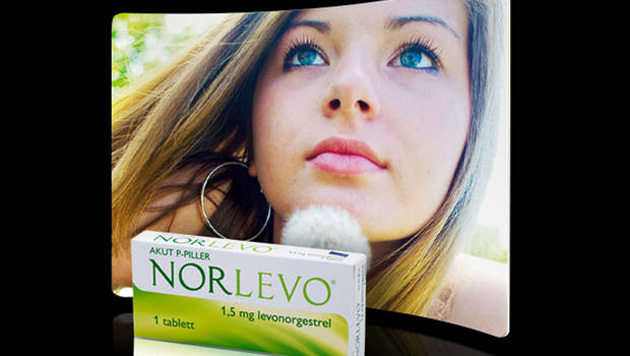 Since Mother Jones broke the news on Monday that a European drugmaker, HRA Pharma, found that its popular morning-after pill may not work in heavier women, many readers have asked why the company chose to update its product labels with a hard weight limit—instead of a limit on BMI, an obesity measurement that relies on a height-to-weight ratio.

HRA Pharma was prompted to rethink its labels after University of Edinburgh Professor Anna Glasier linked emergency contraceptive failures and an obese body mass index (or BMI) in a 2011 analysis. The new label for the drug, Norlevo—a brand of emergency contraceptive pills which uses levonorgestrel to prevent pregnancy, and is identical to several US drugs, including Plan B—says it is not recommended for women who weigh 165 pounds or more, no matter their height.

Glasier, analyzing data from one study sponsored by the US National Institutes of Health and another sponsored by HRA Pharma, found that the risk of pregnancy in women using levonorgestrel pills increased significantly if a woman had a body mass index of 30 or higher—which the US Centers for Disease Control considers obese.

On Tuesday, HRA Pharma CEO Erin Gainer explained the company’s decision further to Mother Jones. When HRA statisticians reviewed the data Glasier used for her analysis, Gainer says, they confirmed Glasier’s findings about BMI—but they also found that their products’ failure correlated even more strongly with weight, regardless of a woman’s height.

“We were surprised,” Gainer says. “But the findings were really quite striking from a statistical point of view.” She adds that weight is easier for health care providers to discuss with their patients. “People don’t walk down the street knowing what their body mass index is,” she says.

HRA Pharma has not made its analysis public. But based on the media uproar after I first revealed Norlevo’s new guidelines, Gainer says, “We’re thinking now about how best to publish these findings.”

A New York Times article highlights another change HRA Pharma will make to the leaflets included with Norlevo: the new leaflets will say that Norlevo “cannot stop a fertilized egg from attaching to the womb.” This is significant because it contradicts assertions made by abortion opponents in their lawsuits against the Affordable Care Act’s birth control mandate—the so-called “Hobby Lobby” cases that the Supreme Court on Tuesday agreed to hear this spring. The Times’ Pam Belluck explains:

While labels of Plan B One-Step and related pills, which contain the drug levonorgestrel, say they work mostly by blocking the release of eggs before fertilization, they also say the drugs may inhibit fertilized eggs from implanting in the uterus.

Last year, the New York Times reported on new evidence that emergency contraceptive pills do not prevent implantation of a fertilized egg and the FDA now tentatively agrees with their assessment. But HRA Pharma appears to be the first drug company to adjust its labels accordingly—a significant data point against the abortion foes appearing before the Supreme Court.

In her research, Glasier did not determine why the effects of levonorgestrel diminished as BMI or weight increased. She published her research in the international peer-reviewed journal Contraception.

The FDA is investigating whether US emergency contraceptives that use levonorgestrel must change their labels.

Diana Blithe, a contraceptive researcher at the National Institute of Child Health and Human Development and an author of one of the studies Glasier analyzed, told NPR on Tuesday that she supports such a change. “I think it is incumbent upon American manufacturers to put that information on the label now that they’re aware of it,” she said.

But Glasier told CNN that she was still skeptical of warning heavier women not to use Norlevo or similar drugs. “You are probably better to take [levonorgestrel emergency contraceptive pills] after unprotected sex than just to leave it to chance even if you are obese,” she said.