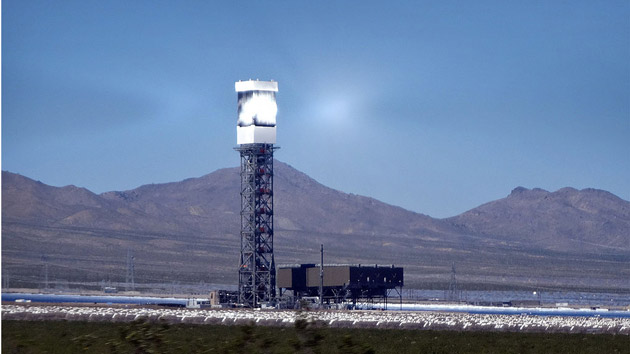 On a recent episode of 60 Minutes, investigative reporter Lesley Stahl trained her eye on “The Cleantech Crash.” In the 14-minute segment, Stahl told the story of how the Obama administration and Silicon Valley venture capitalists (or, in Stahl’s phrasing, “the smart people who funded the Internet”), backed a bevy of alternative-energy startups, only to see the sector implode, leaving taxpayers holding the bag.

If this would-be exposé felt familiar, that’s because it was all over the media two years ago. Why 60 Minutes decided to drag it back into our living rooms in January 2014 is a mystery. By now, the Solyndra horse is so dead that even Fox News is tired of flogging it.

But there’s a more important reason you haven’t heard much about the “clean-tech crash” in the past couple of years: It turned out to be, in many ways, a myth. Yes, a lot of the alternative-energy startups that Silicon Valley investors flocked to five years ago have run into serious trouble. A few were among those that got government support. In the 60 Minutes segment, Stahl named nine failed or struggling companies in all—lumping in those that received government loans with some that didn’t—then declared herself “exhausted.” I guess it’s a good thing, then, that she didn’t try to name all the ones that succeeded: There are a lot more than nine of those.

Over the course of the segment, 60 Minutes got so many things wrong about clean technology that I don’t have room to refute them all here, though plenty of others have made valiant efforts. The Department of Energy ripped the show, calling it “flat wrong on the facts.” And on Tuesday, Vinod Khosla himself—the venture capitalist whom Stahl’s segment held up as the face of the “clean-tech bust”—published a scathing open letter to the show, disputing more than half a dozen key facts and comparing it to the National Enquirer. That’s an unfair comparison, of course: The National Enquirer could never hope to mislead as many Americans as 60 Minutes did.

It’s understandable that Khosla led his letter by taking issue with specific points of fact. But in doing so, he risks unintentionally obscuring the far greater sin of 60 Minutes‘ journalism. It didn’t just botch the numbers. It utterly botched the underlying story.

The truth is that the clean-tech sector has changed dramatically in just the past two years. Some technologies have failed and been abandoned, but others are booming like never before. For those who have been following the industry, it was surreal to watch Stahl ask “Clean tech is dead—what killed it?” on the same weekend that the New York Times published a front-page story on the “Solar Power Craze on Wall Street.”

Solar power, mind you, was the biggest recipient of those federal loan guarantees that 60 Minutes sought to portray as losing bets. And the “craze” isn’t just on Wall Street. Thanks in part to those maligned Obama subsidies, massive solar-power plants are sprouting across the desert Southwest and gearing up to supply clean, renewable energy to millions. Meanwhile, residential solar-panel installations are booming: Americans installed more solar panels in 2013 than in the past 20 years combined. 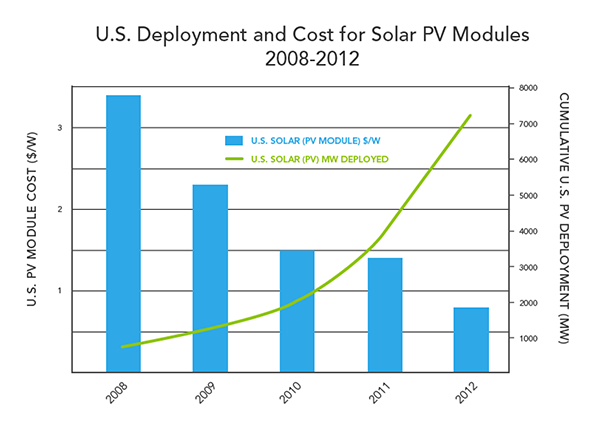 As prices of solar panels have dropped, Americans are installing them at record levels. Levi Tillemann-Dick/US Department of Energy

It’s not like 60 Minutes was unaware of this. One of the show’s own sources has come forward to say he told Stahl repeatedly that “there has been explosive growth” and that “solar is the future.” It seems that Stahl simply chose to leave that out.

Instead, she kept the focus tightly on a handful of failures like Solyndra and troubled companies like KiOR, a Khosla–backed cellulosic-biofuel concern that never actually received any federal money. Biofuels in general made up a tiny portion of the Department of Energy’s loan portfolio, which was concentrated in solar power, electric cars, and nuclear energy. While some solar and electric-car companies have fallen by the wayside, others are among the most dynamic startups in the world today. Stahl managed a single brief reference to one of these companies: Tesla, which has succeeded on such a massive scale that it decided to repay its federal loans nine years early. None of the other success stories received even a passing mention.

Among those overlooked was another Musk-backed phenom, the solar-panel startup SolarCity. Perhaps 60 Minutes viewers didn’t hear about it because its story is so awkwardly at odds with the segment’s narrative. SolarCity was in line to get a Department of Energy loan guarantee at one point, but the Department of Energy backed out, spooked by the political backlash over Solyndra. Fortunately, big private-sector backers that had initially been drawn in by the promise of a federal loan guarantee decided that they liked the company enough to invest even without the government involved. SolarCity went public in late 2012, and its value has more than quadrupled to $5.4 billion. This week it unveiled an unusual scheme to fuel its staggering growth by selling asset-backed debt to ordinary, individual investors eager to support solar power. I guess Lesley Stahl won’t be buying any.

But the most dumbfounding thing about the 60 Minutes piece isn’t that it falsely declared “clean tech” dead, nor that it conflated Silicon Valley’s irrational exuberance with a government loan program that was actually rather conservative. It’s not even the fact that the show never once mentioned the word “climate change,” though that is pretty remarkable. Rather, it’s a bizarre digression near the end that laid bare a flaw in the show’s internal logic—a contradiction so glaring that it upended almost everything that came before it.

It begins at around the 10 minute, 30 second mark, right after Stahl belatedly notes that some of the clean-tech sector’s problems were caused by the natural-gas fracking boom. Stahl says:

So by 2012, the moneymen of Silicon Valley were dropping energy from their portfolios, and soon struggling and bankrupt clean-tech companies were on the auction block at fire-sale prices. And guess who snatched them up? China!

According to everything Stahl has told about clean tech so far, we should be thinking: “Ha! Those suckers.” We Americans may have made bad investments in hopeless renewable energy technologies, but in the end at least we managed to stick a rival country with the dead weight. Right?

Wrong—Stahl’s objection is just the opposite: We invested the money in these promising companies, and it’s unfair that China now gets to reap the benefits.

Stahl follows up by bravely confronting one of these evil Chinese clean-tech investors and essentially accusing him of stealing our stuff: “You understand the suspicion around you, this company, that you’re here just to take our high-tech technology, you know, and get it back to China as fast as you can.” At this point the poor guy is reduced to pointing out that he is not actually the president of China, he just lives there. But wait: His company has a US subsidiary with 27 plants in 13 states and some 6,000 American workers. Those are 6,000 US clean-tech jobs, are they not? Do they somehow not count because the owner is from a different country? Apparently not.

“And so,” Stahl intones, “the irony: that taxpayer money for clean tech and jobs ended up with a Chinese company creating clean tech and jobs… in America.” That’s not irony. That’s the incoherent rambling of a journalist who has lost her grip on just what it is we’re supposed to be outraged about.

Mind you, the whole show to this point has been dedicated to the premise that clean tech is sheer boondoggle. Now we’re informed that, unlike the United States, China is “willing to make a long-term bet on the technology, and spend what it takes to develop the manufacturing.” Well, imagine that. Perhaps it’s because they don’t have Lesley Stahl there to tell them that clean tech is dead.