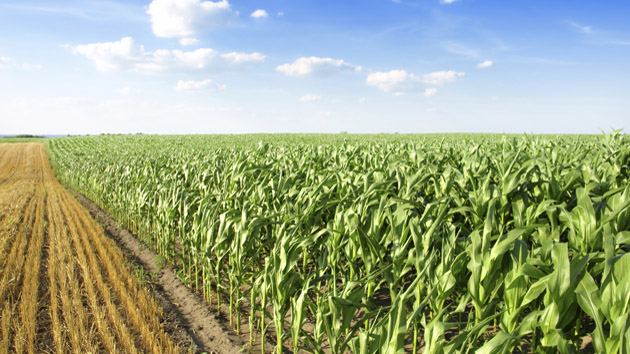 With historic drought battering California’s produce and climate change expected to jeopardize the global food supply, there are few questions more important than what our agriculture system should look like in the future. And few agricultural issues are more politically charged than the debate over genetically modified organisms. Even as companies like Monsanto are genetically engineering plants to use less water and resist crop-destroying pests, activists are challenging the safety and sustainability of GM foods.

For this week’s episode of Inquiring Minds, I spoke with Dr. Steven Novella, a neurologist at Yale University. Novella is a prominent voice in the skeptical movement, a scientific movement that, as he describes it, focuses heavily on explaining the truth behind “common myths—things that people believe that aren’t true.” So I asked him to help sort out fact from fiction when it comes to industrial agriculture in general—and GMOs in particular.

“Almost everything I hear about [industrial agriculture] is a myth,” says Novella. “It’s such an emotional issue—a highly ideological and politicized issue—that what I find is that most of what people write and say and believe about it just fits into some narrative, some worldview. And it’s not very factual or evidence-based.”

So where does Novella think the public is misinformed?

One myth concerns the novelty of GM foods. Many people think that modifying genes in our food is a 21st-century phenomenon, but according to Novella, humans have been using selective breeding to create more desirable versions of plants and animals for thousands of years. In fact, it was a lone monk, Gregor Mendel, who in the 1800s discovered the laws of inheritance and launched the science of genetics by crossbreeding pea plants.

Genetic modification, Novella says, “is not the panacea, nor is it a menace; it’s just one more tool that has to be used intelligently.”

And there are even more questionable genetic modification practices that aren’t subject to anywhere near the same scrutiny as GM foods. Novella points to the increasing popularity of “mutation breeding,” in which chemicals and radiation are used to increase the rate of plant mutations in order to produce favorable traits. “Over 2,000 plants that are the product of this mutation breeding have been released to the public in the last 100 years,” explains Novella.

Another important myth surrounding GM foods is that they are somehow unsafe for human consumption.

There are two broad types of genetically modified organisms: transgenic and cisgenic. Cisgenic modification occurs between closely related plants—something that might have happened more “naturally” through crossbreeding. Transgenic modification involves transferring genes across disparate species, or even kingdoms—impossible if left to Mother Nature. It’s this second type of modification that gives products the derogatory label of “Frankenfood.” But compared with crossbreeding or mutation breeding, says Novella, genetic modification is “much more precise”—selecting only one gene or a part of a gene and inserting it into the target food.

What are people so worried about, then? Some have argued that new allergies could be induced by the creation of new proteins—Novella calls this a “legitimate concern” but says that GM foods undergo testing to prevent this from happening. Some fear that when GM foods are used as feed for livestock, there will be unintended consequences for humans who eat them. But again, there’s no evidence that animals that eat GM foods pose any health risks to us. “To date,” says Novella, “the reviews conclude pretty universally that there’s just no health risk.”

Indeed, according to the American Association for the Advancement of Science, the research surrounding GM food is “quite clear: crop improvement by the modern molecular techniques of biotechnology is safe.”

What’s more, GM foods are more tightly regulated than crops created with other modification methods and have to overcome more safety tests than their counterparts.

Novella acknowledges that the complicated nature of genetics means that GM technology could conceivably have “unanticipated consequences,” but, he says, “we’ve been doing this for decades now, and there have been tons of studies looking at the results of genetic modification, and we’re not producing these scary monsters—this so-called Frankenfood. It just hasn’t happened.” 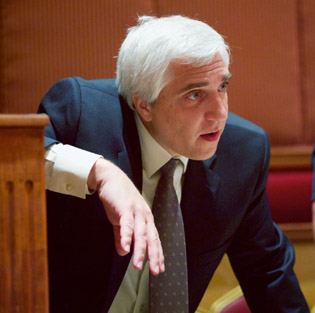 So if GM foods are safe, what are some of the other issues that people complain about when criticizing agribusiness companies?

For one thing, GM opponents often argue that the planting of GM foods is not a sustainable agricultural practice. But according to Novella, that’s the wrong way to look at it.

“GM is not agriculture…it is a tool,” he says. “The real question is how is it being used?”

Novella points to a commonly used GM crop known as Bt corn, which has been engineered to include a gene from the Bacillus thuringiensis bacterium that produces a pest-killing protein.

Unfortunately, Novella explains, the success of these GM crops can create perverse incentives to grow one type of plant exclusively. And just like with antibiotics, overuse of pest-resistant crops can lead to the creation of “superpests”—the agricultural counterpart of superbugs.

But according to Novella, the problem here isn’t the GM crops themselves, but rather how they are used. “There’s nothing inherent to…Bt crops that says you have to use them in the worst possible way,” he says. Rather, if farmers mix Bt and non-Bt crops, “it becomes one powerful tool in a box of tools” that can help them increase profits in a sustainable way. “If you’re just focusing on GM, you’re missing the big picture, in that you have to look at farming as a practice, of which genetic modification is just one tool,” he adds.

Genetic modification, Novella says, “is not the panacea, nor is it a menace; it’s just one more tool that has to be used intelligently.”

So what does Novella think accounts for our distrust of genetic modification? He points to what he calls the “naturalistic fallacy,” or the reverence of “quote, unquote: what is ‘natural’ to an unreasonable degree.”

“There’s nothing inherently good or virtuous about the way things were in nature,” he says. “And we’ve been altering them beyond recognition for thousands of years, anyway.”

This episode of Inquiring Minds, a podcast hosted by neuroscientist and musician Indre Viskontas and best-selling author Chris Mooney, also features a discussion of the US Olympic team’s new high-tech ski suits and analysis of disturbing new evidence that Americans are increasingly likely to confuse astrology with science.