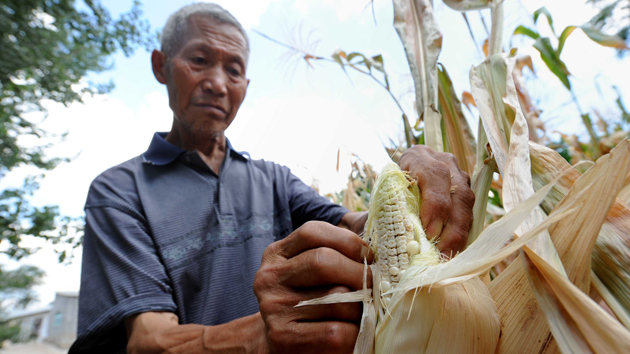 Supplies of some of the world's most important staple crops could drop, thanks to global warming. Wu Dongjun/Xinhua/ZUMA

The impacts of climate change are likely to be “severe, pervasive, and irreversible,” the chair of the Intergovernmental Panel on Climate Change said Sunday night in Yokohama, Japan, as the world’s leading climate experts released a new survey of how our planet is likely to change in the near future, and what we can do about it.

Here’s what you need to know: