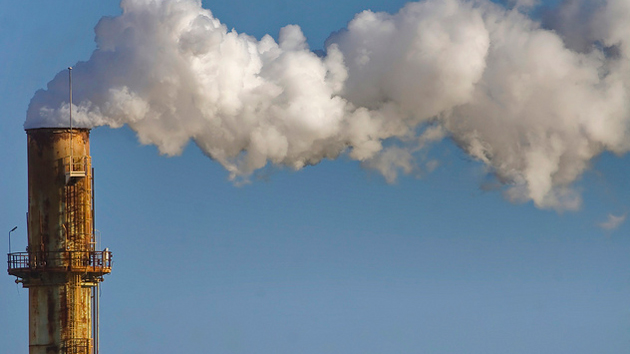 This story was originally published at the Guardian.

The White House has warned that delaying action on climate change would carry a heavy price, racking up an additional 40% in economic losses from climate impacts and other costs over the course of 10 years.

In addition to a new report on the economic cost of delay, the White House is poised to launch two new initiatives on Tuesday dealing with fast-rising methane emissions from the natural gas industry, and buffering food security against future climate change.

“We are pushing across the board on the elements of the climate action plan,” John Podesta, Obama’s counsellor, told a conference call with reporters.

Several former treasury secretaries and a couple of billionaires have come forward in recent weeks to warn Americans about the economic risks of climate change. By producing its own report on the costs of climate change, the White House appeared to be moving to bolster Obama’s climate agenda from industry attacks.

In their rebuttal, Obama’s economic team said the costs of delaying action to cut carbon pollution would be far higher in the long term—40% over the course of a decade, in terms of the increased costs of cutting greenhouse gas emissions and dealing with climate impacts.

The costs were projected to rise even more steeply with each additional degree of warming above the 2C threshold for dangerous climate change, the report said.

“Each decade we delay acting results in an added cost of dealing with the problem of an extra 40%,” Jason Furman, chairman of the council of economic advisers, told a conference call with reporters. “The total amount we would have to pay today would be 40% larger if we waited a decade instead of acting now.” 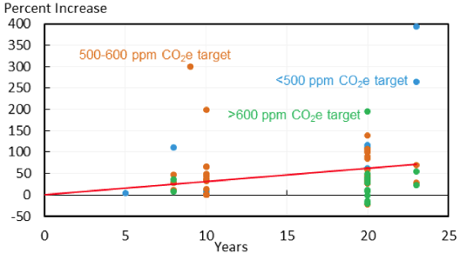 This graph shows the council of economic advisers’ calculations on the additional costs that would come from delaying rules to cut emissions on power plants – over a 10-year period, it is an extra 40%. CEA

Delaying action would deepen the risks to property and livelihoods. It would also make it more costly to reduce greenhouse gas emissions.

A 3C rise above pre-industrial levels would shave about 0.9% a year off global GDP, or about $150 billion a year, the report said. A 4C rise would cost the global economy 3.1% of global GDP a year, it said.

“The cost…ramps up potentially astronomically to the point that even if you want to you couldn’t actually stabilise the temperature,” Furman said.

Furman said the finding was based on an analysis of 16 different economic models, and took into consideration economic damage due to climate change, and lost investment and other opportunities.

The report—and the other interventions—appeared timed to build support around the main pillar of Obama’s climate action plan, regulations limiting carbon pollution from power plants.

The EPA is holding public hearings in Atlanta, Denver, Pittsburgh and Washington DC this week on regulations to cut carbon pollution from power plants by 30% over the next 16 years.

The EPA regulations, which target the country’s largest single source of carbon dioxide emissions, are the main pillar of Obama’s climate plan—one of the signature issues of his second term—and by default contentious.

More than 1,600 people have signed up to speak at the hearings, and 300,000 have sent in written comments. Some 680 groups have signed up to lobby the EPA, according to the Center for Responsive Politics—more than any other government department.

The regulations are critical to Obama’s commitment to the international community to cut greenhouse gas emissions 17% on 2005 levels by 2020.

The EPA Administrator, Gina McCarthy, told reporters on Monday that she expected opponents to focus on the economy. “We are bound to hear this week and beyond that EPA actions are bad for the economy,” she said.

Industry groups, such as the American Petroleum Institute and the American Coalition for Clean Coal Electricity, accuse the EPA of waging a “war on coal” and say the regulations will damage the economy.

A Republican congressman, Mike Kelly, likened the regulations to terrorism, in an event at the conservative Heritage Foundation on Monday. “You talk about terrorism, you can do it in a lot of different ways,” he said. “But you terrorise the people who supply everything this country needs to be great—and you keep them on the sidelines—my goodness what have we become?”

Opponents of the EPA regulations also argue that they will be ineffective unless China and other big emitters also take action on climate change.

But McCarthy told the call America had to take actions at home to cut carbon pollution “or a global solution on climate change won’t make it to the table.”

She said there were already signs that the EPA regulations had encouraged China and other countries to do more to cut their own emissions.

The White House, the EPA Senate Democrats, economists, and environmental groups argue the regulations represent an opportunity–and that it would be far more costly to delay action.

The former treasury secretary, Robert Rubin, wrote in the Washington Post last week that framing the regulations as a trade-off between the environment and the economy was as false choice.

Senate Democrats are expected to expand on that argument at a budget committee hearing on Tuesday called “The costs of inaction: the economic and budgetary consequences of climate change“.

European and British economists have warned for years about the costs of inaction on climate change, with Nicholas Stern coming out with his landmark report in 2006.

But those findings did not get wide airing in the American media until earlier this year when a group of billionaires and former treasury secretaries came out with their report, Risky Business, on the costs of ignoring the climate problem.

Meanwhile, the Obama administration will on Tuesday announce a number of new initiatives on containing fast-rising emissions of methane from the natural gas industry.

The White House is also due to announce a new effort by companies such as Microsoft and Coca Cola on plans to help protect food production.