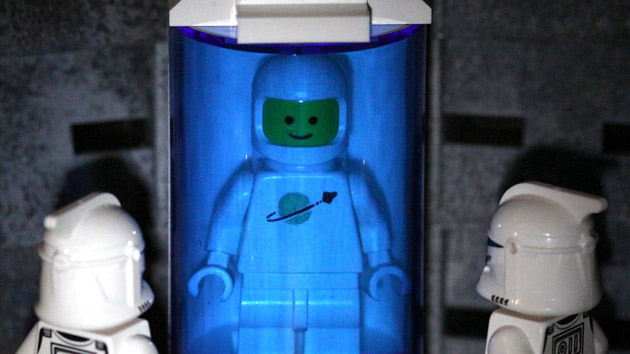 You’ve probably never heard of the fat-tailed dwarf lemur, a nocturnal primate (native to Madagascar) that hops around in trees and is about the size of a rat. But these little guys are pretty closely related to humans—relative to most other life on Earth, anyway—and they are able to do something quite extraordinary. Like bears, marmots, and bats—but unlike any other primates—they hibernate (or, as some researchers put it, enter into a prolonged “period of increased torpor”) during Madagascar’s winter season. For as much as half the year, they huddle together, dramatically slow their metabolism, and (hence the name) live off of their plentiful tail fat.

This primate species, explains University of Pennsylvania professor of medicine David Casarett, may provide a roadmap for how humans themselves might someday enter a hibernationlike state. After all, despite the dramatic differences between us, we share 97 percent of our DNA with this tiny (and super cute) mammal, according to one Duke University lemur expert. “There’s hope out there, maybe, for a wonder drug, a simple injection that will reduce somebody’s metabolism by 99 percent, and put victims in a state of suspended animation,” says Casarett, author of the new book Shocked: Adventures in Bringing Back the Recently Dead, on the latest episode of the Inquiring Minds podcast.

Why would anyone want to enter a state of suspended animation? Hibernation is characterized by a slower metabolism, a decreased heart rate, slower breathing, and much colder body temperatures. And while there are several reasons why a person might want to go there, perhaps the most common one involves staving off death. People who have just been shot or injured in a car wreck, or who are having a heart attack, all share one danger: Vital organs, like the brain, are easily damaged after going just a few minutes without receiving sufficient oxygen from their bloodstream. 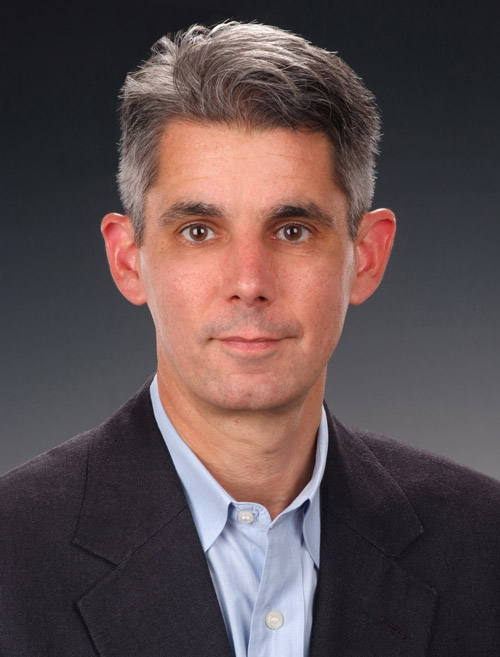 More and more evidence suggests that traditional practices of resuscitation, which may include keeping the body warm and trying to kick-start the heart (using hormones like epinephrine), can sometimes do more harm than good. Warm body temperatures and a quickly beating heart keep the organs of the body functioning at top speed, using up oxygen and other nutrients in the bloodstream. After as few as four minutes without oxygen, say from a heart attack, brain damage can set in.

So maybe we should consider putting away the epinephrine and instead encourage the body to cool down and slow its metabolism, as in hibernation, so that the organs most in danger of being irreparably harmed require less energy, and therefore less oxygen, to survive. “By cooling cells, you decrease their metabolism,” Casarett says. “You decrease the rate at which they use some of the building blocks of energy…cells also reduce the rate at which they use oxygen. And so by reducing the metabolic rate of those cells, [you] can essentially trick the body into thinking that it’s in a state of hibernation.” Casarett says that this technique holds the potential to stave off brain damage for 20 or 30 minutes—maybe even an hour.

“That would buy that victim, and his or her rescuers, enough time to be able to put that person in a safe position—get them to a hospital,” he says.

In fact, emergency medical responders and paramedics are already using ice cold saline to help preserve the lives of cardiac arrest patients. And coming up: a device called RhinoChill, that delivers a liquid coolant nasally, thereby chilling the brain.

Meanwhile, at the University of Pittsburgh Medical Center, researchers are now undertaking a clinical trial of what they call “emergency preservation and resuscitation,” in which cardiac arrest victims will have their blood pumped out of their bodies and replaced by cold saline, bringing their body temperature down to around 50 degrees. It already works in pigs: In one study, pigs were given fatal injuries, and then had their blood replaced with chilled saline, in effect dropping their body temperatures dramatically. Compared with a control group, pigs who were frozen and then rewarmed had much higher survival rates.

Here’s a video that explains the research further:

Outside of the medical realm, there are some far wilder reasons for wanting to hibernate. Long-distance space travel, for instance: A period of stasis extends your life, maybe long enough to take a journey that exceeds our current average human lifespan. 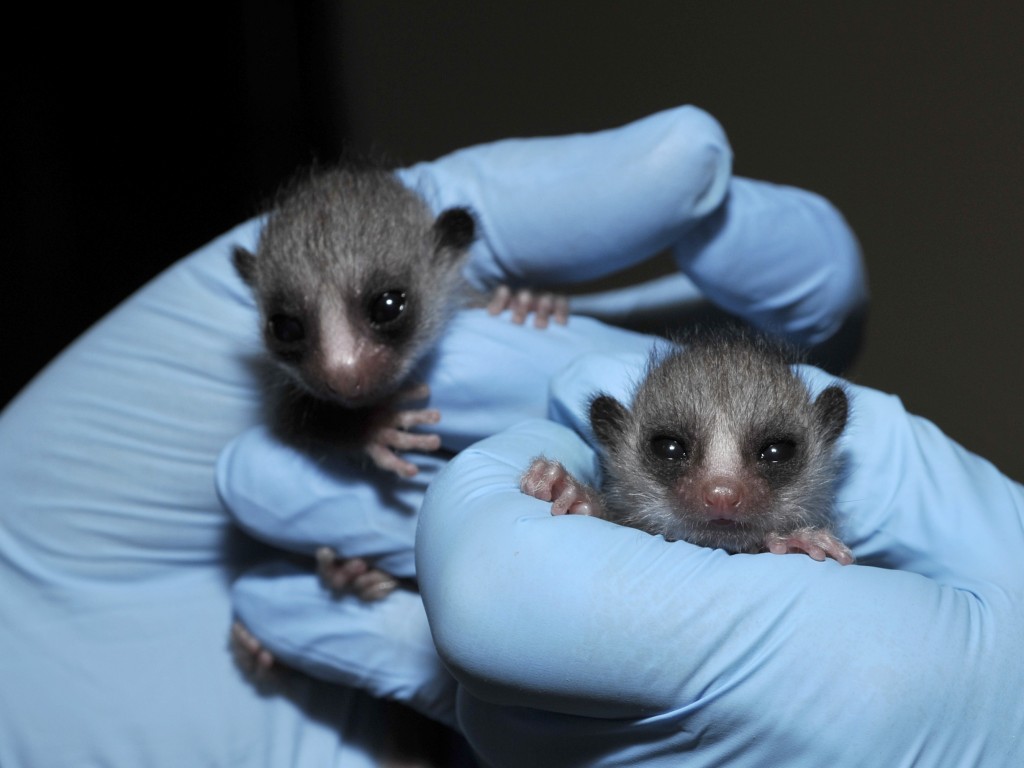 Surprisingly, given these possibilities and the fairly large number of species that hibernate, scientists still don’t quite understand how hibernation works. In lemurs, a hormone called ghrelin, which is involved in feelings of alertness and hunger, is at lower levels during hibernation, explains Casarett. “There may be something about that decrease, a decreased drive to be awake and alert and eating, that might be part of the hibernation process,” he says. Switching over to humans, Cheng Chi Lee, a researcher at the University of Texas’ Medical School, is studying a molecule that goes by the name “adenosine monophosphate” (AMP), which is one of the building blocks of adenosine triphosophate (ATP), the compound that our cells use to create and store energy. Lee’s research is showing that AMP might trigger “hypometabolism,”—in other words, it slows down the rate of energy use in our cells. And AMP is ubiquitous: In Casarett’s words, this “might be able to be almost a universal way, across species, of decreasing metabolism.” 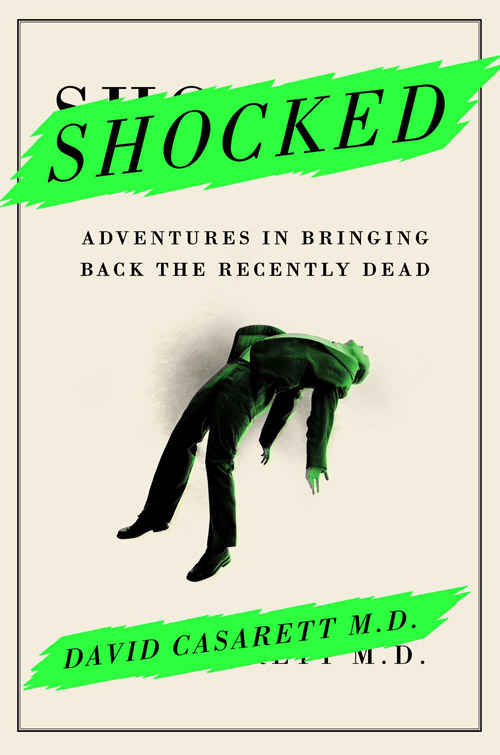 How does it work? When a molecule of AMP interacts with a molecule of ATP, it pulls off a phosphate molecule from the ATP molecule, thereby leaving the cell with less ATP. Since cells store energy in ATP, the cell then has less fuel in the tank. In his book, Casarett likens this to rising gas prices: When there is a tax on gas, people tend to conserve more. In the same way, when AMP is plentiful, cells tend to conserve energy.

There’s an extreme of all of this, to be sure. It’s called cryonics, or the idea that we might be able to freeze people for “decades or centuries” (as the Alcor Life Extension Foundation, a cryonics group, puts it) and then (hopefully) wake them up in the future. Some people today already pay large sums of money to have their heads or bodies frozen, to await a time when they might be able to be resuscitated, unfrozen and perhaps cured of whatever ails them. There are, literally, bodies preserved in liquid nitrogen, awaiting a future thaw.

But it’s a big risk. “Nobody—to my knowledge at least—has been successfully frozen and then thawed,” says Casarett. There is also a huge psychological problem: Coming back, in a vastly different era, is going to be insanely weird and disturbing. And you might be without your family, and without financial resources, although of course, would-be “cryonauts” have thought of that. “There are, I’m told, iPhone apps out there that will let you keep track—or let somebody keep track—of your stocks, and how your stocks are doing, when you’re dead,” says Casarett.

And although freezing your dead body is expensive, Alcor’s clients aren’t just the überrich. According to Casarett, some people use their life insurance policy to finance that final bath in nitrogen. So has Casarett himself signed up?

“No, I did not do that,” he says. “I can think of a lot of other charitable organizations that would probably be much more likely to use my $200,000 insurance policy in a productive way.”

To listen to the full Inquiring Minds interview with David Casarett, you can stream below:

This episode of Inquiring Minds, a podcast hosted by neuroscientist and musician Indre Viskontas and best-selling author Chris Mooney, also features a conversation with Tara Smith, an epidemiologist who is an expert on the Ebola virus, and has been debunking a large number of myths about the latest outbreak.