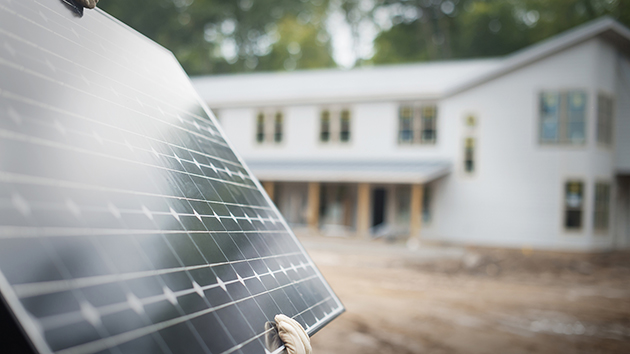 The plan announced Tuesday night for the United States and China to join forces in the fight against climate change is a big deal. It sets a new, more ambitious greenhouse gas reduction target for the US (although the target will only bring emissions slightly below 1990 levels, which isn’t as aggressive as climate scientists have advocated). It establishes a goal for China to get one-fifth of its power from low-carbon sources by 2030. And it lays out what both countries will bring to the table at next year’s international climate negotiations in Paris. That should help other countries set their own goals, and it increases the likelihood that the talks will be productive.

The deal could also be a big win for the clean energy sector. It calls for more funding for research and development projects focused on renewable energy, energy efficiency, and clean vehicles. It also includes a major new pilot project in China to study carbon capture and sequestration, the controversial technology that—at least in theory—could help China curb its emissions while continuing to burn coal for electricity.

Perhaps most significantly, the plan says that for China to meet its clean energy production target, it will have to roll out an additional 800 to 1,000 gigawatts of low-carbon energy sources by 2030. That’s roughly equivalent to the size of the US’s current electric grid, but made up entirely of non-fossil energy. So the renewable energy market in China, already the world’s biggest, is poised to grow by a lot over the next decade or so. That’s not necessarily a new development, but now we know that the growth expectation is nailed down to some specific numbers—and that it will happen with the support of the US government and American companies.

“This is what energy innovation looks like…innovation that takes advantage of demand in growing markets.”

In other words, China’s climate goals represent a big economic opportunity for both countries.

“I think the technology stuff is the most important part of this agreement,” said Alex Trembath, an energy analyst with the Breakthrough Institute. “This is what energy innovation looks like: Not only partnerships in deploying new technologies, but innovation that takes advantage of demand in growing markets” like China.

Up to this point, trade relations on clean energy have been a little icy between China and the US, especially on solar power. Over the last couple years, the explosion of the solar power market has led to some bitter trade wars between Chinese and American solar panel manufacturers, with US regulators complaining that Chinese companies were dumping super-cheap panels on the American market. The Commerce Department already raised tariffs on Chinese solar technology this summer, and it’s poised to do so again in December.

But Nick Culver, a solar market analyst for Bloomberg New Energy Finance, says yesterday’s announcement effectively signals a pivot in the Obama administration’s attitude that will ultimately benefit the US solar industry.

“Folks in the solar world are worried about a discrete number of things that can really throw the brakes in the US, and one of those things is a trade war with escalating tariffs,” Culver said. “This seems like it really relieves that fear,” because the plan makes it US policy to promote, not inhibit, China’s clean energy sector.

Culver cautioned that it could be several years before China’s new commitments translate to a noticeable uptick in manufacturing, so don’t expect solar stock prices to necessarily skyrocket right away. The bilateral plan is light on details, so it’s hard to say exactly when and how China envisions ramping up its solar deployment. But now the tone is set for a relationship between the countries that is less combative and more collaborative.

That attitude applies beyond solar power. China is the world’s biggest coal consumer; it gets more than 70 percent of its power from coal. Thanks to China’s skyrocketing growth, its coal addiction is expected to rise until 2030, when the International Energy Agency predicts China will, at its peak, consume more than half the world’s coal. To reconcile China’s need for more cheap energy with its climate goals, the plan calls for a major pilot project to study carbon capture and sequestration, a technology intended to capture carbon dioxide from coal plants and either bury it underground or repackage it for use as an industrial chemical.

The project will be a fresh opportunity to prove that CCS can be made economically viable—the closest equivalent project in the US, a coal plant in Mississippi, is a $5 billion boondoggle.

“Having CCS called out specifically is a good sign that the technology is necessary” for China to meet its climate goals, said Elizabeth Burton, director of the Global CCS Institute, a Melbourne-based think tank.

Nuclear power could also be a winner. China already has 26 nuclear reactors in the works, with an additional 60 planned, according to the Nuclear Energy Institute. These will likely become a key component of China’s push for low-carbon energy.

Trembath said the agreement is a model for international collaboration on climate action that reduces our collective carbon footprint without the geopolitical hassle of a legally binding global treaty.

“If you really want to gather momentum for clean energy,” Trembath said, “you have to take advantage of China.”