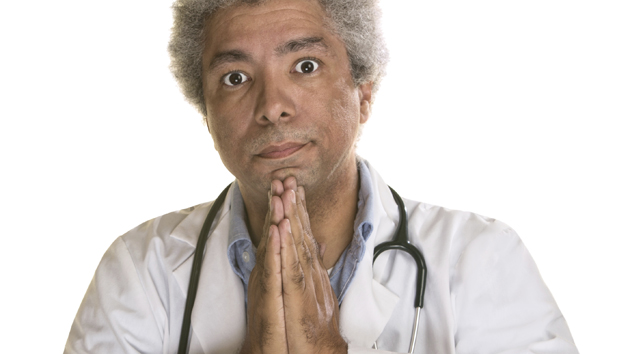 As the 2015 measles outbreak grows, debate has centered on so-called anti-vaxxers, many of whom request school vaccine exemptions for their kids based on the widely discredited notion that the MMR (measles, mumps, rubella) vaccine can cause autism. But plenty of others—more than 28,000 last year—request exemptions for religious beliefs. Religious exemptions are offered in all states but West Virginia and Mississippi, whereas “personal belief exemptions” are only offered in just 20 states.

So who are these people? Which religions reject vaccines, and why?

Christian Scientists and other faith-healing traditions are opposed due to the belief that prayer should precede modern medicine. Mostly, though, religions lean in favor of vaccinating. Mormon leaders have urged their faithful to vaccinate, and Jewish and Muslim leaders have even made exceptions for vaccines that may include ingredients derived from pigs. The Dalai Lama, meanwhile, helped launch a vaccine program in India.

For some Christians, it’s the origin of the MMR vaccine that makes things morally murky. The rubella portion (the “R”) was developed in the 1960s using stem cells from aborted fetuses in an effort, ironically enough, to save other fetuses: Rubella at the time was sweeping parts of Europe and the outbreak had come to America. Women infected during the first 12 weeks of pregnancy develop congenital rubella syndrome, which can cause mental retardation, encephalitis (swelling of the brain), deafness, heart disease, and other dangerous birth defects in the developing infant. Many of those women chose to terminate their pregnancies.

A doctor at the Wistar Institute in Philadelphia isolated the virus from a rubella-stricken fetus. Another Wistar doc extracted cells from a different aborted fetus to develop the cell line that is now used to culture a weakened strain of rubella for the vaccine. (For more on how vaccines are made, click here.) But the vaccine itself contains nothing of fetal origin. In fact, no vaccine contains any human tissue.

Although the MMR vaccine remains a hot topic of debate among pro-life groups, many religious leaders have decided that that, morally speaking, the benefits of the rubella vaccine outweigh its costs. In 2008, the Vatican, under Pope Benedict XVI, concluded that it was okay for Catholics to get the shot, with a caveat:

Grave reasons may be morally proportionate to justify the use of such “biological material.” Thus, for example, danger to the health of children could permit parents to use a vaccine which was developed using cell lines of illicit origin, while keeping in mind that everyone has the duty to make known their disagreement and to ask that their healthcare system make other types of vaccines available.

“There is a judgment here, both scientific and moral, that says vaccination is part of my obligation—civic and moral—to others.” To protect one another, he said, “that’s an important biblical teaching…It is relevant that those who accept vaccination for themselves or their children do so without any intention of endorsing abortion,” he further wrote. “The fact that there is a remote association with abortion does not establish moral culpability.”

Given the current environment, these kinds of public statements are helpful to the authorities trying to close the vaccination gap. People rarely make vaccination decisions on their own, notes a 2013 study in the journal Pediatrics: “Instead, parents are influenced by their social networks, broadly defined as the people and sources they go to for information, direction, and advice.”

Engaging with religious leaders has proved critical to the success of UNICEF’s international polio eradication campaign, says spokeswoman Sherine Guirguis. “They are such great advocates when we want to promote a behavior like immunization or child health, as well as if we have a challenge where people are questioning, ‘Is this safe for my child?’ They have been champions and experts to help promote the vaccines.”