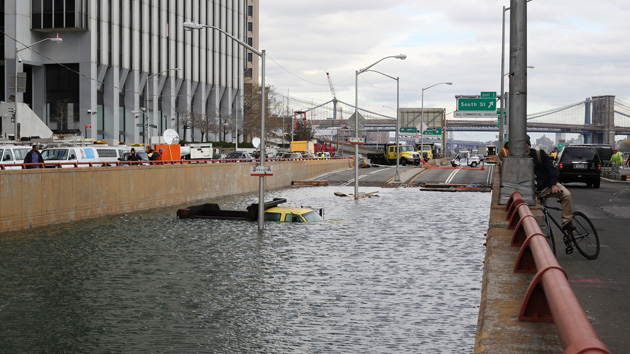 The New York City Panel on Climate Change has released its latest report, and it’s just the kind of reading to warm those frigid winter bones. By the 2080s there could be an 8.8-degree rise in temperature as well as six heat waves a year, sweltering conditions that scientists say will “increase the number of heat-related deaths that occur in Manhattan.”

Compare those predictions to what’s already occurred and it’s easy to be worried. Mean temperatures in New York rose 3.4 degrees from 1900 to 2013, a slug’s crawl compared to the rate of fossil-fueled scorching predicted for the rest of the century. There were an annual average of two heat waves in the 1980s; dealing with half-a-dozen every year sounds like hell.

And because it’s never too soon to dream of the warm season, the report drops this bomb: “It is more likely than not that the number of the most intense hurricanes will increase in the North Atlantic Basin, along with extreme winds associated with these storms.” (The changing climate’s effects on wintry nor’easters is uncertain, it adds.)

There are plenty of other alarming things to parse in the panel’s report, put together by policymakers and NASA. The space agency has picked out these notes and projections:

It is “virtually certain” swollen seas will ratchet up the frequency and ferocity of coastal flooding, warns the panel. The New York of 2100 could have double the amount of land vulnerable to historic floods than currently outlined in FEMA’s proposed flood-insurance rate maps. (By 2016, people living within the FEMA zones will be required to buy flood insurance if holding mortgages from government-backed lenders.)

Queens faces the biggest threat from the encroaching seas, and next it’s Brooklyn, Staten Island, the Bronx, and Manhattan. To see if your neighborhood could be gentrified by carp, consult this map showing how far historic (aka 100-year) floods could travel in a high-emissions scenario: 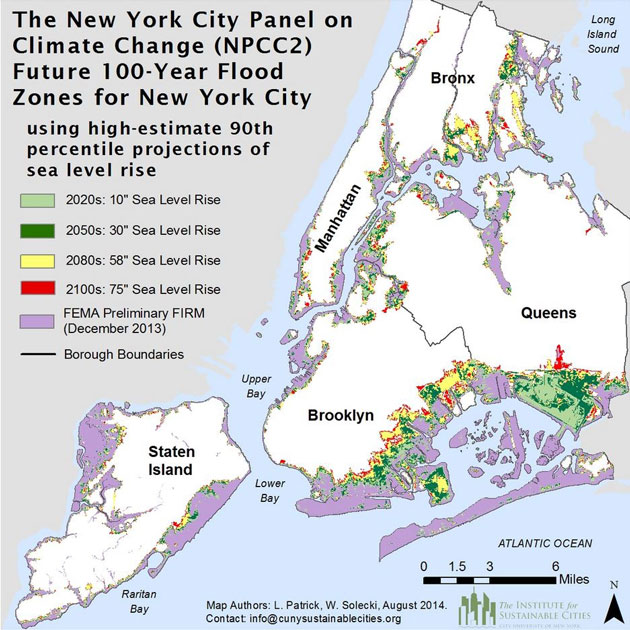