Civilian drones are becoming an inescapable part of the skyscape. They are taking us inside protests, providing harrowing footage from the Nepal earthquake, and even crashing down on the White House lawn. But they may be making the biggest difference within the world of research science.

While no one can agree on what to call them, the industry at large is expanding exceedingly fast. And the fastest growing sector? The civilian use market, which is projected to grow at an annual rate of 19 percent  through 2020, according to Business Insider. There’s also been a rapid decline in price, with many quadcopters—simple, small, four-rotor helicopter drones—available for $1000 or less.

On the latest installment of the Inquiring Minds podcast, we spoke with Eric Cheng, the director of aerial imaging at DJI, a leading manufacturer of consumer drones based in China. “These drones are sweeping across the world allowing people to capture low-altitude imagery, relatively affordably, for the first time,” says Cheng. “They are starting to feel much more like cameras that happen to not be in your hands, than they are drones that carry cameras.” Cheng let us take the DJI Phantom 3 Professional quadcopter out for a spin around Mt. Davidson in San Francisco as we discussed the impact that drones are having on scientific research. You can watch a short video we put together (above) or listen to our full interview with Cheng (below):

Cheng frequently tests the limits of his technology by going to the ends of the Earth, often with teams of scientists in tow. “Scientists are absolutely fascinated by what’s possible,” says Cheng. So how are drones changing research?

1. Going where no one has gone before. Even with the most advanced equipment, there are places on Earth that humans can’t go. Drones have been able to penetrate some of these areas, offering glimpses into dynamic environments. Cheng himself has taken a drone directly into the middle of a volcanic eruption. (You can watch an incredible video of that below.) Ocean drones are charting the depths of the seas, 95 percent of which are still unexplored. Drones are even being used to monitor and predict where oil spills will flow in complicated ocean currents.

2. Tracking endangered species with new precision. Drones are booming in conservation science. These tools are able to image, track, and monitor species that live in jungle canopies, while introducing minimal human impact. Communities of researchers, such as ConservationDrones.org, have emerged to share strategies and open source drone designs. In one example, ConservationDrones has mapped hundreds of areas across Africa, identifying never-before-seen orangutan nests high up in forest canopies. This information could be critical in the fight against poachers and in efforts to monitor how land use change is impacting wildlife. 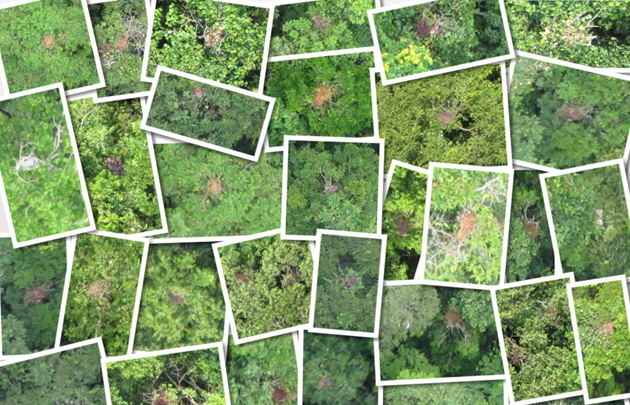 A collage of images of orangutan nests photographed by conservation drones. DrLianPinKoh/Flickr

3. Dramatically lowering the cost of automated monitoring. Private investments in drone technology reached a record $65 million in the third quarter of 2014. At the same time, the cost of key drone components (inertial measurement units, brushless motors, accelerometers) are rapidly falling. That means drones have become affordable for researchers and amateurs alike. The DJI Phantom 3 flown during this interview retails for $1,259.

In the context of scientific research, many of these drones can be deployed as autonomous sensors, outfitted with specialized monitoring equipment. In agriculture, scientists have used drones to monitor water usage in drought-stricken areas in an effort to improve efficiency. The low altitude, high-resolution imagery offers more precision than satellites, at a fraction of the price. 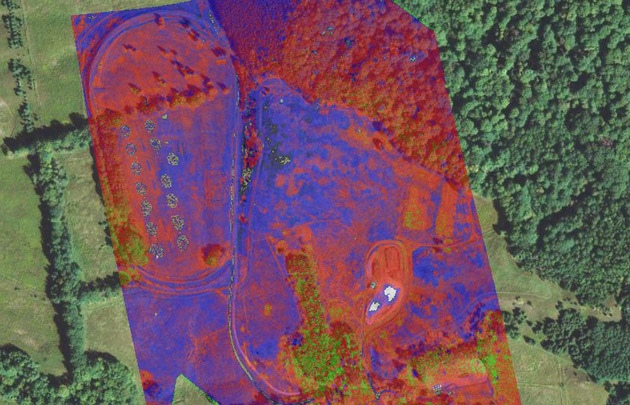 To listen to our entire interview with Eric Cheng, click below:

This story has been revised since publication.