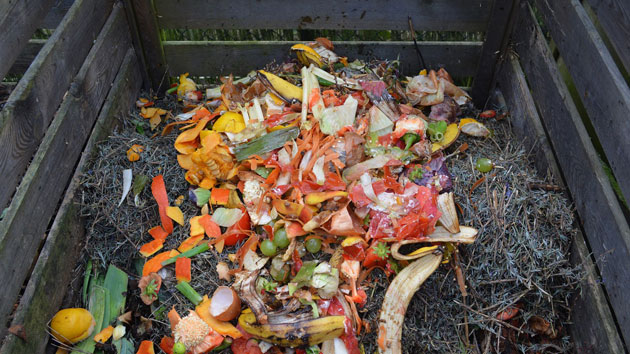 America wastes insane amounts of food. Pretty much everyone knows that. It turns out, however, that hardly anyone thinks they’re among those who trash perfectly edible food. In a new study from the Johns Hopkins Center for a Livable Future (CLF) published this morning in the journal PLOS ONE, researchers surveyed 1,010 nationally representative Americans to better understand the public’s perception of food waste, and discovered that three-quarters of them believe they waste less food than the national average.

The average American family wastes between $1,365 to $2,275 worth of food and beverages annually.

Despite the fact that as much as 40 percent of American food goes uneaten—primarily from homes, stores, and restaurants, and at a cost of more than $160 billion a year—”Americans perceive themselves as wasting little,” said study leader and director of the Food System Sustainability & Public Health Program at CLF, Roni Neff in a statement. “But in reality, we are wasting substantial quantities.” The average American family wastes between $1,365 to $2,275 worth of food and beverages annually.

We waste so much, in fact, that New York City’s Sanitation Department wants to require restaurants, catering companies, grocery stores, and others to start composting all of their wasted food by July 1, but is concerned that that the city may not have the capacity to handle it all. Currently, the nine facilities in the area can only compost a measly 100,000 tons of waste. (If all New Yorkers were to start composting, they’d produce an estimated one million tons of wasted food.)

More than a third of the survey’s respondents claimed they don’t throw away food at all or very little. The top reasons listed for wanting to throw out less food were to save money and set a positive example for children. Environmental reasons came in last—despite the profound environmental impacts of wasted food, which accounts for a quarter of the fresh water supply and 300 million gallons of oil a year.

The study, in addition to asking about individuals’ food waste habits, also covered general awareness, knowledge, and attitudes towards wasted food. Read the study to see how all the questions break down here.