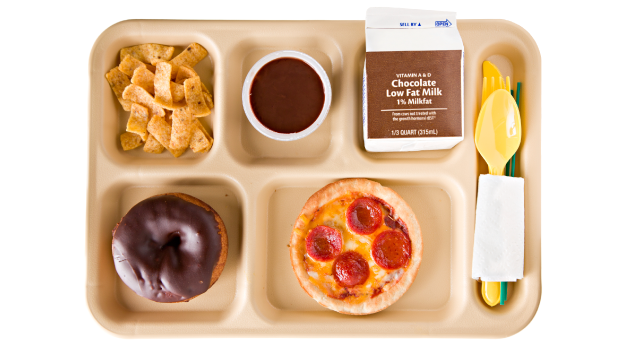 It’s no secret that school lunch isn’t exactly healthy—Cheetos, Domino’s, and funnel cake are still fair game to serve to the millions of kids that receive free food under federal breakfast and lunch programs.

A report released this week by the Physicians Committee for Responsible Medicine reveals which companies are profiting off of school meals. Schools buy a lot of their food, at very cheap rates, from the US Department of Agriculture—which in turn buys ingredients from private companies.

The report found that in 2013, the USDA bought over $500 million worth of food from 62 meat and dairy companies—and just six large companies accounted over half of those sales.

In addition to buying food from the USDA, schools can buy directly from private companies—and the meals have to comply with a set of regulations that went into effect last summer and require the meals to contain a certain amount of whole grains, fruits and veggies. Since then, a number of companies have reformulated their products to meet the minimum requirements, marketing supposedly nutritious options like corn dogs made with whole grain flour and antibiotic-free chicken tenders.

When the Physicians Committee reviewed ads targeting the School Nutrition Association (SNA), a professional organization representing the 55,000 school food service employees that decide which food to buy, they found that the ads were dominated by these faux-healthy foods. As they put it,

Of 106 ads for unhealthful meat and dairy products, 23 were full-page ads for Domino’s or Pizza Hut pepperoni pizza. Pizza is the number-two source of calories for children and adolescents ages 2-18, according to the 2010 Dietary Guidelines for Americans. It is also the second-leading source of saturated fat and the third-leading source of sodium.

A Domino’s ad in one issue of the magazine even urges “Help us take a slice out of cancer,” despite the fact that a daily serving of pepperoni or other processed meat is linked to colorectal cancer risk. Similarly, women who consume the most red meat during childhood are at higher risk for developing breast cancer.

Here are a few examples of ads for “healthy” foods—pizza, mozzarella sticks, and corn dogs—from SNA’s School Nutrition magazine, which came out in advance of the organization’s annual conference. 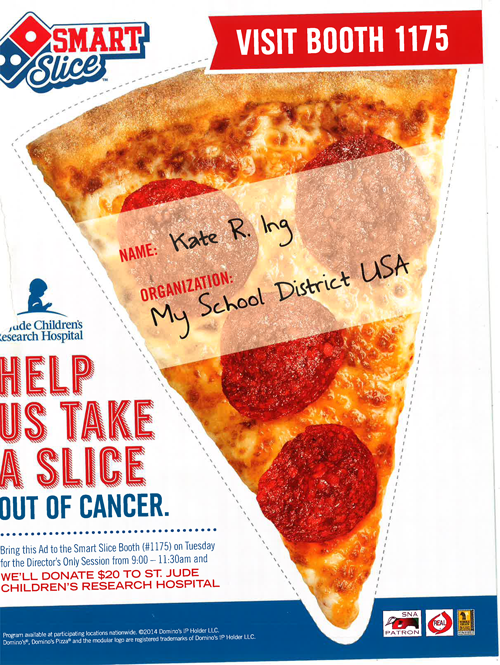 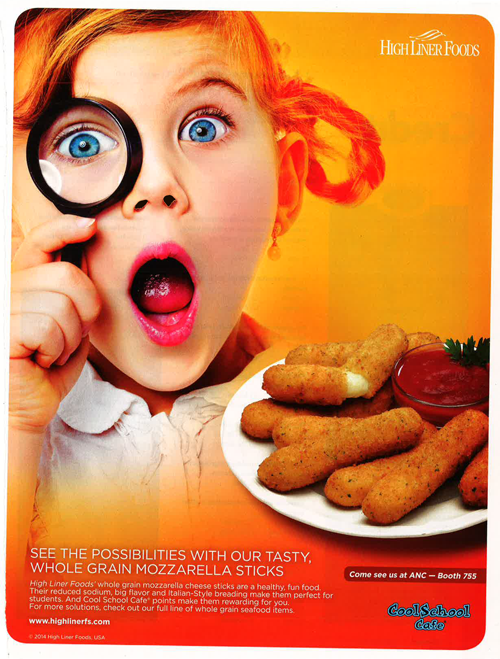 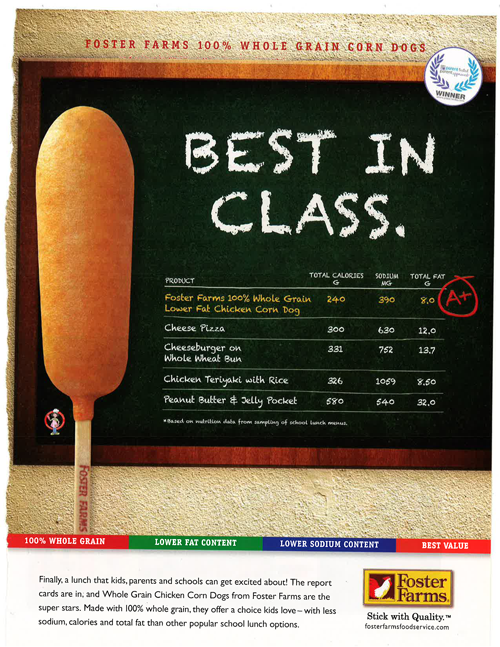 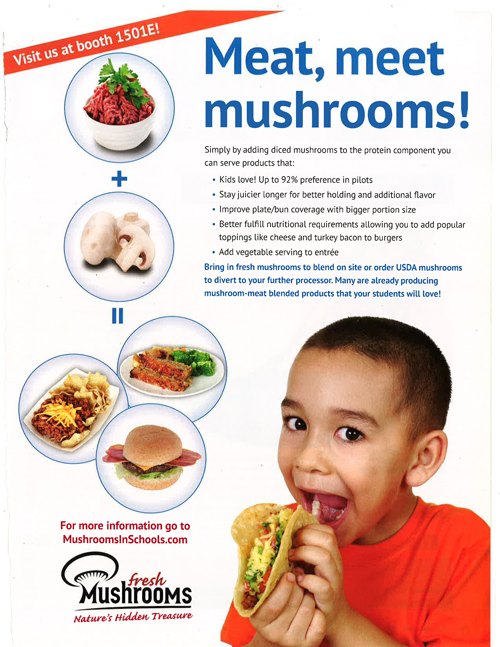 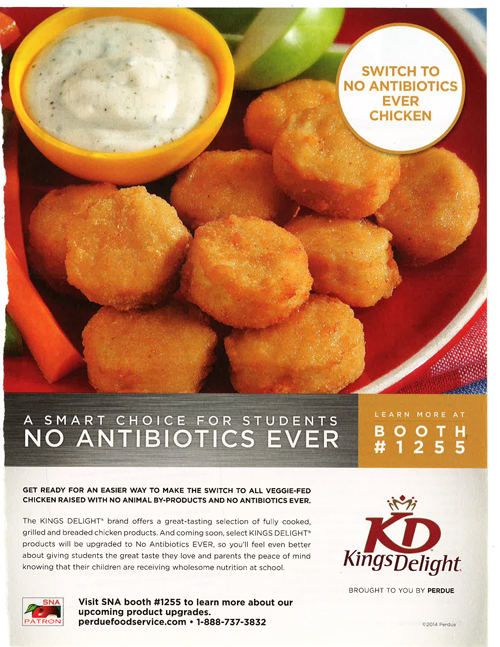 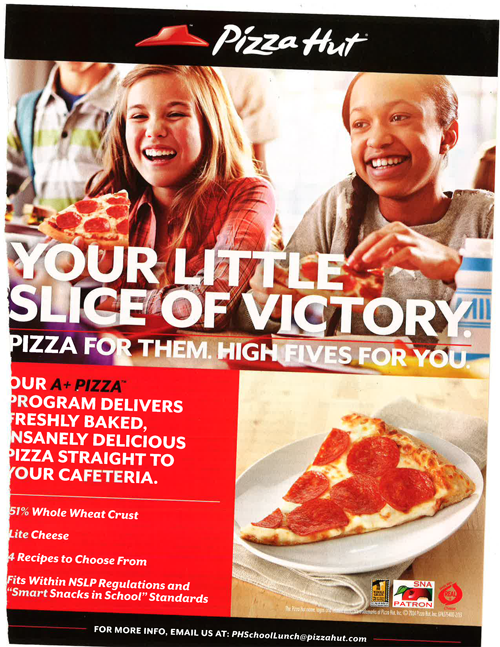