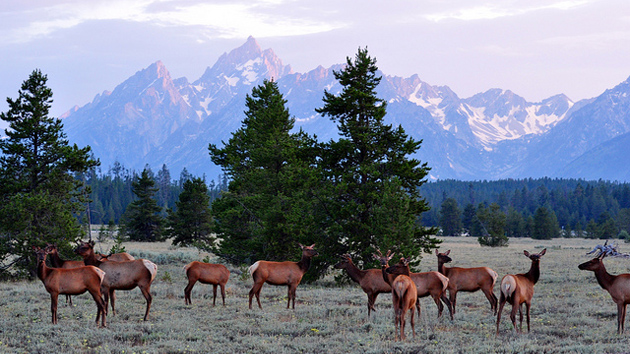 Ecotourism—the practice of visiting natural places not just to observe wildlife, but to actively conserve it—has seen dramatic growth in recent years: 7 percent annually, says the International Ecotourism Society, making it the fastest growing segment of the travel market. It’s not hard to understand why when you consider the promise of fun and charitable rewards in equal measure: In one fell swoop, zip-line through the cloud forest and save the orangutans that swing through it, too.

“These animals become more blasé about everything.”

But new research may give travelers pause before dusting off the binoculars or snorkels for their next ecotourism adventure.

A paper published Friday in Trends in Ecology and Evolution suggests that visitors to protected wildlife areas may be harming the local fauna, no matter how good their practices and intentions. In an analysis of 100 studies on animal behavior, researchers found evidence that animals let down their guard in environments where human activity makes predators scarce. Those behaviors could spill into interactions with poachers and natural predators—particularly at night or in the off-season, when the din of humanity abates—to potentially lethal effect.

“These animals become more blasé about everything,” says Daniel Blumstein, a study co-author and chair of ecology and evolutionary biology at the University of California-Los Angeles. Beyond becoming less vigilant, they can also become more bold, he adds, as they grow accustomed to regularly filching food left out by human visitors.

The study is an initial exploration into whether wildlife in heavily trafficked, but officially “protected” areas could be experiencing behavioral changes similar to domesticated animals or those living in urban environments. Such parallels wouldn’t be surprising, given the heavy amount of human activity in these regions: protected areas now see 8 billion visits each year, Blumstein says.

That’s particularly troubling for travelers who are looking to make a positive impact on nature in addition to observing it—so-called ecotourists who generally adhere to standards for sustainability and seek to contribute to local communities and conservation activities during their visits. “Ecotourists in theory are trying to do good things to protect biodiversity; they’re trying not to trample plants or startle wildlife,” says Blumstein. “But many are completely unaware of their impact. People can’t go to these areas and not have an impact.”

One study included in the analysis, published in PLOS ONE last year by ecologists at Colorado State University, investigated the impact of human activity on wildlife behavior in Grand Teton National Park. The researchers found that prey animals, like elk and pronghorn antelope, took “refuge” in areas of predictable human activity where food was present and predators were not—near the park lodge, or along bustling ring roads—and tended to eat more and spend less time in alert postures.

“Are we making animals dumber?” So far, the evidence is looking plausible.

“Are some of these animals changing their behaviors? Anecdotally, yes,” says Taylor Phillips, owner of Eco-Tour Adventures, which operates in Grand Teton and Yellowstone National Parks. “These animals are definitely comfortable with people. Definitely more so than they would be 50 miles off the road in the backcountry.” He says he’ll see moose with young calves hugging the main roads, where predators are deterred by the presence of cars and people.

But in national parks where millions of people gawk at the wildlife through binoculars and iPhones, Taylor says the best he can do as a tour operator is stay vigilant, minimizing visitors’ direct interactions with the wildlife and noticing when animals are visibly bothered by a tour group’s presence.

The question is whether the behaviors of those moose—and other protected wildlife—are hurting their chances of survival in the long run, and Blumstein cautions that more research is needed to determine the extent to which habituation to humans bleeds into interactions with predators. But in the meantime, an answer to the question he and his colleagues have long debated—”Are we making animals dumber?”—seems to be growing clearer. So far, he says, the evidence is looking plausible.