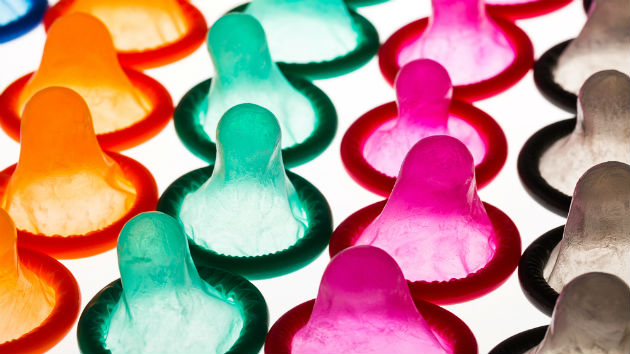 Twenty years ago, when the eco-home products company Seventh Generation was in its heyday, co-founder and then-CEO Jeffrey Hollender trademarked the name Rainforest Rubbers, assuming that, as with cleaning and parenting products, people would be into sustainably-produced condoms. Nothing came of that idea, until Hollender’s millennial-aged and business-school-educated daughter, angered by how so few women her age wanted to buy condoms and frustrated by the dearth of sex products with natural ingredients, decided to get involved.

So decades after its conception, the father-daughter duo finally brought Hollender’s idea to fruition, dumping his name for something sleeker and creating a condom that’s sustainably produced, lacks the carcinogenic chemicals found in the standard brand, and is marketed specifically for women. Their Sustain Natural condoms brand, which has been on the market for just a year and a half, is one of a handful of eco- and body-friendly condom brands that have cropped up in recent years. The new wave of condoms include brands that take a more hipster, less macho tack to advertising, one that delivers condoms by bike and one that named their company after unicorns, for example.

Since founding Sustain, the Hollenders have gone beyond their flagship product, which boasts a long list of certifications and perks—they now also manufacture and sell “post-play wipes” and lube. And Jeffrey’s wife runs the companies charitable arm, which donates 10 percent of its condom and lube proceeds to women’s health care organizations such as Planned Parenthood.

Meika and her father, whom she calls “Jeffrey,” chatted with Mother Jones about latex allergies, lube, and what it’s like creating a condom company with your dad.

Jeffrey: If you look at the life cycle of the condom, you start with the fact that they’re made from the sap of the rubber tree, like maple syrup is from a maple tree. We were lucky enough to find the world’s only fair trade certified rubber plantation. The plantation provides free education for 1,000 people in southern India. They built a hospital that provides 100 percent free medical care to employees and a discount to the whole community. And they provide free housing. It’s the only one certified by the Forest Stewardship Council, which means they’re managing the biological diversity on the plantation, the use of chemicals and pesticides. We took that through to the factory—changing the way the product is made. We reduced the protein content in the latex, which is what causes allergies. Most condoms are contaminated with a carcinogen called nitrosamine. We removed casein, which makes it ok for vegans to use. It’s the only non-GMO-certified condom in the United States. But the more important part of the story is that condoms help women plan the size of their families. When women plan the size of their families they have a better socioeconomic outcome. There’s a lot we can do without, but we need condoms. The world’s most sustainable, responsible, condoms.

MJ: How is the standard condom made?

Jeffrey: Mostly there’s children working on the plantation. If you look at the living conditions of most rubber capitals and their income relative to other people in those countries, they’re at the lower end of the spectrum. That’s invisible to most consumers. There’s been way more progress in the labor conditions of fair trade coffee, but condom production is a whole world that people have not shined a light on.

MJ: Why does Sustain focus on women’s condom use instead of men’s?

Meika: Our goal in the condom space is to get more young women to be using condoms, period. We have to get more women to use condoms over time which is going to take education. 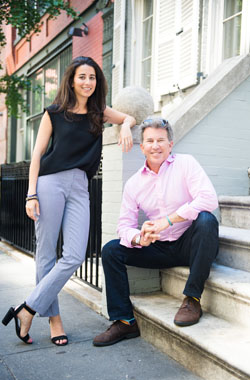 Jeffrey: It’s scary how few women use condoms. The average woman who graduates from her first year in college, 25 percent will have an STD because they aren’t using condoms. In Sacramento today and New York until a year ago you could be arrested for carrying condoms. We’ve been supporting a group of women in Sacramento to help change that law. You shouldn’t be searching and arresting them because they carry a condom. It also sends a terrible message to young women about what it means when you do.

MJ: On the website you talk specifically about gay women and men. Will non-straight relationships be a focus of yours?

Jeffrey: We have not been as focused on the LGBT market as we should be, and we see a real opportunity. Particularly with lubricants, it’s a huge issue for gay men, and the health issues with lubricants are very significant for both sexes.

Meika: You don’t want to use anything that has parabens or glycerin. And you don’t want petroleum-based lube. What happens with the petroleum when it enters your body is it damages the cell tissue in that area and makes you more susceptible to contracting an STI. That combined with bacterial vaginosis, which can also be caused by petroleum or silicone-based lubricant, makes you 13 times more likely to contract an STI. So the health benefits were so obvious to us. And women in general are moving in a direction of wanting more natural condoms.

MJ: What kind of stereotypes do you two experience as a father-daughter condom company?

Meika: In the original round of investing, Jeffrey was raising money from friends, like upper class white men who thought the idea of starting a condom company with your daughter is a little uncomfortable. But we draw a line. People have been like, “Why don’t you do eco sex toys?” honestly that to me is something we wouldn’t want to do together. It’s a sensitive relationship and condoms is more of a public health category. If something does make us uncomfortable, most things don’t, but we do draw a line.

Jeffrey: There’s no child I know of who says, “When I grow up I want to be a condom salesman!” I say to Meika, “You have to be brave to do this.” People think it’s a weird thing for a father and daughter to be doing because it’ not something we talk about openly enough and that people have fears and secrets about. So from my perspective it’s a great way to shift those attitudes for us to be in business about it. No one should think twice about it.

MJ: How many people assume that sustainable condoms means they are biodegradable?

Jeffrey: Nobody wants a biodegradable condom.

MJ: How will Sustain condoms increase the number of women buying condoms?

Meika: One is just through packaging, branding, and design. The condoms on the market were all extremely male oriented, and women felt like they had no brand loyalty because they weren’t targeted at them. So that was a low bar for us we just thought we could create something that’s more beautiful, that has more functional benefits and attributes, like the sustainability piece.

Jeffrey: Tactically, we’re helping to overturn these laws around women carrying around condoms is also foundational. It continues to reinforce these attitudes that are so dangerous. We haven’t met anyone that has the magic solution to changing these attitudes. We know there’s an absence of dialogue with families and pediatricians. There’s not one point you can focus on that will change this.