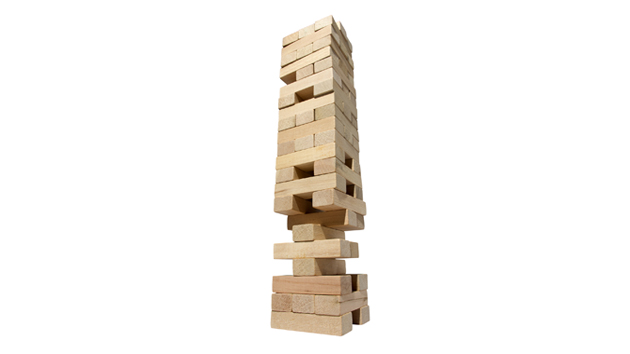 Draft three of the Paris climate document is here, but it ain’t over yet. The delegates still have plenty of sleepless hours left.

And they have plenty of brackets to argue over, too. Those areas of disagreement—especially in the three seemingly intractable topics of finance, differentiation, and loss and damage. For the uninitiated, that’s paying for the future, reparations for the past, and whether the countries footing those bills are long term developed places like the US, or if they should include developing countries like China. On the positive side, the draft looks like it’s finally converged on a goal: To keep the global average temperature from warming between 1.5 and 2 degrees C above historic levels.

That said, this version of the agreement is actually starting to look like an agreement. Today’s bracket-count is a solid 50, down from 361 in Wednesday’s draft. “To extent that unbracketed sections of text reflect agreement, it seems like a lot has been streamlined,” says Dan Bodansky, a legal expert on climate change at Arizona State University’s Sandra Day O’Connor College of Law.

It’s Fabius’ job to interpret the decisions and write the agreement. In diplomatic slang, this is called “having the pen.”

The fights continue, of course. Rich countries don’t want to pay the damages climate change has already done to poor countries (heat waves, drought, sea level rise, etc.) Some countries want an independent agency or body to track emissions, and the results to be transparent. Other countries say that encroaches on their sovereignty.

But we’re close, right? Well…after French Foreign Minister Laurent Fabius unveiled Wednesday’s draft, a bunch of countries sounded off with complaints about sections of the document that had been removed from brackets—which is to say, that everyone had agreed upon.

Is that confusing to you? Frustrating, perhaps? Welcome to COP freaking 21. See, when a section of text loses its brackets, that’s not necessarily because the countries have all agreed on it. In the negotiating process, countries and groups of countries wheel and deal over various aspects of the agreement. Some of this happens in large plenary gatherings, some of it happens in smaller working groups, and some of it happens in hotel rooms and hallways. All along the way, Fabius is keeping tabs. It is his job to interpret the decisions and write the agreement. In diplomatic slang, this is called “having the pen.” (I may have oversimplified the treaty process slightly. Ahem.)

That means Fabius can add or subtract brackets whenever he wants. Removing brackets tends to move discussions along. But Fabius is playing a diplomatic, apocalyptic game of Jenga. If he pulls too many at once, or demonstrates some kind of favoritism, the other countries can vote to take the pen away from him. “If I were the French, I would be concerned if push too far too early there will be a backlash and undercut your ability to do more,” says Bodansky. The trick is to calibrate the debracketing, so that the 11th hour draft is close enough an agreement that it gets voted in. It takes a very steady hand.

Fabius seems to be pretty good at this. Just about every other country’s delegates spend the first 30 seconds of their podium time lavishing praise on the guy. It doesn’t seem like the usual diplomatic BS. Then they get into their complaints with the document. C’est la vie. (Because I’m in France!)

But seriously, for a contrast to Fabius’ perspicacité, Look back to the 2009 Copenhagen climate meeting. It was the culmination of four years of negotiations during with the Danes had the pen. At the end, they revealed a document they’d written—and it bore little to no resemblance to what the negotiators had spent so long working on. Everyone basically walked away. And the world got hotter.

Comparatively, the French have been pretty canny. The question is whether they can keep pushing both hard, and soft, enough.