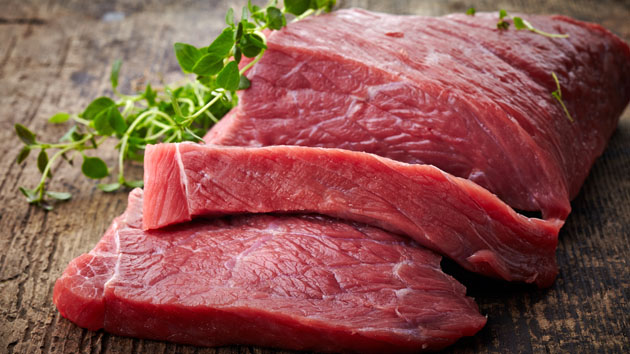 This story originally appeared in Wired and is reproduced here as part of the Climate Desk collaboration.

Every five years, the government tries to tell Americans what to put in their bodies. Eat more vegetables. Dial back the fats. It’s all based on the best available science for leading a healthy life. But the best available science also has a lot to say about what those food choices do to the environment, and some researchers are peeved that new dietary recommendations released yesterday seem to utterly ignore that fact. 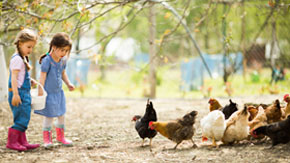 But Americans consume more calories per capita than almost any other country in the world. (Austria occasionally out-gorges the US.) So the things Americans eat have a huge impact on climate change. Soil tilling releases carbon dioxide, delivery vehicles burp exhaust, and cattle spend much of their life farting methane into the atmosphere before they end up medium rare and slathered in A-1. The government’s dietary guidelines could have done a lot to lower that climate cost. Not just because of the bully pulpit: The guidelines drive billions of dollars of food production through federal programs like school lunches and nutrition assistance for the needy.

On its own, plant and animal agriculture contributes 9 percent of all the country’s greenhouse gas emissions. That’s not counting the fuel burned in transportation, processing, refrigeration, and other waypoints between farm and belly. Red meats are among the biggest and most notorious emitters, but trucking a salad from California to Minnesota in January also carries a significant burden. And greenhouse gas emissions aren’t the whole story. “Food production is the largest user of fresh water, largest contributor to the loss of biodiversity, and a major contributor to using up natural resources,” says Miriam Nelson, director of the John Hancock Center on Physical Activity, Nutrition, and Obesity Prevention at Tufts University.

All of these points and more showed up in the Dietary Guidelines Advisory Committee’s scientific report, released last February. Nelson chaired the subcommittee in charge of sustainability for the report, and is disappointed that bullet points like eating less meat and buying local food aren’t in the final product. “Especially if you consider that eating less meat, especially red and processed, has health benefits,” she says.

So what happened? The official response—foreshadowed last October in a joint press release from the secretaries of Health and Human Services and the USDA—is that sustainability falls too far outside the guidelines’ official scope, which is to provide “nutritional and dietary information.” (A government spokesperson referred me back to that press release when I requested to speak with an official about the sustainability omission.)

Possibly the agencies in charge of drafting the decisions are too close to the industries they are supposed to regulate. “On one hand, the USDA is compiling dietary advice,” says David Wallinga, a physician and senior health officer with the National Resources Defense Council. “On the other, their clients are US agriculture companies.” To the USDA’s credit, the agency makes sizable investments in sustainable farming.

Still, the line about keeping the guidelines’ scope to nutrition and diet doesn’t ring quite right with researchers. “In previous guidelines, they’ve always been concerned with things like food security—which is presumably the mission of the USDA,” says Wallinga. “You absolutely need to be worried about climate impacts and future sustainability if you want secure food in the future.”

It’s not just that climate change will almost certainly change what crops can grow where, and could even turn some of America’s prime grazing land into deserts. Fish stocks in many places are already dangerously low—and yet this year’s guidelines recommend that Americans eat up to six ounces of seafood a week. “But it doesn’t address where that seafood is going to come from,” says Wallinga.

At last December’s Paris climate talks, many scientists and politicians made it clear that meeting any climate change goal would be impossible without addressing agriculture. And in light of the Obama administration’s rhetoric at the talks—US negotiators resolved to make every effort in steering America toward a more sustainable future—these guidelines seem downright incongruous. “I think one of the things we had hoped for coming out of Paris was harmonization of policy across different federal departments,” says Nelson. Then again, nobody said keeping resolutions was easy.