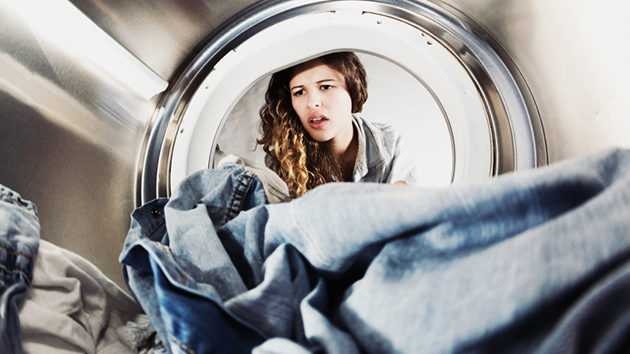 For Joyce Miller, a 57-year-old professor of library science in upstate New York, one sniff of scented laundry detergent can trigger an asthma attack. “I feel like someone is standing on my chest,” she says. “It’s almost like a choking feeling—pressure and choking. And then the coughing starts.”

“Fragrance” can mean any of thousands of combinations of chemicals whose identities are not disclosed.

Miller is just one of countless Americans who are sensitive to “fragrance,” a cryptic category of ingredients manufacturers add to products from cleaning supplies to toiletries. This generic term encompasses thousands of combinations of chemicals that give consumer goods their odors, but the identity of those chemicals is rarely disclosed.

For decades, fragrance makers have insisted on treating their recipes as trade secrets, even as complaints about negative health effects have proliferated. A 2009 study, for example, concluded that nearly one-third of Americans were irritated by the smell of scented products on others, and 19 percent experienced headaches or breathing difficulties when exposed to air fresheners or deodorizers.

The fragrance industry, with projected global sales of $40 billion this year, insists it ensures the safety of its products through a rigorous system of self-regulation administered by its trade group, the International Fragrance Association. But Women’s Voices for the Earth, a small consumer advocacy group in Missoula, Montana, recently outlined some troubling flaws in the industry’s methods and identified scores of chemicals used in its mixtures as toxic substances.

“There’s a real kind of state of ignorance on the part of scientists, on the part of researchers, on the part of consumers, on what is in fragrance and how safe fragrances are for your health,” says Alexandra Scranton, director of science and research at Women’s Voices, whose mission is to eliminate toxic chemicals that predominately affect women. “We were trying to pick apart the claim that the industry is ensuring the safety of fragrance.”

This problem isn’t new. In 2005, California passed the Safe Cosmetics Act, which compels manufacturers to report any product containing ingredients suspected to cause cancer, birth defects, or reproductive harm. But the reporting database doesn’t include ingredients, including fragrance chemicals, that the companies identify as trade secrets—and experts worry some manufacturers are failing to comply altogether.

At the federal level, the Food and Drug Administration, which oversees cosmetics, doesn’t require manufacturers to prove in advance that their ingredients are safe—the FDA must demonstrate harm before requesting a recall. And while the agency compels cosmetics makers to disclose their ingredients, it, too, has a trade-secret exemption for fragrance or flavor chemicals. Products such as laundry detergents and air fresheners fall under the purview of the Consumer Products Safety Commission, which does not actively screen fragrances for safety.

“Government has failed to provide a real regulator…There are plenty of examples of where counting on the good graces of industry has wound up being a mistake.”

“Government has failed to provide a real regulator,” which is a problem, says Scott Faber, vice president of government affairs for the Environmental Working Group (EWG). “There are plenty of examples of where counting on the good graces of industry has wound up being a mistake.”

In May 2010, a coalition called the Campaign for Safe Cosmetics revealed the results of independent tests it commissioned on 17 popular perfumes, colognes, and body sprays. EWG analyzed the results: Each product contained more than a dozen undisclosed chemicals, including “chemicals associated with hormone disruption and allergic reactions,” the group reported, and other “chemicals with troubling hazardous properties or with a propensity to accumulate in human tissues.”

Earlier that year, under pressure from Women’s Voices and others, the International Fragrance Association released a list of some 3,000 chemicals used by its members. Women’s Voices presented its analysis this past November: Well over 1,000 of the listed ingredients, the group reported, also appear on official listings of worrisome chemicals. The United Nations, for instance, has more than one-third of the fragrance chemicals flagged with the word “warning” and explicitly labels 190 of them a “danger.” The International Agency for Research on Cancer, a division of the World Health Organization, lists seven of the ingredients as possible human carcinogens. Fifteen of the chemicals, Women’s Voices noted, are banned from cosmetics in the European Union.

Scranton, the scientist who authored the Women’s Voices report, points out that the Fragrance Association’s list gives no indication of how often and in what quantity each chemical is used, which makes it difficult to vet. “When I see styrene [a possible carcinogen] on the list of chemicals in fragrance, that’s a red flag,” she says. “Is it only used very, very rarely, in very small amounts? Possibly. Is it used in every fragrance that you come across? Then it’s going to be a problem.”

In a brief paper posted on its website, the Fragrance Association touts the industry’s ability to ensure “the highest levels of safety,” and insists that the industry adapts to new scientific findings “more quickly and efficiently through self-regulation as opposed to diverse legislation in different countries on different continents.” The association works with its research arm, the Research Institute for Fragrance Materials, to produce standards it says are science-based.

“The Research Institute for Fragrance Materials is like a black box…None of their safety studies are publicly available.”

Women’s Voices cites several problems with this setup: First, the vast majority of fragrance safety studies are produced by the Research Institute—the Fragrance Association says it spends about $8 million a year on joint studies with manufacturers—or by the fragrance houses themselves. But the industry research is rarely published or peer reviewed, and there is no routine review of laboratory practices, Women’s Voices says, to ensure that results “have not been manipulated.”

Over the past year, however, the European Commission Scientific Committee on Consumer Safety has examined studies by the Research Institute and found repeated failings in its methodology—including incomplete data and invalid protocols.

The industry vets safety data and creates safety standards with guidance from a panel of “independent experts“—but the panel’s deliberations are off limits to the public. These standards, according to the Fragrance Association’s website, amount to 186 substances it has banned or restricted over the years, but Women’s Voices contends that the group does little to police its standards.

“The Research Institute for Fragrance Materials is like a black box,” says Janet Nudelman, the director of program and policy for the Breast Cancer Fund and director of the Campaign for Safe Cosmetics. “None of their safety studies are publicly available.”

The Research Institute did not argue with the findings of Women’s Voices but simply responded with a statement affirming that “the industry is committed to addressing consumers’ interests through a continuous health and environmental safety review.”

The Fragrance Association opposed a recent bill that would force manufacturers of cleaning products to disclose their top 20 ingredients.

But the industry remains opposed to greater transparency regarding the chemicals it uses. The Fragrance Association, for example, opposed a California bill—introduced last February by state Assemblyman Reggie Jones-Sawyer (D-Los Angeles)—that would force manufacturers of cleaning products to disclose their top 20 ingredients on the label. In a letter to the assemblyman, the association said it was worried about counterfeiters.

Miller, the New York professor with fragrance sensitivity, says “it would be very helpful” for people like her if companies would come clean about what’s in their products. “Fragrance is not just some pretty concept,” she says. “It actually can be a fairly nasty combination of chemicals.”

This story was reported by FairWarning, a nonprofit news organization focused on public health, safety and environmental issues.