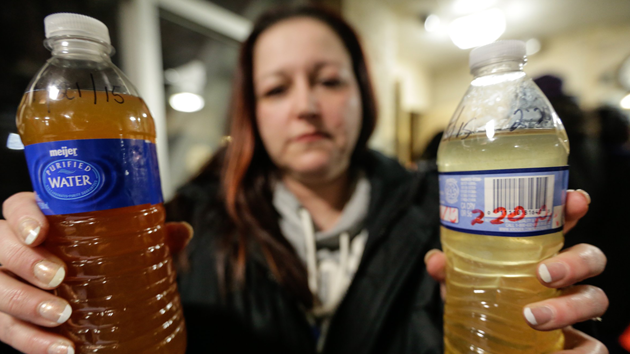 As if the consequences of the water contamination crisis in Flint, Michigan, weren’t bad enough—with lead in the water causing myriad health effects, including long-term neurological and developmental damage to the city’s children—a new report finds that Flint residents were paying more for their tainted water than any other community in the country.

The report, from Food and Water Watch, examined average annual household water bills in the country’s 500 largest utility systems in January 2015. Flint topped the list, with the average home spending $864.32—more than twice as much as the average home served by a public utility. The number is particularly striking given that over 40 percent of Flint residents live under the poverty line, and the median income is below $25,000.

“We see it as a case study of what happens when public utilities are run like businesses,” says Mary Grant, the author of the report and a campaign director at Food and Water Watch. Until April 2015, Flint was governed by an emergency manager appointed by the state to help balance the city’s budget. Emergency managers over the years had raised the cost of water several times; in 2011, the city raised water rates by more than 50 percent. Water bills dropped slightly last August, after a circuit court judge ruled against one of the 2011 price hikes. In response to the ruling, Flint city attorney Peter Bade said, “This will have a devastating financial impact.”

The Food and Water Watch report found that private, for-profit water companies charged 58 percent more than public utility systems. Nearly 90 percent of Americans are served by a public water system, including residents of Flint, while private water systems are clustered in a handful of states including Pennsylvania, New Jersey, Delaware, and Idaho.

Curious about how your utility stacks up? Below is Food and Water Watch’s roundup of the bills of the 500 largest utilities.