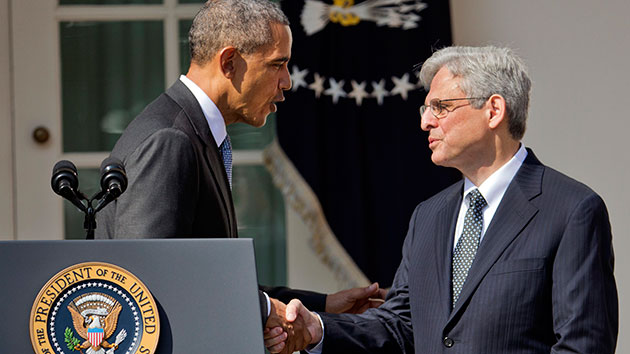 Garland, who is currently chief judge of the US Court of Appeals for the DC Circuit, has an excruciating path to confirmation. He faces entrenched opposition from Senate Republicans, who have vowed to block anyone Obama appoints to the seat. As my colleague Stephanie Mencimer put it, “Garland is a political sacrificial lamb for the White House.”

But if Garland is somehow confirmed, one of his first big cases he could determine the fate of Obama’s signature climate change policy.

“In terms of looking for someone who would give a fair hearing [to the Clean Power Plan], he’s a big shift from Scalia,” one environmental law scholar said.

Shortly before Scalia’s death, SCOTUS placed a hold on the Clean Power Plan—a regulation from the Environmental Protection Agency that aims to slash greenhouse gas emissions from power plants—while lower courts rule on its legality. The plan is being challenged by two dozen coal-reliant states and will likely wind up before the Supreme Court sometime next year.

Garland’s record should offer some optimism for environmentalists who are hopeful the Court will uphold the Clean Power Plan. According to SCOTUSblog, Garland has a history of taking the green side of regulatory disputes: “Judge Garland has in a number of cases favored contested EPA regulations and actions when challenged by industry, and in other cases he has accepted challenges brought by environmental groups.” In other words, Garland has often stood by the EPA when its rules were challenged by industry groups, and stood by environmentalists when they thought EPA actions hadn’t been strong enough.

“No one would say Garland is a hardened environmentalist,” he said. Still, “we think we’ll get a straight shot from him. He doesn’t come with any inherent skepticism about the federal government overreaching [on environmental regulation]. In terms of looking for someone who would give a fair hearing [to the Clean Power Plan], he’s a big shift from Scalia.”