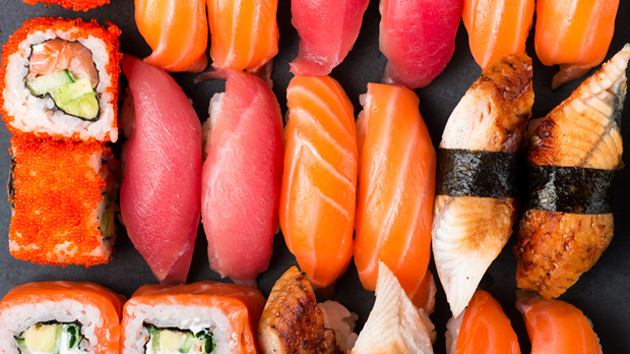 Pregnant? Time to ditch that tuna.

According to a new report from the Environmental Working Group, pregnant women who eat the amount of fish suggested by federal guidelines routinely have unsafe levels of mercury in their blood.

The Food and Drug Administration recommends that expecting mothers eat two to three servings of fish per week, with an emphasis on those high in omega-3 fatty acids and low in mercury, a neurotoxin that can put a developing fetus at risk. But the EWG, which tested mercury levels in 254 pregnant women following the recommendations, found that 1 in 3 participants had mercury levels deemed unsafe by the Environmental Protection Agency.

“These are savvy, health-conscious women who thought they were making the right choices, so they were shocked to find high levels of mercury in their bodies,” said author Sonya Lunder in a statement. “What’s more, the fish they ate didn’t provide enough omega-3s. The seafood advice from the FDA and EPA should be much more detailed and specific, to help women balance the harm from mercury and the benefits of omega-3s.”

Federal guidelines don’t specify exactly how much mercury in fish is too much, but generally speaking, the mercury-heavy fish tend to be at the top of the food chain—think tuna, swordfish, and marlin. They ingest the heavy metal when feeding on smaller contaminated fish, which, in turn, absorb it from water polluted by coal-fired power plants or other industrial sources.

For seafood lovers trying to avoid heavy metal, there are plenty of options low in mercury and high in omega-3 fatty acids: