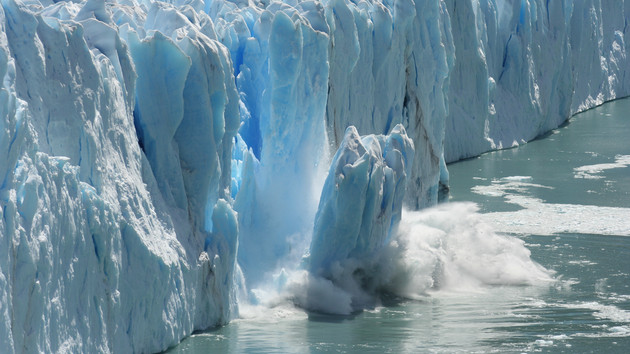 This story originally appeared on Newsweek and is reproduced here as part of the Climate Desk collaboration.

Boston and other coastal cities may want to batten down the hatches. A new study from climate scientists at the University of Massachusetts Amherst and Pennsylvania State University warns estimates of future sea level rise may be significantly underestimated. The real picture 100 to 500 years from now, they claim, will be ugly for US coastal cities from New York to Miami, which could be underwater or at risk of flooding. Boston, for example, could see about 5 feet of sea level rise in the next 100 years, according to the researchers.

The most recent prediction by the Intergovernmental Panel on Climate Change is that the sea level will rise as much as 38 inches by the year 2100 because of melting glaciers and the fact that warming makes water expand. Researchers Robert DeConto and David Pollard argue that this estimate fails to take into account atmospheric warming in Antarctica that will melt major ice shelves and elevate sea levels another three feet over earlier estimates by 2100 to six feet total, and by more than 49 feet by the year 2500.

They published their study results March 30 in Nature and say they consider this worst-case scenario inevitable without ambitious reductions in climate emissions from burning fossil fuels, such as those called for under the Paris Agreement.

The researchers applied a new 3-D ice sheet–climate model that emphasizes how atmospheric warming around Antarctica will impact the major ice shelves in the Ross and Weddell seas and the many smaller shelves and ice tongues that buttress outlet glaciers. Previous estimates focused on the ocean’s role in melting floating ice shelves from below, but disregard how the ice shelves hold back the flow of inland ice to the ocean.

Using their model, DeConto and Pollard took into account sea levels that were as much as 65 feet higher than they are today during previous warm periods, 125,000 years to three million years ago. Then they factored in the effect various greenhouse gas emissions scenarios could have on atmospheric warming, which they think will have a bigger impact than warming oceans.

Alarmingly, they conclude that even if greenhouse gas emissions stopped in 2500, warmer ocean waters would prevent the ice sheet from recovering for centuries.

“So, at a time in the past when global average temperatures were only slightly warmer than today, sea levels were much higher,” DeConto said in a statement. “Melting of the smaller Greenland Ice Sheet can only explain a fraction of this sea-level rise, most which must have been caused by retreat on Antarctica.”

Atmospheric temperature won’t need to increase much to have a dramatic effect on the ice shelves, according to the study. “Today, summer temperatures approach or just exceed 0 degrees Celsius on many shelves, and due to their flat surfaces near sea level, little atmospheric warming would be needed to dramatically increase the areal extent of surface melting and summer rainfall,” DeConto added.