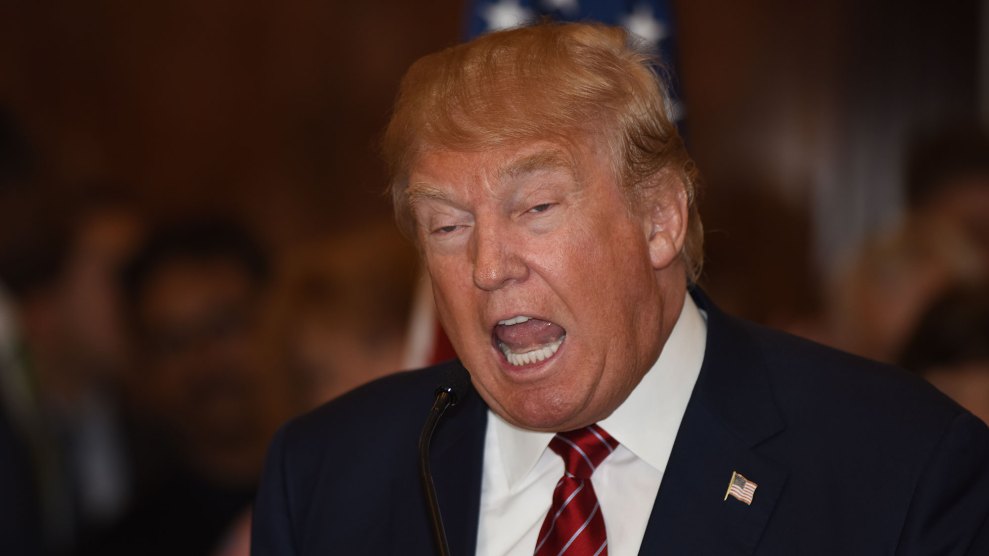 If elected president, Donald Trump would pull the United States out of the commitments it made recently in Paris to fight climate change, according to a new interview with Reuters—a move that could deal a fatal blow to the landmark agreement.

“I will be looking at that very, very seriously, and at a minimum I will be renegotiating those agreements, at a minimum. And at a maximum I may do something else,” the New York real estate mogul said in an interview with Reuters.

Trump said he did not believe China, the world’s top emitter of the carbon dioxide gas that many scientists believe is contributing to global climate change, would adhere to its pledge under the Paris deal.

The deal, which the Obama administration plans to formally join by the end of the year, aims to limit global warming to “well below” 2 degrees Celsius (3.6 degrees Fahrenheit) above pre-industrial levels. Needless to say, the plan would crumble if the US—the world’s second-biggest carbon dioxide emitter after China—were to back out.

Trump’s criticism of China, although commonplace among Republican climate change deniers, is debatable. Chinese diplomats worked closely with White House officials in developing the Paris Agreement. Chinese investment in clean energy technology vastly outpaces that of the US, and some energy analysts think China could actually be on track to outperform the climate targets it agreed to in Paris.

Still, it could be a noteworthy concession from Trump that he wants to “renegotiate,” rather than abandon the plan completely. He’s previously said global warming “was created by and for the Chinese in order to make U.S. manufacturing non-competitive.”