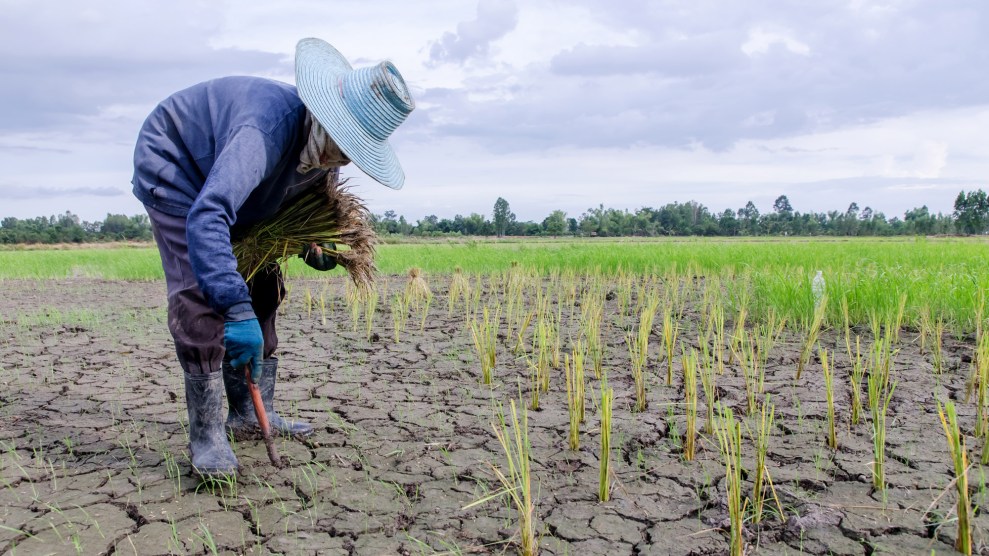 California’s drought is far from over. Despite recent news that reservoirs are brimming in northern parts of the state, and a speech from Republican presidential candidate Donald Trump denying the drought, the snowpack level is low and temperatures are high.

A June 1 report from California’s Department of Water Resources shows that current snow water equivalents—the amount of water contained in the state’s snowpacks—are at just 23 percent of the normal amount. Average temperatures in the state are still at record highs. “Runoff forecasts are below average,” agency spokesman Doug Carlson said in an email. “Despite the rain in the north and the relatively full reservoirs, things are still not looking good for the drought.” 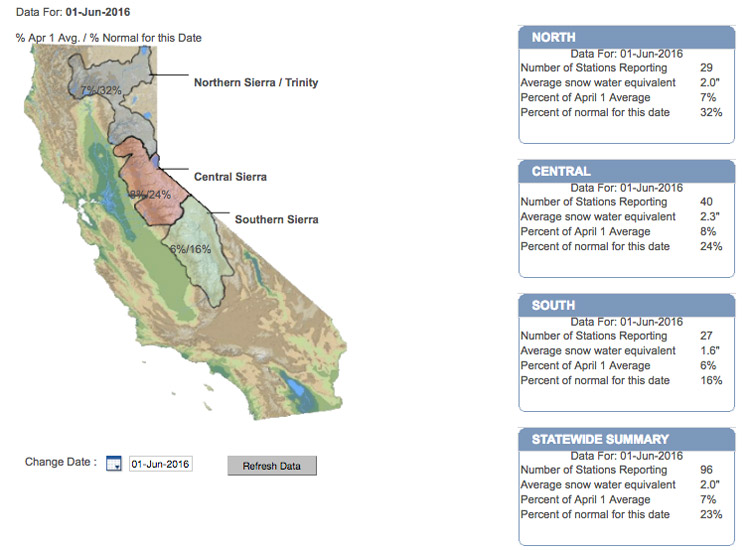 Of course, none of this is great news for the impending fire season: Moisture from El Niño caused new grasses to sprout—which, when combined with dry trees, become a recipe for wildfires. Forest Service Chief Tom Tidwell told SF Gate on Tuesday that the relief brought by precipitation was temporary. “What we saw this spring is that snowpack has come down faster than we’ve seen,” he said.

Just five days before the snow water data was released, Trump suggested that environmentalists were inventing the water problems plaguing the state. He told supporters that when he asked farmers whether there was a drought, they said: “No, we have plenty of water.”