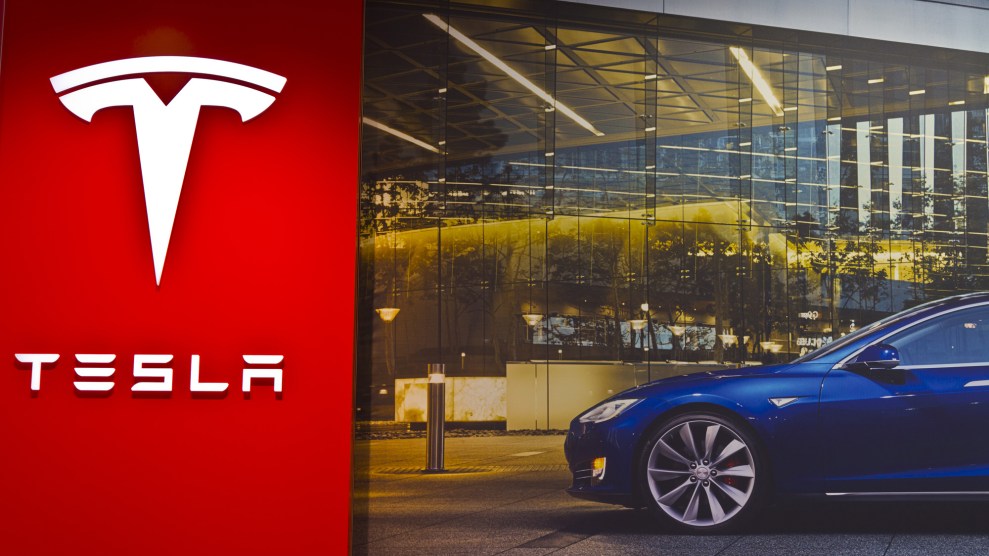 Shareholders from both companies still have to approve the deal. And if they do, Tesla promises the results will be awesome. Musk says that he never wanted Tesla to be just a carmaker. Buying SolarCity will turn Tesla into a company that will sell you an electric car and the power to charge it. “This would start with the car that you drive and the energy that you use to charge it, and would extend to how everything else in your home or business is powered,” Tesla wrote in its company blog.

Then Wall Street frowned. The day after the announcement, Tesla’s stock slumped 10 percent, and Morgan Stanley cut its rating on Tesla’s shares.

So what gives? Does Wall Street not have the vision to get with Musk? Is the most futuristic car company in America about to drive off a cliff?

Here are a few ways of looking at it:

This whole thing is really a family drama.

Lyndon Rive, SolarCity’s co-founder and CEO, is Musk’s cousin. Is there some kind of family power struggle taking place? According to Eric Weishoff, founder of Greentech Media, Rive “didn’t sound happy enough for a man that just got $77 million dollars wealthier.” And why should Tesla buy Solar City when the two companies have been collaborating on batteries for half a decade now?

Tesla was born in the startup culture of Silicon Valley, where it’s all about taking bold stands and getting big or going home. In Silicon Valley, companies eat other companies for breakfast, lunch, dinner, and late-night snack.

Worriers, however, have good reason to wonder why Tesla wants to get into the solar business so badly when it has 375,000 pre-ordered Tesla Model 3s that it’s supposed to be making. There’s the also the example of Sun Edison, an actual energy company that went bankrupt after a massive company-buying spree.

This smushing together could actually work, because, you know, synergy!

Tesla’s current clientele is, to put it mildly, loaded. Three-quarters of Model S buyers make more than $100,000 a year. It’s entirely possible that they are exactly the kind of people who might wander into a showroom, order a car, and impulse-purchase an entire solar installation to go along with it.

Solar City sells 100,000 solar installations a year to a wide demographic. If the price of the Tesla Model 3 manages to drop from the current sticker price of $35,000 and keep dropping, it’s imaginable that SolarCity’s current customers could be persuaded to choose a Tesla for their next car.

What we really need are lots of little Teslas, not a bigger Tesla

It’s been clear for a long time that Musk is a crazy dreamer of the Steve Jobs variety. But building a big company, even a really cool big company, cannot get America to low-carbon car heaven alone. The Big Three automakers—GM, Ford, and Chrysler — arose out of a Cambrian stew of automotive experimentation in the workshops of Detroit. Many have made the point (including me) that three still wasn’t enough to create the kind of competition that the American automotive industry needed to avoid getting its ass kicked by automakers in Germany and Japan.

This sale — if it goes through — might lead to great things. But what the world really needs are many Teslas, enough to create a large ecosystem of entrepreneurs working on cars, batteries, and solar. We need this a lot more than we need to buy solar panels from a car company.