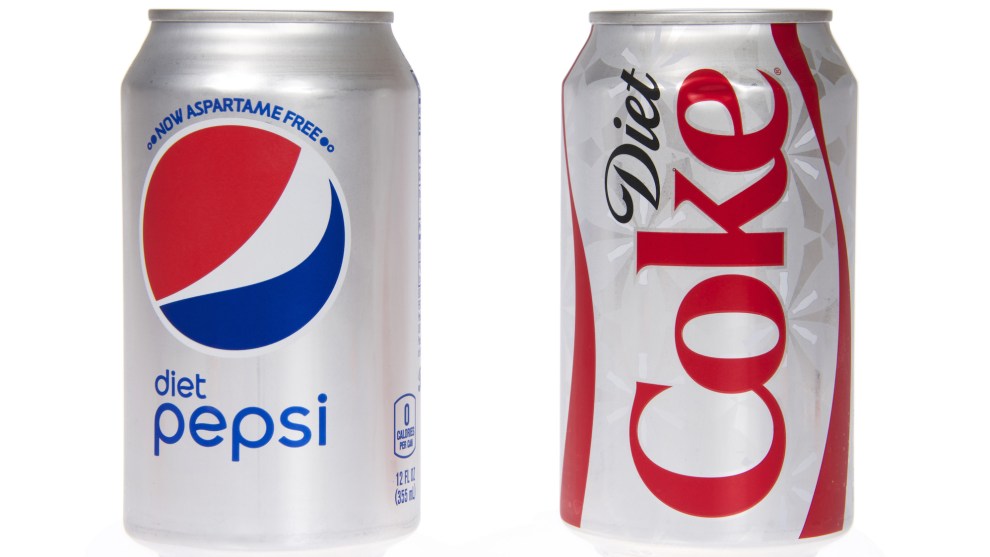 As US diet soda sales fizzle, a mounting weight of evidence suggests that consumers may be onto something by turning away from artificial sweeteners. The latest: Researchers at the University of Sydney have identified a possible brain pathway that might push us to eat more sweet stuff after taking in calorie-free sugar substitutes.

Inside the brain’s reward centers, sweet flavor sensations are accompanied by the expectation of a calorie blast.

The team found that when fruit flies are fed regular doses of sucralose (brand name: Splenda) over an extended period, they consume 30 percent more calories (compared with sucralose-free control flies) when they have access to naturally sweetened food. And when the team removed the sucralose, the effect vanished.

To find out why, the researchers tracked the neural activity of the ravenous flies—the electrical impulses that travel through the nerves and trigger action, a system that’s roughly similar to that of people (which is just one reason the pesky insects are widely used in research as a model for humans.) They found that inside the brain’s reward centers, sweet flavor sensations are accompanied by the expectation of a calorie blast. Since the fake sweetener doesn’t deliver the expected calories, the flies go looking for more calorie-rich food to restore balance. They also found that the sucralose-fed flies experienced naturally sweetened food more intensely—it triggered a larger pleasure response, and “this then increases the animal’s overall motivation to eat more food,” they write.

Artificially sweetened foods, the researchers suggest, generate a kind of starvation effect—the brain perceives a calorie shortage and seeks to close it. And a case of the munchies wasn’t the only behavior “consistent with a mild starvation or fasting state” the researchers identified in the test flies. The flies also displayed “hyperactivity, insomnia, and sleep fragmentation,” the authors write, noting that similar effects have been found in people who consume artificial sweeteners. They also found that the artificially sweetened diet boosted insulin and reduced glucose tolerance—in humans, warning signs for diabetes.

Researchers have observed hyperactivity and insomnia in people who consume artificial sweeteners.

To confirm that these effects apply to mammals, the researchers replicated the study with mice. Again, the mice that consumed a sucralose diet ate more food, and the nerve impulses involved were the same as for fruit flies.

This new paper lands on top of a slew of recent research I summarized in a column last year: population studies showing that people who regularly drink diet soda are more likely to suffer strokes and heart attacks and develop type 2 diabetes, as well as studies suggesting that fake sweeteners generate diabetic conditions by triggering a Pavlovian response to sweetness and altering the population of microbes that live in our guts.

More-recent research has found that exposure to the sweet-tasting chemicals is associated with early menstruation in girls; and in a 2015 study, researchers from the National Institutes of Health and George Washington University found that they show up in breast milk—even from women who don’t consume diet drinks. That result showed that avoiding faux sweeteners is tough because of “their omnipresence in the food supply and hygiene/cosmetic products,” the paper states. Indeed, they show up in everything from “reduced sugar” ketchup to “light” yogurt and even toothpaste. Read those labels carefully.