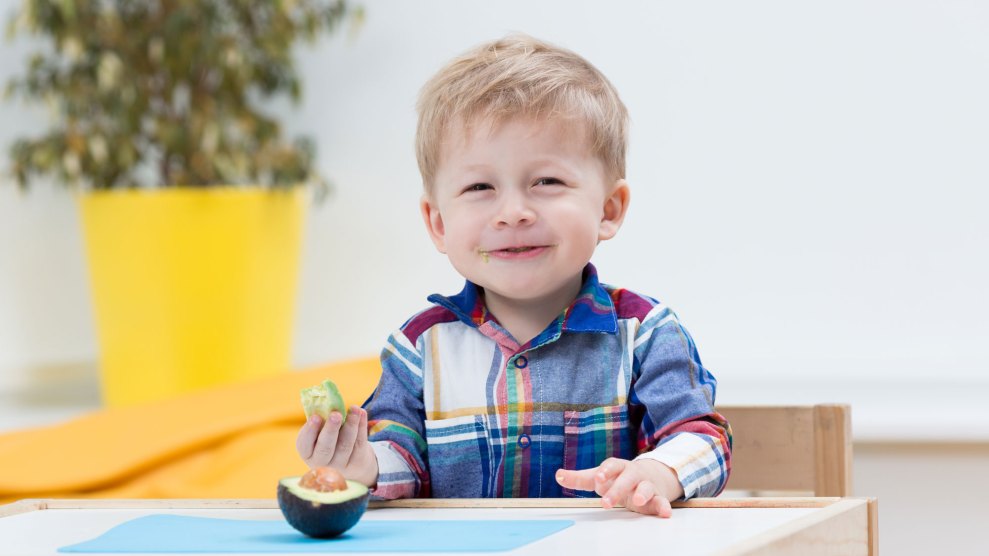 Many of us avoid fatty foods at all costs, worried, perhaps, that an extra helping of guacamole or a second peanut butter sandwich might quickly transform into extra padding around our bellies. But a new review paper published in the Annals of Internal Medicine this week shows that diets full of fat can actually be healthy for you—as long as it’s the right kind of fat.

In late 1970s, catalyzed by a fear of heart attacks, Americans flocked to low-fat diets. Scientists have since nailed down that saturated fat consumption is much more of a concern than a diet high in total fat. In the past decade, some health experts have instead extolled the benefits of the Mediterranean diet, a way of eating that’s full of fresh produce, grains, and certain fats and oils, moderate in red wine and dairy products, and low in red meat.

For their study, researchers from the University of Minnesota and the Minnesota Veterans Affairs Health Care System reviewed papers on Mediterranean diets compared with Western diets in hopes of learning more about which helps people live longer. They didn’t find an effect on mortality overall. But what they found reinforced some of the benefits of the Mediterranean diet: It is associated with a reduced risk of heart attack, Type 2 diabetes, and breast cancer (though the paper notes there’s less evidence on this last one). And all those benefits appeared even when that Mediterranean diet included unrestricted amounts of fat.

All those benefits appeared even when that Mediterranean diet included unrestricted amounts of fat.

Of course, the type of fat is important, says Hanna Bloomfield, lead author on the paper, who works for the VA in Minneapolis. A Mediterranean diet has a high ratio of unsaturated to saturated fats, with sources of unsaturated fats including olive and canola oils, nuts, seeds, and avocados.

Bloomfield also reminds people that a “diet is a pattern of eating,” and that health benefits come from changing habits—like replacing foods high in saturated fats like cheese and bacon—and not just dumping extra “healthy” fats like canola oil onto every dish.

Despite growing research that fat might be more of a help than a harm, the US Department of Health and Human Services and the Department of Agriculture still recommend that people limit the fat they eat, the study notes. That’s despite a 2013 trial that found that “a Mediterranean diet in which total fat comprises 40 percent of energy intake results in fewer cardiovascular events than a lowfat diet.”

Before we can know the definitive benefits of Mediterranean over Western eating habits, Bloomfield thinks there needs to be more research on US diets. “It’s important to emphasize there’s limited data out there,” she said, referring to her paper. “But it’s encouraging data.”

Permission to load up on the avocado toast? Yeah, I’d call that encouraging.