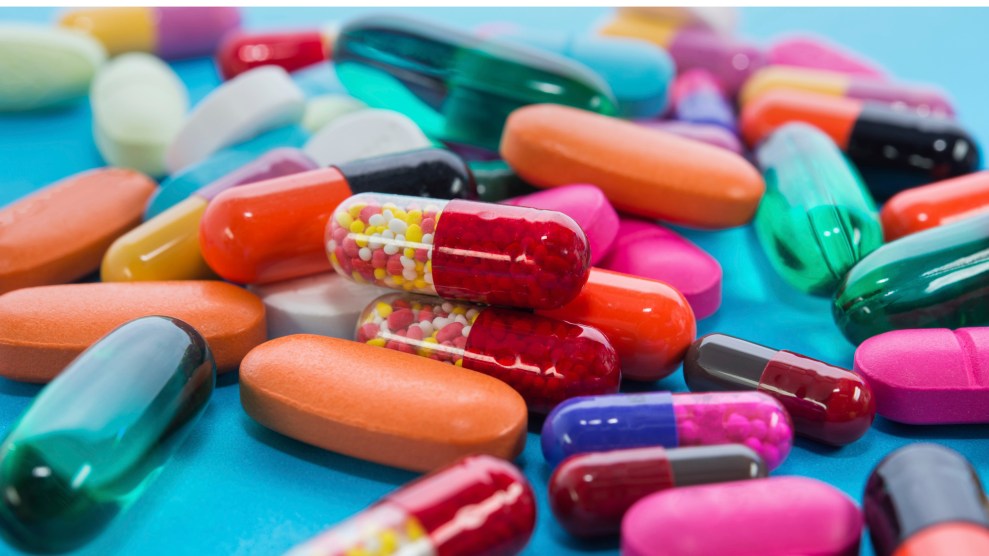 Last week, the United Nations announced that antibiotic resistance is the “biggest threat to modern medicine.” Nasty superbugs that have evolved to withstand antibiotics already kill 23,000 Americans every year—more than homicide—and experts predict that by 2050 they could kill some 10 million people around the world annually, more than the number of people killed by cancer. The United Kingdom’s chief medical officer describes the situation as a “nightmare.” Pretty soon, the director-general of the World Health Organization says, “common diseases like gonorrhoea may become untreatable.”

“Common diseases like gonorrhoea may become untreatable” soon, says the director of the World Health Organization.

Amid the doom and gloom, scientists are buzzing over some hopeful news out of Australia: A 25-year-old researcher there thinks she may have discovered a key to averting this public health crisis. Shu Lam, a Malaysian Ph.D. student at the University of Melbourne, has found a way to kill bacteria with small star-shaped protein molecules that she builds in her lab.

Rather than poisoning the bad bacteria like antibiotics do, the molecules, called peptide polymers, destroy the bacteria’s cell walls. And unlike antibiotics, which also poison surrounding healthy cells, the polymers “are quite non-toxic to the healthy cells in the body,” Lam says. That’s because they’re much too big (about 10 nanometers in diameter) to enter healthy cells—”the difference in scale between a mouse and an elephant,” Lam’s supervisor told the Sydney Morning Herald. What’s more, in Lam’s experiments, generation after generation of bacteria don’t seem to become resistant to the polymers.

The research, published in Nature Microbiology, has been described by media as a major breakthrough that “could change the face of modern medicine.” Lam has successfully used the polymers to kill six different superbugs in her lab and another superbug in mice. The technique has effectively fought off infections from drug-resistant Acinetobacter baumannii, a bacteria that’s involved with pneumonia, meningitis, and urinary tract infections.

But it’s still too early to celebrate. Lam hasn’t tested the polymers on superbugs in humans yet, and she could need another five years to fully develop the technique, her supervisor says. “With research, you need to have a lot of patience,” Lam told the Telegraph (which, ahem, published its article about her discovery on the “Lifestyle-Women” section of its site).

Right now there seem to be few alternatives. As my colleague Tom Philpott has reported, scientists continue to discover more cases of bacteria that have evolved to resist the antibiotics we have. And we’re not coming up with new drugs at a speedy rate: Over the last half century, the Telegraph notes, only two new classes of antibiotics have entered the market.