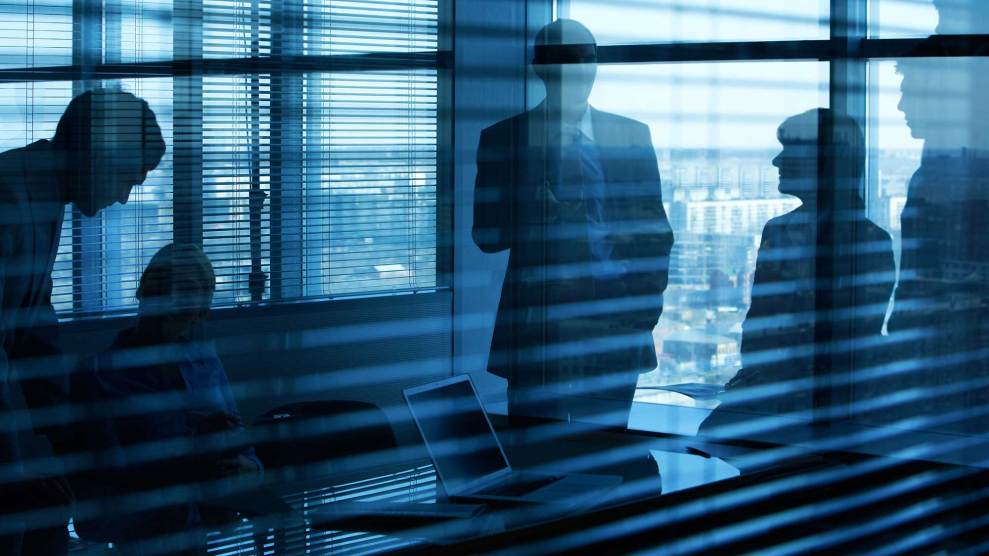 More than a year after troubling allegations of sexual harassment at an Environmental Protection Agency office were exposed in a congressional hearing, the agency’s watchdog says it will conduct an audit of how this office handles sexual-harassment complaints. The office under scrutiny? The same one embroiled in the Flint, Michigan, water crisis months ago.

In a letter sent in August to the EPA’s Region 5 office in Chicago, the agency’s inspector general’s office said it plans to “determine whether Region 5 managers appropriately handled allegations of sexual harassment.” The audit was first reported by the Washington Examiner.

Allegations of rampant sexual harassment in the scientific community have gained prominence in recent years, with institutions such as the University of Arizona and the University of California-Berkeley investigating science professors for alleged harassment of students. Last year, Rajendra Pachauri resigned as head of the UN’s Intergovernmental Panel on Climate Change following an accusation of sexual harassment. (Pachauri has denied the allegations.) A 2014 study found that roughly two-thirds of female scientists said they had faced inappropriate sexual pressure during field research, and one quarter said they had been sexually assaulted.

Harris’ supervisor at the time of the allegations told the committee that the harassment the intern experienced included “touching, groping her, kissing her.”

In the case of the EPA, some of the allegations stem from claims made by several whistleblowers who testified before the House Oversight and Government Reform Committee in July last year. According to two of the whistleblowers, in 2011 an intern approached Ronald Harris, the Region 5 Equal Employment Opportunity officer at the time, who helped her file an informal complaint alleging that she had been harassed by Paul Bertram, an environmental scientist then employed at the agency. “It bothered her,” said Harris in his testimony to the committee. “She was strong…She kept saying to me, ‘I just want it to stop. How do I get it to stop?'”

Carolyn Bohlen, who was Harris’ supervisor at the time of the allegations, told the committee that the harassment the intern experienced included “touching, groping her, kissing her.”

After more than a dozen attempts to contact Bertram through public records searches, former colleagues, and his former employer, he could not be reached for comment. Bertram retired from the EPA in 2011, according to the House Oversight Committee’s summary of the hearing.

Harris and Bohlen also told the committee that they had been retaliated against by their superiors after raising concerns about allegations brought by the intern and other women. In a written statement to the committee, Harris alleged that he and Bohlen were subjected to bullying and intimidation. Both have since been reassigned within the agency.

On September 1, 2015, the House Oversight Committee sent a letter to the office of the EPA inspector general requesting “a thorough investigation and finding of facts” in the wake of the allegations made at the hearing. The letter included a request to investigate “whether Region 5 managers appropriately handled allegations of sexual harassment, and whether managers retaliated against employees who raised concerns.”

The committee’s chairman, Jason Chaffetz (R-Utah), has been an outspoken critic of how the EPA has been run by the Obama administration, blasting the agency for issuing what he described as “unlawful” regulations aimed at combating climate change. He previously voted to prevent the EPA from regulating greenhouse gas emissions to combat climate change. When it comes to the issue of possible harassment and mismanagement at the agency, however, Democratic House members such as Elijah Cummings (D-Md.), have shown solidarity with the chairman in questioning certain practices at the EPA. “Perhaps, and you may not see it, but it sounds like there’s a culture problem,” Cummings said at the hearing. “At least in some of the regions, there’s a culture problem.”

In addition to the newly announced audit of the Region 5 office’s sexual harassment policies and practices, a separate EPA inspector general investigation of the specific retaliation allegations made at the hearing is still ongoing, according to a source with knowledge of the issue. A spokesman from the inspector general’s office said it is agency policy to neither confirm nor deny the existence of an investigation.

This isn’t the only recent controversy involving the Region 5 office. In January, Susan Hedman resigned as the Region 5 administrator, after she was criticized for not having released a report that showed high levels of lead in Flint’s drinking water. The crisis over Flint’s toxic water led to criminal charges filed against state and city employees.

The EPA has faced other recent sexual-harassment allegations as well. Three months prior to the July 2015 hearing, the committee heard testimony from EPA officials, including EPA Inspector General Arthur Elkins, alleging that a high-level employee in the EPA Office of Homeland Security in Washington, DC, had sexually harassed multiple women. When senior officials in the agency were made aware of the man’s alleged conduct, they “did not take any actions” against him, according to Patrick Sullivan, an official with the inspector general’s office who testified at the April 2015 hearing.

The inspector general’s investigation found that the man, Peter Jutro, had “engaged in unwelcomed conduct” with more than a dozen women over the course of 10 years, “including touching, hugging, kissing, photographing, and making double entendre comments with sexual connotations,” according to Sullivan’s testimony before the committee.

In an email to Mother Jones, Jutro called the testimony a “vast exaggeration” and said it “contains many elements that are simply untrue.” Jutro added:

It is true that I have hugged many people, both men and women, and have done so since childhood. My parents were German Jewish refugees who detested the coldness of their former country in the 1930s and strongly encouraged this warmer behavior in me. I also learned to sometimes kiss a person on the cheek or head as a greeting or farewell. In no case was there ever a sexual component to this. I recognize in retrospect that my behavior might have made someone uncomfortable and I feel bad and embarrassed about that, but it was never my intent. There may be actual sexual harassment at EPA, but I was not a part of it.

Karen Kellen, the former president of the largest union representing EPA employees, testified at the July 2015 hearing that during a staff discussion about the sexual-harassment allegations against Jutro, “EPA senior management did not want to hear about the extent of the harassment.”

At the hearing, Chaffetz excoriated the agency.

“One of the most toxic environments we have is at the EPA,” he said. “The mission of the EPA is to protect the environment, protect the people. The problem is the EPA doesn’t protect its own employees.”

For its part, the EPA says it’s working hard to make changes. A spokeswoman for the agency told Mother Jones in an email:

Harassment of any kind is prohibited at the EPA and will not be tolerated. Within the last year, the agency issued an order which outlines the procedure for addressing allegations of workplace harassment. It applies agency-wide. In addition, the agency instituted mandatory online training for all employees that explains the relevant anti-harassment policies and protections, including our new order. Also, EPA developed a specific training aimed at our interns and fellows and provided that training either in person or through video conference to over 750 individuals.

This story has been revised to include additional comments from the EPA.