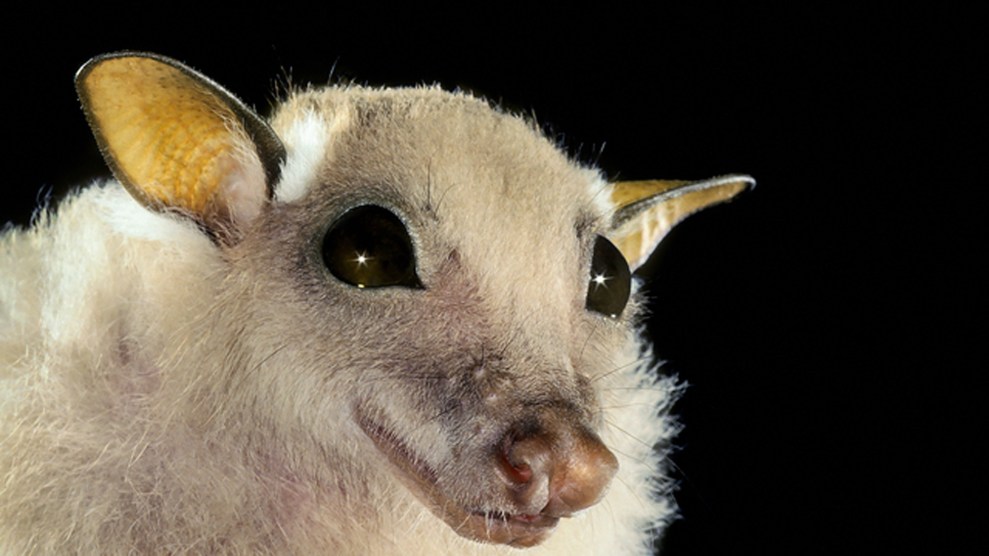 Lots of people think bats are downright frightening. After all, they do seem to check all the creepiness boxes: They come out at night; they live in dark, scary places; they communicate via high-pitch screeching.

Now multiply that by 10.

Flying foxes, also commonly known as fruit bats, are the largest flying mammal. Their wingspans stretch up to five feet. They can weigh more than two pounds and eat three times their body weight in nectar in just one night. Just check out this video from National Geographic:

With Halloween fast approaching, bats are the subject on this week’s episode of Inquiring Minds podcast. Host Indre Vikontas talks with bat expert and educator Merlin Tuttle about these somewhat cuddly creatures that often get a bad rap. “We invariably fear most what we understand least,” he says. And it turns out that we actually have a lot to thank bats for: These long-distance migrators pollinate a lot of the fruit we eat.

Tuttle, whose recent book is called The Secret Lives of Bats, has been fascinated with all kinds of bats ever since a classmate brought one for show-and-tell way back in the fourth grade. He started exploring caves near his home in Tennessee to learn more and ended up devoting his life to bat conservation. Tuttle has photographed more than 300 species on every continent where they reside.

Click above to hear Tuttle as he tells his best bat tales, explains his most interesting findings, and recounts how his childhood fascination led to strange friendships with shot-gun-toting Tennessee moonshiners.

And while you’re listening, check out these amazing photos from Tuttle’s close-up collection: 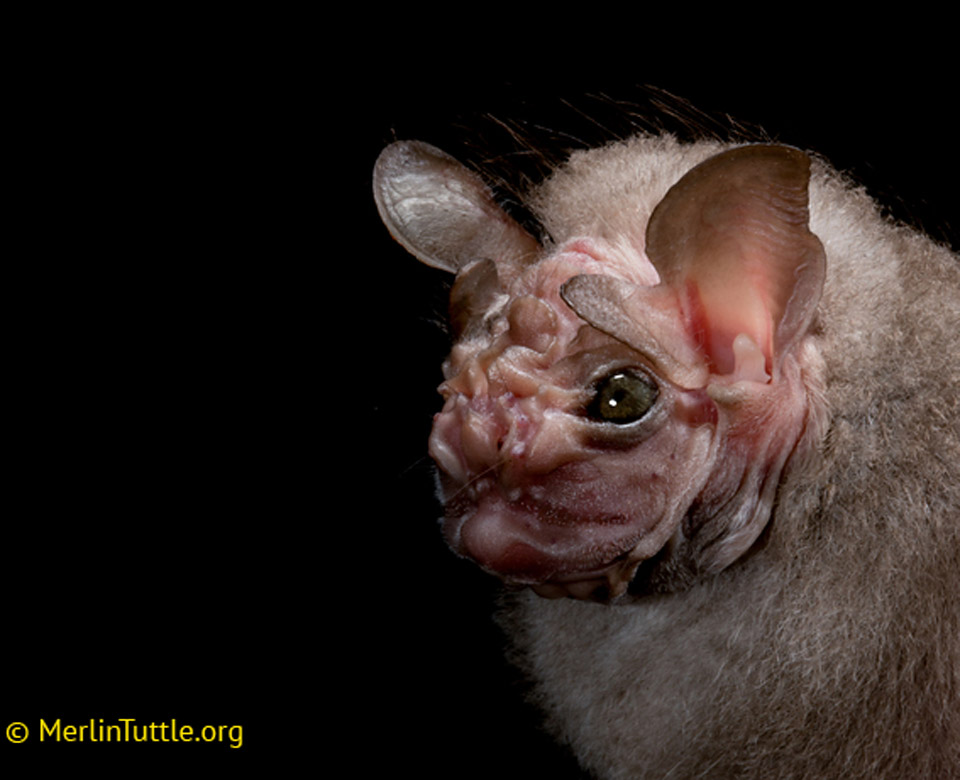 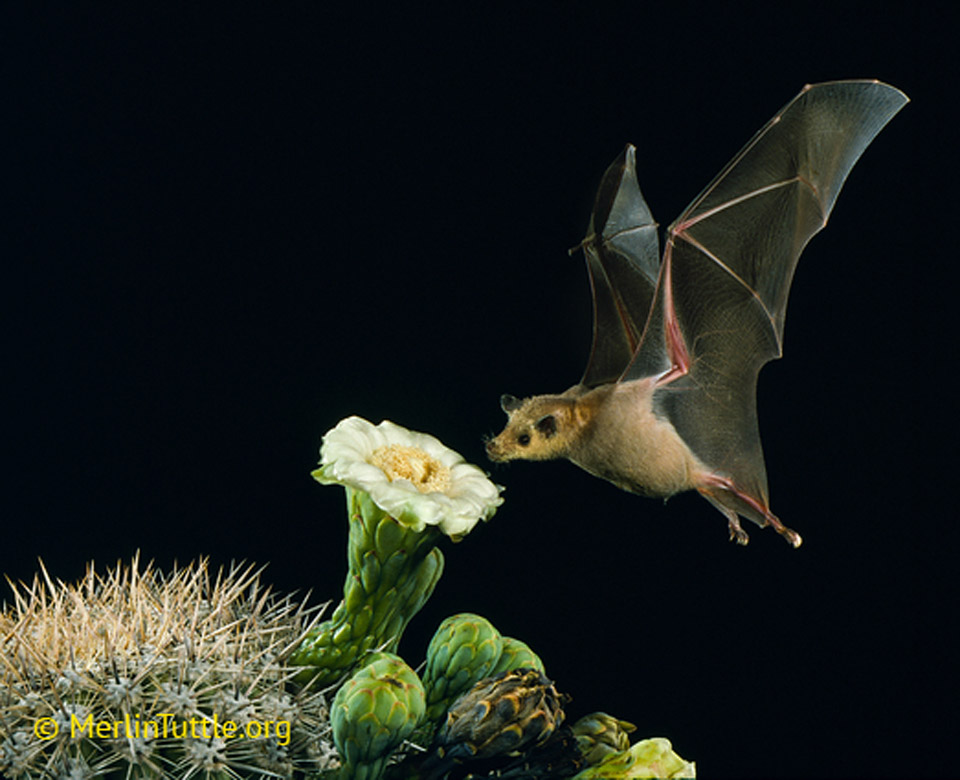 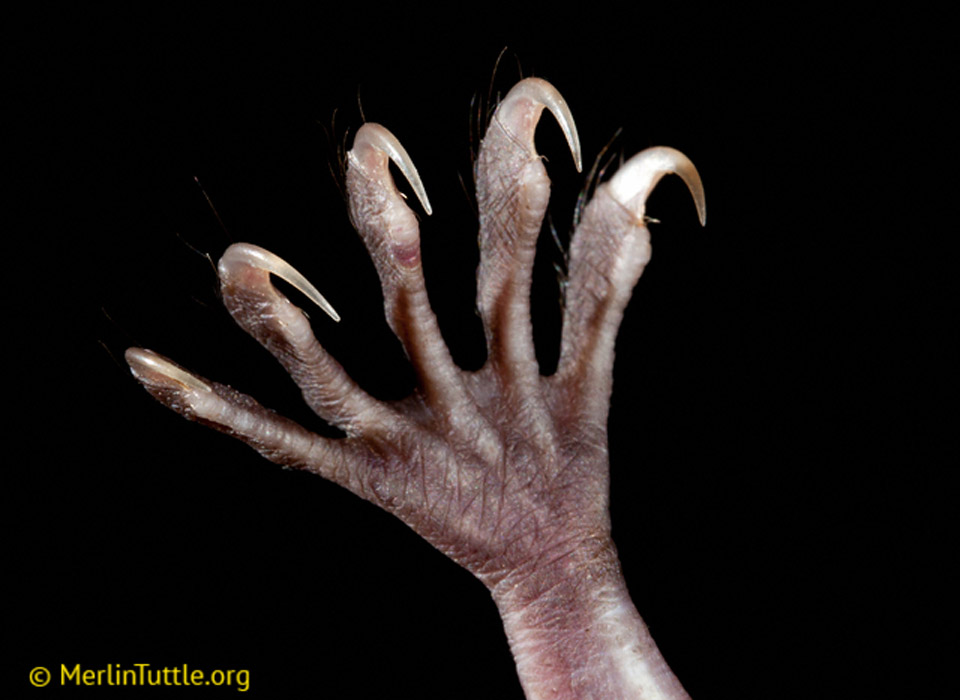 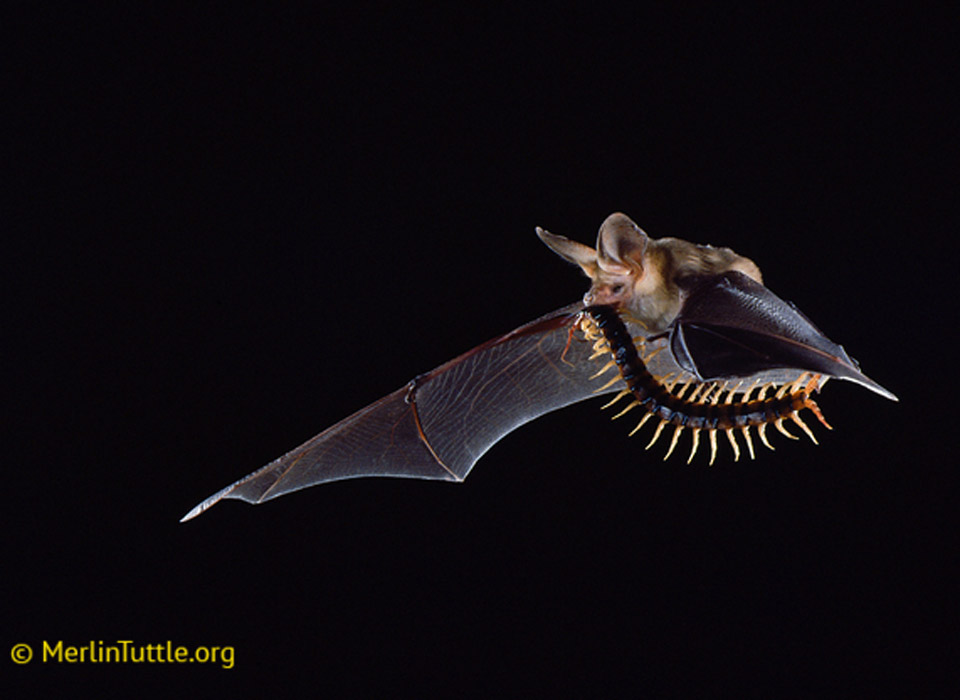 A pallid bat catching a giant desert centipede in Arizona 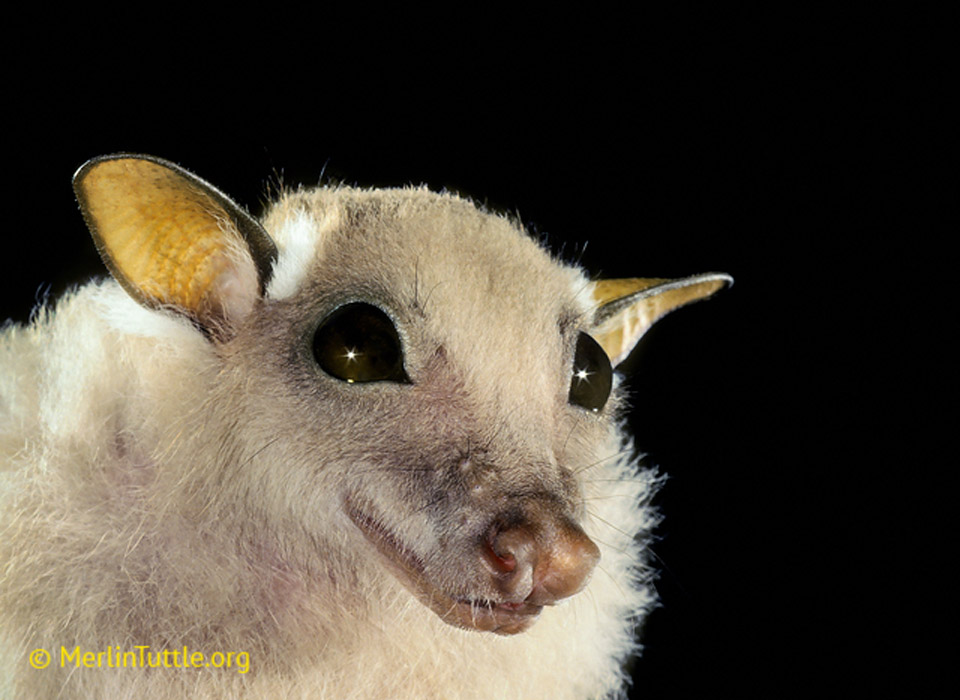