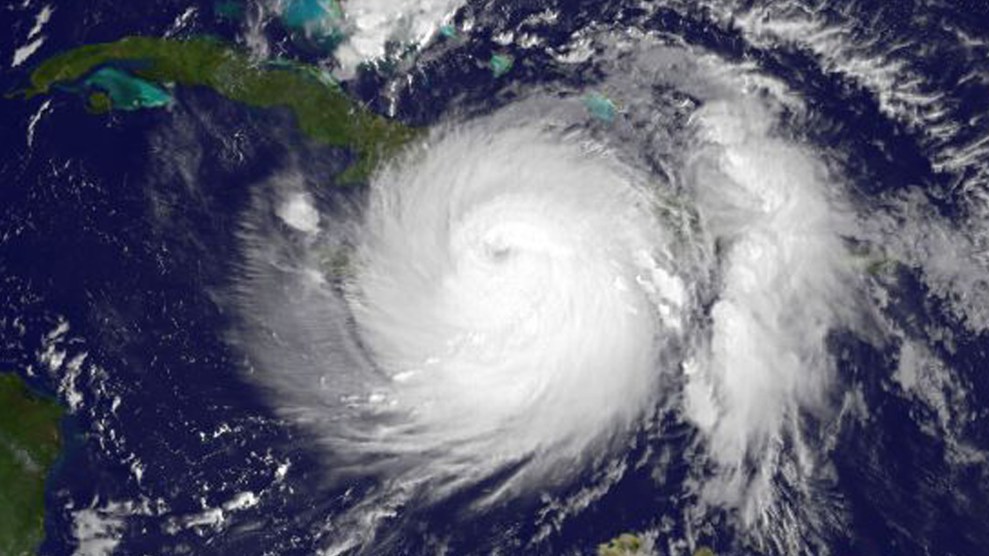 Major storms such as Hurricane Matthew, which has slammed into Haiti and is now headed towards the United States, will grow in menace as the world warms and sea levels rise, scientists have warned.

Hurricane Matthew is already feared to have caused seven deaths after it hit Haiti and the Dominican Republic on Tuesday, bringing 145 mile-per-hour winds, pounding rain and storm surges to coastal communities.

Scientists have pointed to Hurricane Matthew as the sort of fierce lashing that will become more common due to climate change.

The category 4 storm, the strongest hurricane to hit Haiti in 50 years, is expected to surge northwards towards Florida’s east coast and up the south-eastern US coast by the weekend. It follows September’s Hurricane Hermine, which was the first hurricane to hit Florida in nearly 11 years.

While the National Oceanic and Atmospheric Administration’s prediction of a “near-normal” Atlantic hurricane season is still on track, scientists have pointed to Hurricane Matthew as the sort of fierce lashing that will become more common due to climate change.

There was previously far more certainty among climate scientists over the increase of temperatures than trends in hurricanes, but government officials are now confident enough to say there has been a “substantial increase” in Atlantic hurricane activity since the 1980s, with the destruction set to ratchet up further as the world warms.

“We expect to see more high-intensity events, category 4 and 5 events, that are around 13 percent of total hurricanes but do a disproportionate amount of damage,” said Kerry Emanuel, a climate scientist at the Massachusetts Institute of Technology. “The theory is robust and there are hints that we are already beginning to see it in nature.”

Hurricanes draw their energy from the ocean, which is currently acting like a sponge for the extra heat accumulating in the atmosphere due to human activity. Warming is thereby supercharging hurricane wind speed, with increased moisture delivering buckets of extra rain to affected areas. Parts of Haiti are expected to get 3 feet of rainfall from Hurricane Matthew. 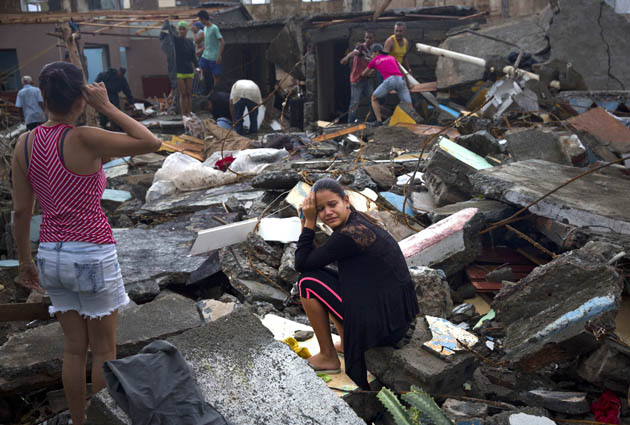 A woman cries amid the rubble of her home, destroyed by Hurricane Matthew in Baracoa, Cuba. Ramon Espinosa/AP

Some studies have found that while the number of hurricanes may dip slightly in the future, the most destructive events will actually increase.

“There will be subtleties with hurricane frequency – it’s likely the most intense ones will increase, while it’s unclear what the weak or moderate ones will do,” said James Done, a project scientist and Willis fellow at the US National Center for Atmospheric Research.

“If Hurricane Sandy occurred 100 years earlier it may not have flooded lower Manhattan.”

“The message is that hurricanes that do occur in the future, the major ones, will be stronger. Category 4 and 5 hurricanes could double or triple in the coming decades.”

But while the wind speed may be climbing, it won’t, on its own, prove the greatest killer. The seas are rising at their fastest rate in 2,800 years, with water disproportionately piling up on the East Coast of the United States. Storm surges and flooding caused by hurricanes will be fueled by this heightened sea level, posing a growing threat to life and limb.

“Storm surges and flooding are big killers, so this is a big worry,” Emanuel said. “If Hurricane Sandy occurred 100 years earlier it may not have flooded lower Manhattan because the sea was about 1 foot lower in 1912.

“We expect another 3 feet in sea level rise by the end of the century, so we should expect steadily [increasing] damage. People moving to the coast really need to be aware of climate change.”