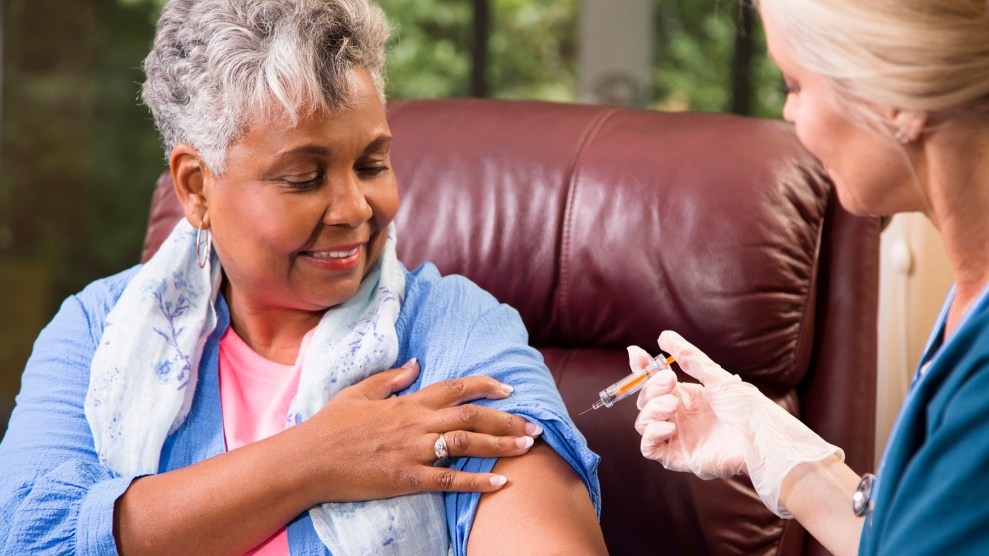 As flu season draws nearer, you may have noticed ads in your local pharmacy urging you to get your annual flu shot. On Thursday, the US Centers for Disease Control and Prevention (CDC) doubled down on that message, urging Americans to get their vaccine as soon as they can. But last week, Americans got some conflicting advice. Some vaccine experts have suggested that it may be better to wait to get your flu shot. So which is it: Get your shot now or wait until the end of the month?

The conundrum is rooted in evidence that the immunity you get from your flu shot may wane over time, especially if you’re over the age of 65. Two weeks after you get your shot, your body develops antibodies—like little soldiers in your bloodstream that protect you from an influenza infection. The CDC recommends that everyone over the age of six months get a flu shot, and the immunity boost is especially important for children and the elderly, who are more vulnerable to complications. But some studies show that those antibodies may start to decline before the end of the flu season.

That’s why Laura Haynes, an immunology expert at the University of Connecticut Center on Aging, told Kaiser Health News that the ideal time to get your flu shot is sometime between Halloween and Thanksgiving.

“If you’re over 65, don’t get the flu vaccine in September. Or August,” she said. Last year, the flu season peaked in December.

According to Kaiser Health News, the push to get people to vaccinate early is partly driven by economics. As more and more pharmacies offer flu shots, it makes sense for them to offer their vaccines as soon as they’re available in order to bring in more customers—even if it’s well before the flu season has begun.

However, waiting to get your vaccine carries its own risks. First and foremost, some people who delay getting their flu shot may simply forget to get one. An early vaccine is better than no vaccine at all.

“The problem is that a vaccination deferred is often a vaccination forgotten,” warned Tom Frieden, director of the CDC. At the annual National Foundation for Infectious Diseases press conference on flu vaccines, Frieden noted that even a small uptick of 5 percent in vaccination coverage could prevent nearly 10,000 hospitalizations.

In fact, last year saw a slight decline in the number of people who got vaccinated. About 45 percent of people got their vaccination last year, down about 1.5 percentage points compared with the previous year. And the largest decrease was among folks over the age of 50. According to Arthur Reingold, an epidemiology expert at the University of California-Berkeley and a member of the CDC’s immunization advisory committee, last week’s push to get people vaccinated is partly about keeping those numbers up.

“Each year, we have the challenge of getting people out the door—to their providers, to their drug store, to their work site—to do this,” Reingold told me. “So I would imagine that this suggestion that people get their flu shot now is partly to try to ensure that we don’t see a further decline in how many people actually do that.”

It’s also not entirely clear when your flu vaccine starts to wear off. Some studies show that you may still carry protection from your vaccination the previous year if the flu strains didn’t change. And there’s another reason you might not want to delay too long: You never know when the flu will arrive in your neighborhood. According to the CDC, the flu season can begin as early as October.

Overall, Reingold says, waiting a couple of weeks probably won’t make that much of a difference.

“My advice would be to get the flu shot whenever it’s convenient and not worry so much about trying to time it perfectly,” he said.