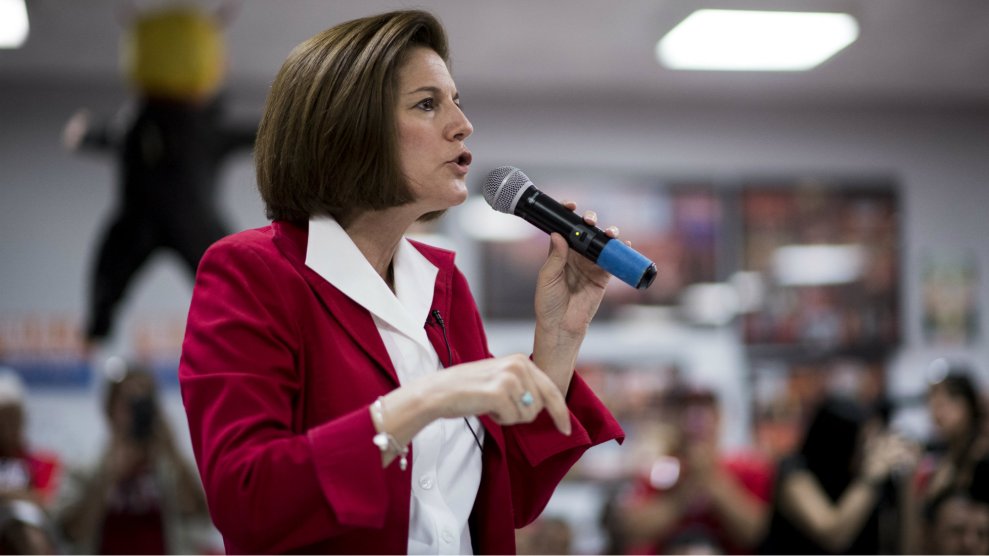 In 2012, while running for reelection to the House of Representatives, Heck told Public Radio International, “Well, I think certainly over the millennia, we’ve seen changes in our climate both ways, and I think throughout the future millennia we will continue to see climate change that goes both ways.” According to Heck, “When you start looking at trying to regulate something like carbon dioxide, which is a natural, biological process, you start running into areas of confusion.” In 2010, he signed a pledge sponsored by the conservative group Americans for Prosperity to oppose any legislation that would raise taxes to fight climate change. And in 2011, he followed through on the commitment by voting to block the EPA from regulating greenhouse gas emissions. The environmental groups blasted Heck over his record on solar energy—a major issue in Nevada.

Cortez Masto came out in favor of the Clean Power Plan in 2015.