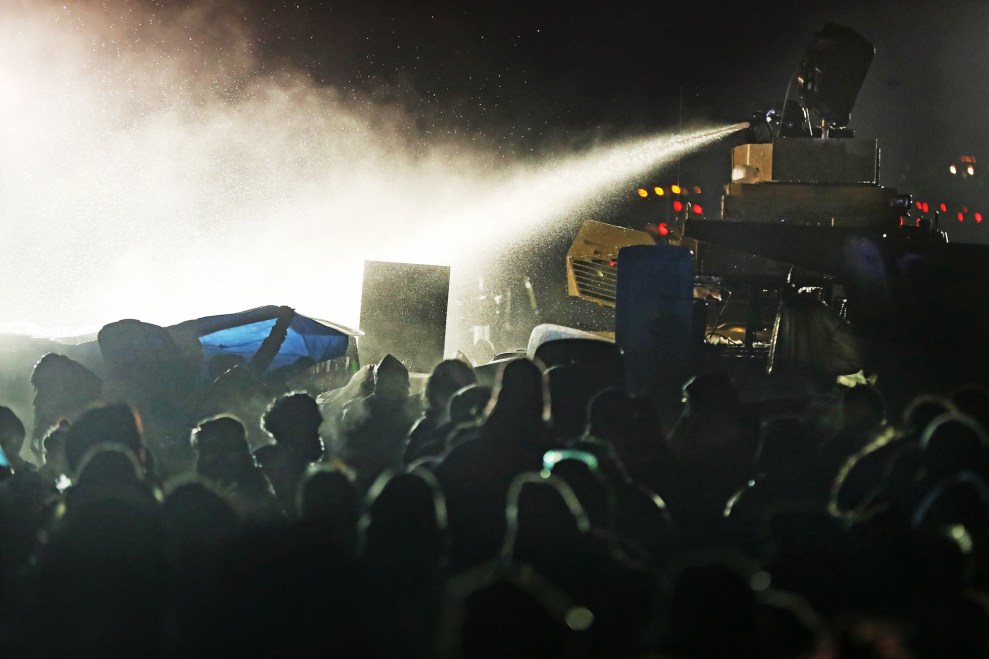 In what’s being called the first “Trump deal,” Sunoco Logistics Partners has announced a nearly $20 billion merger with Energy Transfer Partners, the Dallas-based company that’s building the Dakota Access Pipeline (DAPL). The move would consolidate two pipeline giants: ETP owns 71,000 miles of crude oil and natural gas pipelines in the United States and Sunoco is one of the country’s largest pipeline operators. Though ETP is the larger of the two, the deal has officially been designated as an acquisition by Sunoco.

Financial analysts believe this may be a sign of forthcoming moves in the oil and gas sector following Donald Trump’s election. According to CNBC host Jim Cramer, the merger will likely be the first of many “Trump deals” in the energy sector. “Pipelines are going to be winners under Trump,” Cramer said Monday. In a call with investors following the election, ETP’s CEO, Kelcy Warren, said he was “very, very enthusiastic about what’s going to happen with our country.”

On the campaign trail, Trump promised to roll back regulations on the fossil fuel industry and unleash “a treasure trove of untapped energy.” Warren, who will continue on as the CEO of the new pipeline company, gave more than $100,000 in support of the Trump campaign. Trump himself is an ETP stockholder.

Sunoco, an investor in the Dakota Access Pipeline, has been identified as its future operator. The pipeline’s investor page mentions that Sunoco owns a Nederland, Texas terminal that will process oil pumped through DAPL. According to a recent Reuters analysis of federal data, Sunoco spills crude more often than any of its competitors. It has been responsible for at least 203 known leaks since 2010.

Meanwhile, the protests against DAPL continue. Late Sunday night, police fired rubber bullets at protesters and doused them with tear gas and cold water—even as the temperature dipped to as low as 23 degrees. Seventeen people were reportedly hospitalized, including some suffering from hypothermia.