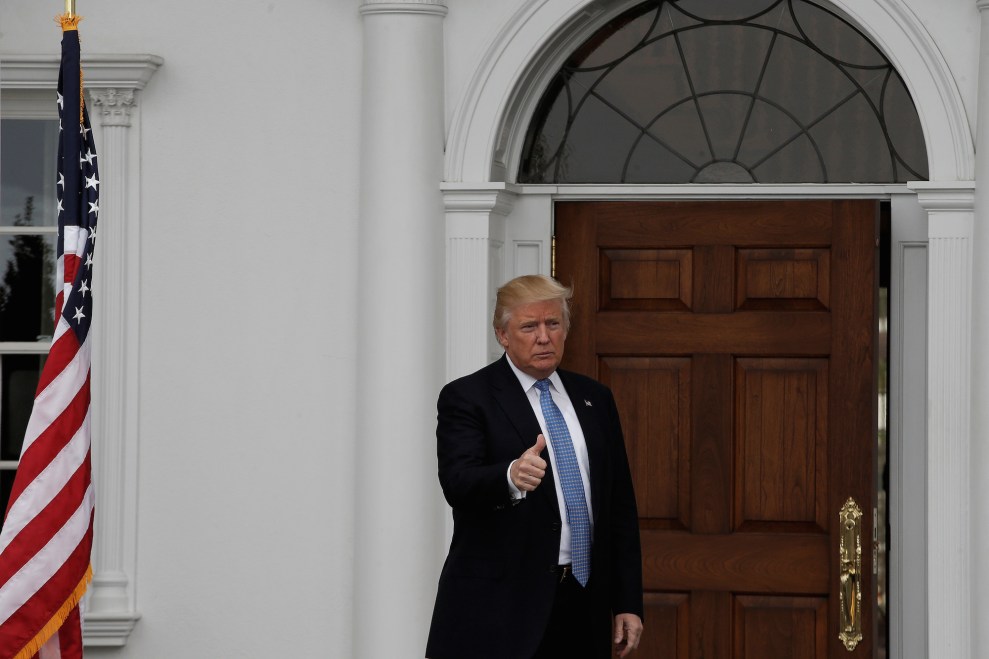 Donald Trump appeared to once again revise his stance on climate change Tuesday, telling New York Times reporters that he believes there is “some connectivity” between human activity and the climate change.

Does Trump think human activity is linked to climate change? “I think there is some connectivity. Some, something. It depends on how much.”

On climate change, Trump says he is also thinking about “how much it will cost our companies” & the effect on American competitiveness.

On the campaign trail, Trump said he was “not a big believer in man-made climate change.” In recent years, he went so far as to called global warming a “hoax” and claim it was a Chinese conspiracy. In 2009, however, Trump was one of several high profile signatories of a full-page ad pressing for urgent climate action.

On Tuesday, the president-elect also reportedly hedged on his campaign promise to “cancel” the landmark Paris climate agreement during his first 100 days in office.

“I’m looking at it very closely,” Trump said. “I have an open mind to it.”

Tom Friedman asks if Trump will withdraw from climate change accords. Trump: “I’m looking at it very closely. I have an open mind to it.”

The statements come as Trump attempted to strike a conciliatory tone with the Times by agreeing to sit down for an on-the-record interview. The wide-ranging meeting, which touched on everything from Trump’s potential conflicts of interest to whether he still hoped to prosecute Hillary Clinton, was nearly canceled after the president-elect momentarily believed the paper had tried to change the terms of the interview.

I cancelled today’s meeting with the failing @nytimes when the terms and conditions of the meeting were changed at the last moment. Not nice

The failing @nytimes just announced that complaints about them are at a 15 year high. I can fully understand that – but why announce?

The meeting with the @nytimes is back on at 12:30 today. Look forward to it!

Update, November 23: Here’s the full transcript of Trump’s New York Times interview. In addition to acknowledging “some connectivity” between humans and global warming, he also engaged in some pretty blatant climate change denial. Trump invoked the widely debunked claim that climate scientists had been caught fabricating data in the so-called “climategate” scandal. “It’s a very complex subject,” said Trump. “I’m not sure anybody is ever going to really know…They say they have science on one side but then they also have those horrible emails that were sent between the scientists…Where they got caught, you know, so you see that and you say, what’s this all about. I absolutely have an open mind.”