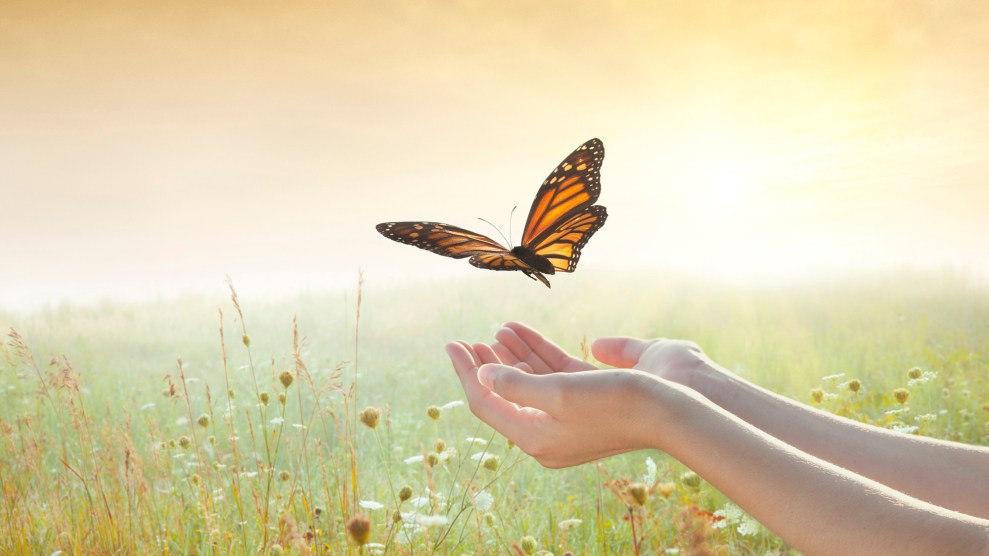 While President-elect Donald Trump ponders which anti-regulation stalwart to place at the head of the US Environmental Protection Agency, Health Canada—our northern neighbor’s version of the EPA—just took a bold step toward protecting the environment. Last week, the Canadian agency declared in a preliminary assessment that a high-profile insecticide should be banned within five years, because it’s turning up in waterways “at levels that are harmful to aquatic insects”—the base of the food chain for fish, birds, and other animals.

Data on how much of the pesticide shows up in soybeans’ pollen and nectar are “unavailable” both from Bayer and independent researchers—even though it’s been on the market for 20 years.

Health Canada is soliciting public comment on its assessment through late February, after which it will decide whether to proceed with a phased-in ban. The chemical is imidacloprid, widely marketed by Bayer, the German chemical giant that recently bought US seed/agrichemical titan Monsanto in a deal pending approval by US and European antitrust authorities. Bayer was not amused by the finding, declaring itself “extremely disappointed.”

Imidacloprid is part of a class of chemicals known as neonicotinoids, the globe’s most-used insecticides—and one that has been linked by a growing body of research with the declining health of honeybees and other pollinators.

The Canadian assessment has nothing to do with pollinators, though. The agency is conducting a separate evaluation of how the chemical affects them. It’s striking that the agency decided that the risk imidacloprid poses to waterborne insects is so great that the chemical should be banned. Mark Winston, a professor of apiculture at Simon Fraser University and senior fellow at the university’s Centre for Dialogue, told CBC News that the recommendation “really surprised” him, because “to take an action to phase out a chemical that is so ubiquitous, and for which there is so much lobbying pressure from industry…that’s a really bold move.”

Based on similar concerns, Health Canada has initiated reviews of two other prominent neonics, clothianidin and thiamethoxam. They, too, have potent corporate interests behind them—Bayer is a major producer of clothianidin, while the Chinese agrichemical giant Syngenta is the sole maker of thiamethoxam products on the Canadian market, according to Health Canada.

Meanwhile, south of the border, imidacloprid has also generated serious concern among regulatory agencies. Back in January, the EPA released a preliminary assessment finding that in two crops where it’s commonly used, cotton and citrus, imidacloprid harms bees and lowers honey production. As for the most prominent crop for imidacloprid, soybeans, the EPA noted that they’re “attractive to bees via pollen and nectar,” meaning they could expose bees to dangerous levels of imidacloprid. But the agency revealed that it doesn’t know whether it causes harm, because data on how much of the pesticide shows up in soybeans’ pollen and nectar are “unavailable” both from Bayer and independent researchers—even though it’s been on the market for 20 years.

Overall, the assessment was so dire that an EPA spokeswoman told me at the time that the agency “could potentially take action” to “restrict or limit the use” of the chemical by the end of this year. Such a move has yet to happen.

Meanwhile, Hurricane Trump has descended upon Washington. His main ag adviser during the campaign, Charles Herbster, regularly denounced regulation of agriculture. The man leading Trump’s EPA transition is an anti-regulation zealot, and according to Politico, the president-elect is mulling candidates of that ilk to head the agency. Soon, it may not just be disappointed Democrats who fantasize about emigrating north. Bees and aquatic insects may join them.