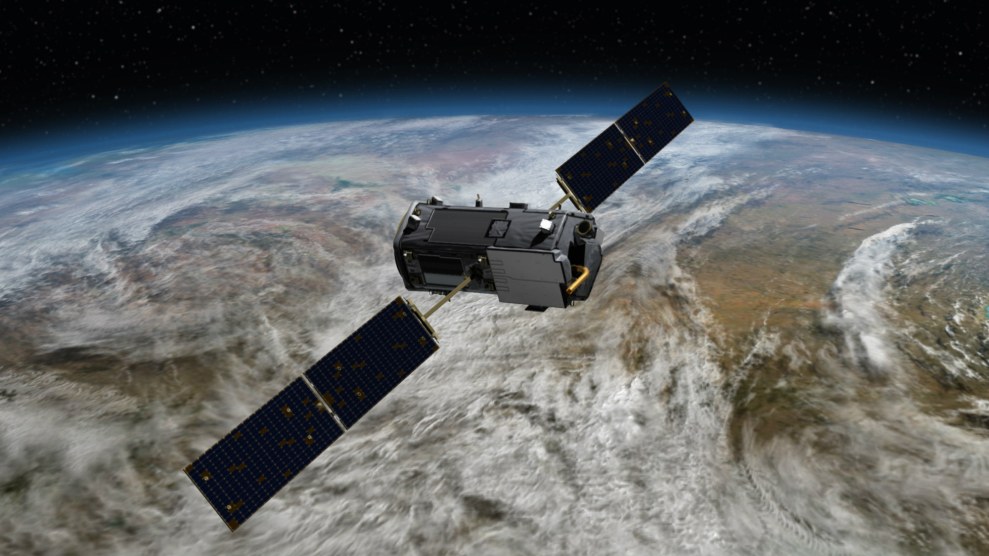 The threat of climate change was thrust into the public consciousness in June 1988, when NASA scientist James Hansen told a congressional committee that researchers were now 99 percent certain that humans were warming the planet. “The greenhouse effect has been detected, and it is changing our climate now,” he said.

In the three decades since Hansen’s dramatic testimony, NASA has played a leading role in researching climate change and educating the public about it. The space agency’s satellites track melting ice sheets and rising seas, and its scientists crunch the data showing how quickly the Earth is warming. 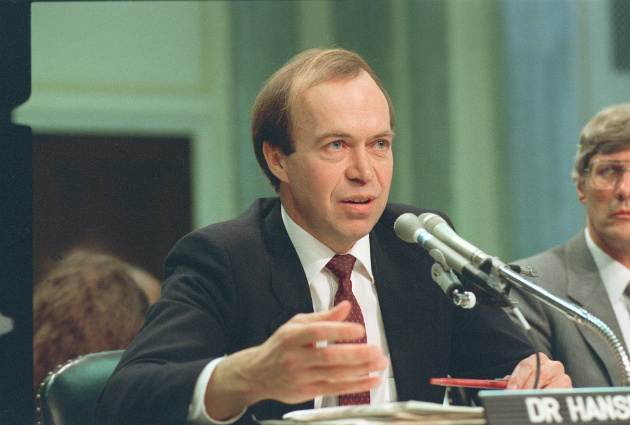 James Hansen, then a top NASA scientist, testifying about the links between global warming and drought at a 1989 Senate hearing Dennis Cook/AP

But if Donald Trump’s advisers get their way, NASA won’t be studying the Earth as much as it has in the past. Bob Walker, a former GOP congressman from Pennsylvania who counseled Trump on space policy during the campaign, has referred to the agency’s climate research as “politically correct environmental monitoring” that has been “heavily politicized.” Walker (inaccurately) told the Guardian in November that “half” the world’s climate scientists doubt that humans are warming the planet.

Walker wants to shift new climate research from NASA to other government agencies, such as the National Oceanic and Atmospheric Administration. “My guess is that it would be difficult to stop all ongoing NASA programs,” he told the Guardian, “but future programs should definitely be placed with other agencies.” NASA, he says, should focus on deep space exploration. (As my colleague Pat Caldwell points out, “Since Trump isn’t promising any additional funds to NOAA for these new responsibilities, the result could be pressure to cut back on climate change research.”)

Trump hasn’t actually endorsed Walker’s proposal, and some experts doubt that such a transition could ever be implemented. But his comments have garnered plenty of backlash from the scientific community. “We’re not going to stand for that,” said astrobiologist David Grinspoon in a recent interview with Indre Viskontas on our Inquiring Minds podcast. “We’re going to keep doing Earth science and make the case for it. We’ll get scientists to march on Washington if we have to. There’s going to be a lot of resistance.”

Grinspoon, a researcher at the Planetary Sciences Institute, receives NASA funding for his work. But he’s quick to point out that he doesn’t do Earth science. During a follow-up interview, he told me that even though he and his space science colleagues could personally benefit if funding were shifted away from Earth research, he would still staunchly oppose such a move. “I will defend the NASA Earth science division with everything I’ve got,” he said, adding that Walker’s proposal “would be disastrous to our overall efforts to understand the Earth and the other planets, which is really the same effort.”

“We’re going to stop looking at Earth form orbit because we don’t like what we are seeing and the conclusions that leads us to? That’s nonsense.”

Grinspoon’s argument that Earth science and space science are inseparable might sound odd to someone who has been listening to Walker or some Republicans currently in Congress. “I would suggest that almost any American would agree that the core function of NASA is to explore space,” Ted Cruz, whose Senate subcommittee oversees NASA, said in 2015 while complaining that Earth science used too much of the agency’s budget. “I am concerned that NASA in the current environment has lost its full focus on that core mission.”

Grinspoon says the view espoused by Walker and Cruz is based on a “misconception” that Earth science is somehow “frivolous” or not really “key to NASA’s main mission.” That’s simply wrong. “You cannot study other planets without referring to Earth and without applying the techniques and the insights of Earth science,” he argues. “And you cannot really do a good job understanding the Earth without the insights from planetary exploration.”

Grinspoon points to the “great revelation that started the Scientific Revolution 400 years ago”: Galileo’s telescope research demonstrating that the Earth is a planet orbiting the sun and that other, similar planets are doing the same thing.

In the modern era, Grinspoon is particularly interested in his colleagues’ research demonstrating the impact people are having on our planet—he’s the author of Earth in Human Hands, a recent book exploring the role man has played in altering our world. But he points out that NASA’s Earth science program goes far beyond climate change. “It’s a broad-based effort to understand the Earth system,” he says. “And out of that [research] has come a realization that climate is changing—a wide range of indicators: from changes in sea ice to droughts and changes to the hydrological cycle and movement of species and the documentation of urbanization and deforestation.”

“We’re going to stop looking at Earth from orbit because we don’t like what we are seeing and the conclusions that leads us to?” he adds, incredulously. “That’s nonsense.” 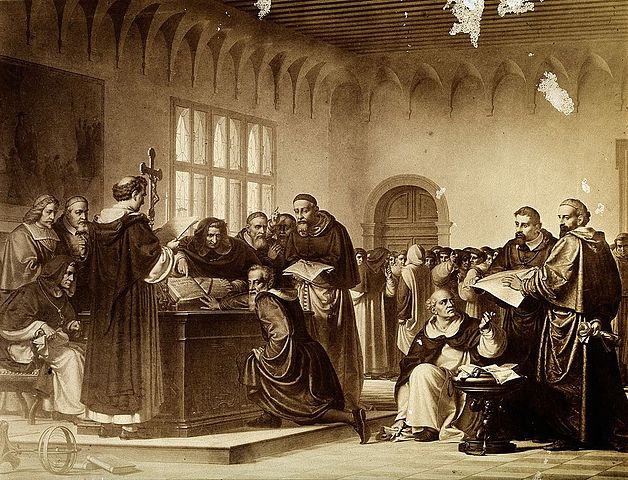 But what about Walker’s proposal to shift NASA’s climate work to NOAA? That, too, is nonsense, Grinspoon says. “NOAA is tiny compared to NASA.” The move would require a massive expansion of NOAA’s capabilities that would set American research back 20 years. “If we gutted NASA Earth science, it wouldn’t be NOAA or some other agency that would take the lead,” he says. “It would be the Chinese and the Europeans and the Japanese.”­

Fortunately, Grinspoon is pretty convinced that the threats to Earth science are mostly “loose talk.” While he’s worried that NASA research programs could lose some funding, he doesn’t think Trump or Congress would really try to stop it altogether.

Other experts I talked to agree. “It’s not at all clear that they are even going to propose this,” says Josh Shiode, a senior government relations officer at the American Association for the Advancement of Science. He points to a recent Science magazine interview with Rep. John Culberson (R-Texas), who chairs the House subcommittee in charge of the budgets for NASA, NOAA, and the National Science Foundation. While Culberson wouldn’t promise that Earth science programs would continue to be housed in NASA, he didn’t endorse Walker’s proposals either. “Nobody in the Earth sciences community should be concerned in the least,” he said. “All of us in Congress are strong supporters of keeping a close eye on planet Earth.” Shiode says the idea would face even longer odds in the Senate, where a number of mainstream Republicans would likely oppose it.

Andrew Rosenberg, who heads the Center for Science and Democracy at the Union of Concerned Scientists, also doubts that Congress would attempt to eliminate NASA’s Earth science budget. A bigger concern, he says, is that Trump—an infamous global warming denier—could appoint officials who would interfere with the ability of climate scientists at the agency to publicize their research.

The key, says Rosenberg, will be for the public—scientists, politicians, and concerned citizens—to hold the Trump administration accountable. NASA’s researchers will continue doing groundbreaking climate change work, and Americans, he says, “need to let the government know that they demand this information.”