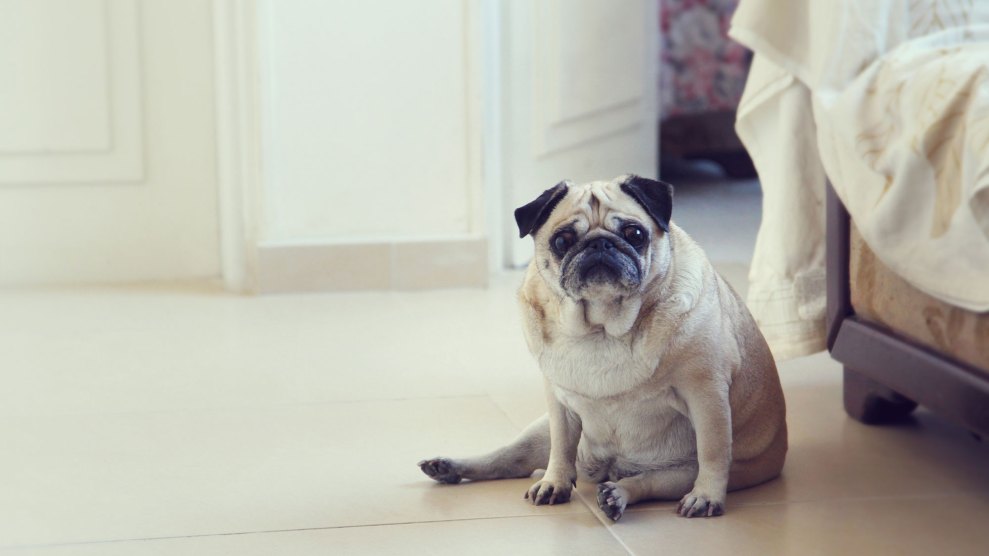 You’ve heard it over and over again: The obesity crisis, which affects more than a third of US adults and costs the country hundreds of billions of dollars every year, is due to the fact that people eat more calories than they expend. In other words, one of the leading causes of preventable deaths is rooted in gluttony and sloth. If people jogged more and ate fewer Big Macs, they wouldn’t get obese.

What if that idea is just wrong? Gary Taubes thinks it is. Taubes joined us on the most recent episode of Bite to talk about the flaws in this popular idea of how we get fat.

As a journalist and author, Taubes has devoted his career to understanding how what we eat affects our weight. Taubes sees serious flaws in the “energy-balance theory”—that you just have to eat less and move more to stave off the pounds—and thinks that the idea is seriously undermining the fight against obesity. The more nutritionists and doctors promote that theory, he argues, the more they avoid talking about what Taubes sees as a more convincing cause of our public health woes: sugar.

Taubes traces the roots of the energy-balance theory in his new book, The Case Against Sugar. In the 1860s, German scientists invented a calorimeter which measured how many calories a person consumed and then used up. This innovation helped inform the “new” nutrition science of the early 1900s: “You could measure the energy in, you could measure the energy out,” Taubes explains. “Clearly if someone was getting fatter, they were taking in more energy than they expended. From this came this theory that obesity was an energy-balance disorder.”

But in the 1960s, researchers developed radioimmunoassay, allowing them to measure the circulation of hormones in the blood. Scientists could soon establish how hormones regulate the fat we accumulate, and how the food we eat influences those hormones. But at that point, notes Taubes: “The obesity and nutrition community continues to say, ‘look, we know why people get fat: It’s because they take in more calories than they expend.'”

Taubes has written a book that’s “the nutritional equivalent of stealing Christmas.”

That stubborn theory—Taubes sarcastically deems it “the gift that keeps on giving”—prevails even today. As my colleague Julia Lurie pointed out in this story, junk food companies seem to be fond of the idea. In one lesson of Energy Balance 101, a curriculum backed by companies like Hershey and PepsiCo and taught to 28 million students and counting, students learn that going for a bike ride can balance out munching on a chocolate bar.

The problem with this mentality, Taubes and numerous doctors and scientists argue, is that it ignores the way certain ingredients play a unique role in the way our bodies develop fat. Sugar is metabolized differently, and it doesn’t trigger the hormone that tells us when we’re full. Doctor Robert Lustig argues that too much sugar causes metabolic syndrome, a condition linked to heart disease, diabetes, and other chronic illnesses.

So if obesity isn’t an energy-balance disorder, but is rather a metabolic defect, says Taubes, “you have to fix the hormonal thing.” And “the way you start fixing it is you get rid of all the sugar in your diet.”

Taubes realizes all of this is such a bummer to swallow. He’s written a book that’s “the nutritional equivalent of stealing Christmas,” he writes. So I wanted to know, if not sugar, what’s his vice? You’ll have to listen to the episode to find out.

Bite is Mother Jones‘ podcast for people who think hard about their food. Listen to all our episodes here, or subscribe in iTunes, Stitcher, or via RSS.