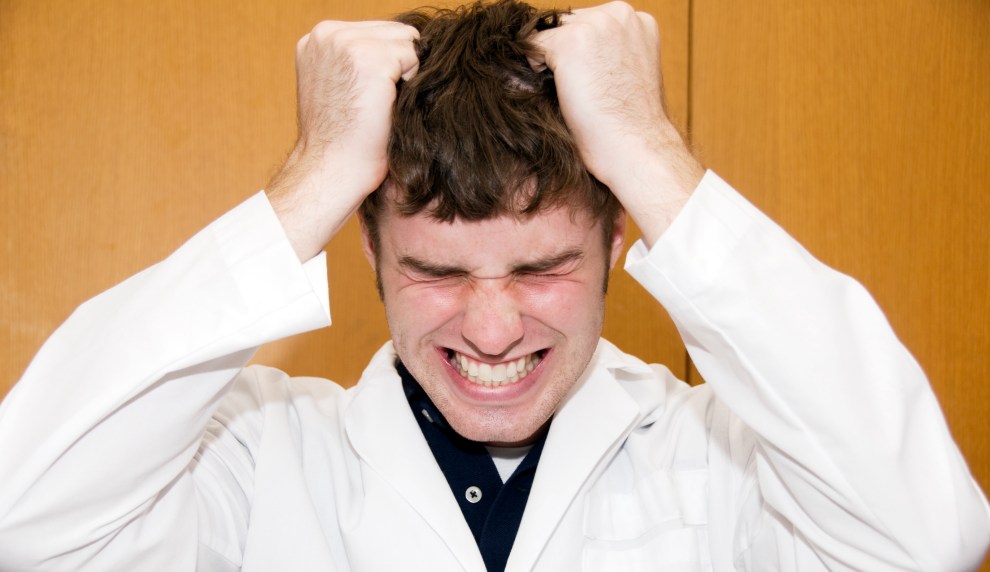 This story was originally published by New Republic and is reproduced here as part of the Climate Desk collaboration.

Earlier this month, thousands of scientists from around the world came together for their favorite nerd fest: The annual meeting of the American Association for the Advancement of Science (AAAS), the world’s largest scientific organization and publisher of the renowned Science journals. There were panels on everything from climate change to robots, hornless cows to honeybees. But this year’s meeting was different than any other in its 168-year history, for one reason: Donald Trump was president. And scientists were freaking out.

“I haven’t seen anything like it in my many decades in science and science watching,” Dr. Rush Holt, the president of AAAS and executive publisher of the Science journals, told the New Republic.

Most scientists are uncomfortable talking politics because their work needs to be perceived as objective rather than partisan. But ever since America elected a president who’s made scientifically inaccurate statements on everything from vaccines to climate change, more and more scientists are stepping into the spotlight to stand up for their profession. That includes Holt, who announced Wednesday that AAAS would partner with the March for Science, an Earth Day rally with the primary goal of preserving and promoting evidence-based policymaking.

In a conversation with the New Republic, Holt—who is also a former U.S. Congressman—talked about the unprecedented level of political anxiety among American scientists, and how those scientists should navigate these murky waters.

TNR: We’ve reached this point where scientists are being thrown into the political spotlight, which I imagine is deeply uncomfortable for a lot of people in this profession. You just came from your annual conference, where thousands of scientists in attendance. What is the level of concern you observed from them about the Trump administration, and politics in general?

“The level of concern and anxiety among scientists—and I guess I’d say the science-friendly public—about the place of science in society in government, has gone beyond concern to anxiety.”

RH: The level of concern and anxiety among scientists—and I guess I’d say the science-friendly public—about the place of science in society in government, has gone beyond concern to anxiety. I haven’t seen anything like it in my many decades in science and science watching.

It used to be when that, when scientists in the hallways would talk about being worried about the state of science, what they really meant was, they were worried about the funding for their research. That’s not so much what we’re hearing now, although I do think scientists don’t realize what Congress seems to have in store for non-defense discretionary spending.

TNR: So you’re saying the concern among scientists has gone from, “will I get funding,” to something more existential.

RH: Existential might even be the right word. The concern now is whether policymakers even understand the meaning of evidence. Whether there is any truth to this descriptor of “fact-free era.” Whether policy is going to be made more and more in the absence of scientific input. There seems to be a concern about whether the public appreciation of science has eroded to a point where it has removed science from public debate and public decision making. Whether the public has come to regard evidence as optional.

TNR: You’ve only been at the head of AAAS some 2014, but compared to other years, was there a lot of political talk at this year’s annual meetings?

RH: That was the main hallways discussion, as well as discussion that broke out in panels on various scientific topics. I’ve never seen anything like it. I’ve also never seen as much of a spontaneous upsurge now of scientists and science-loving members of the public who want to defend science. We see that in the March for Science.

RH: Well, the March for Science is not just a march. It’s a public education effort. It is a children’s science festival. It is emblematic of this public upsurge of interest in defending the idea of science. That’s really unusual. It’s also a rare opportunity for scientists to help get out the message of just how valuable, how powerful science is and how important it is—how it’s more important to lives of nonscientists than to the job of scientists.

TNR: So you don’t think that a march that will likely have politically-oriented signs will undermine science?

RH: There is a sense that science and politics are incompatible. I don’t think so at all. I think it’s important that scientists take great pains to make sure that ideology and personal bias and wishful thinking do not contaminate the collection and analysis and evidence. One must not politicize science. But the converse is not necessarily true. There’s no reason why scientists can not go into the public sphere. In fact, I would argue they should.

TNR: Does that mean you think more scientists should be running for political office?

RH: It doesn’t necessarily mean running for office. Every citizen, scientists included, has some obligation to be involved in public affairs and politics. I do think that in recent months I’ve seen a lot more public-directed attention from scientists. More and more scientists have called me up—strangers for the most part—who say, “I’m thinking about running for office. You’ve done it, how do you do it.” And I say, “just do it.”

TNR: Do you think all this concern is just because of Trump?

RH: Actually, the concerns that I heard raised at the annual meeting seemed to be rooted in trends that began years ago, quite independent of Donald Trump. It is true that when people are appointed to positions and talk without any appreciation or understanding of scientists, well, that gets scientists worried. And when public officials talk about alternative facts, people who have devoted their careers to trying to uncover facts are dismayed. But this type of rhetoric has been present in politics for some time.

TNR: Where do you think the conversation about science in policymaking needs to go from here? What needs to be done to communicate the stakes of an anti-science government?

RH: So much of this discussion in recent weeks and months has not been about specific issues, but about the place of science and science-based evidence in general. The phrase I hear most—more often than genetic engineering or nuclear power or anything like that—is “evidence-based decision-making.” I hear that phrase over and over.

There needs to be a public dawning—and it is beginning to dawn on some members of the public—that how science is practiced actually makes a difference in their lives. If evidence becomes optional, if ideological assertions or beliefs are just as good as scientifically vetted evidence, then their quality of life suffers. I think that’s dawning on people. There’s a level of concern unlike anything I’ve seen.

This interview has been edited for clarity and brevity.