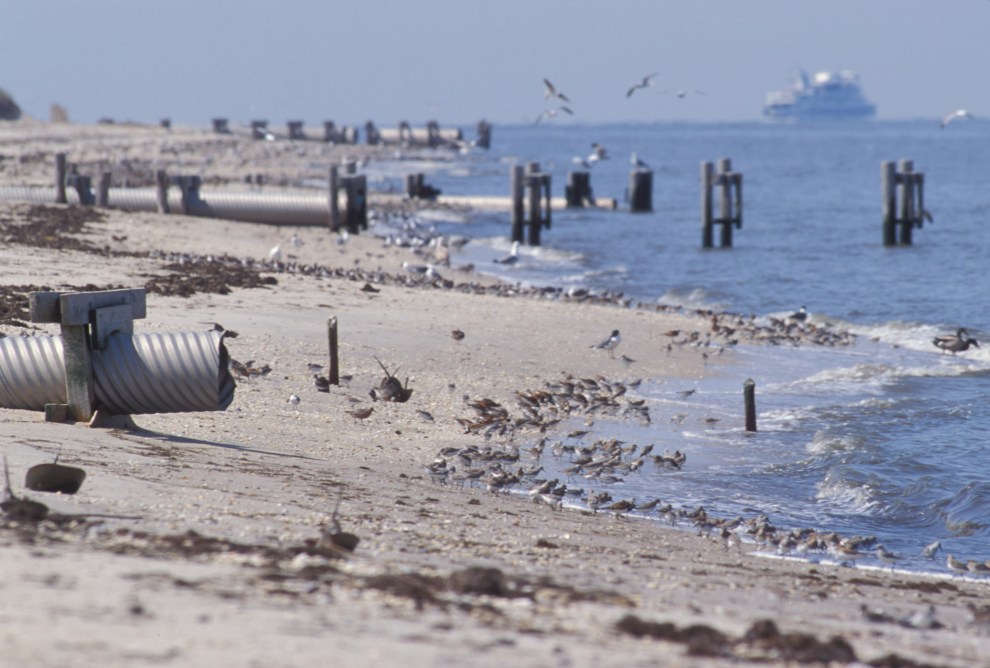 The semi-annual meeting of the Sea Grant Association in Washington, DC, is usually a straightforward affair. It’s typically a time for administrators from around the country to discuss coastal research and hash out the association’s business.

But as members gather to start their meeting on Tuesday, there’s plenty of drama. The Trump administration reportedly plans to slash the budget of the National Oceanic and Atmospheric Association and gut federal funding for NOAA’s Sea Grant program.

This time, Sea Grant’s very existence is at stake.

“My initial reaction [to the news] was horror and disgust,” says Jim Eckman, director at California Sea Grant. “I think we’re facing a much graver crisis that we’re going to have to deal with.”

“My initial reaction [to the news] was horror and disgust.”

Though hardly a household name, Sea Grant funds important work, supporting over 3,000 scientists and paying for coastal research through 33 university programs. Sea Grant projects shed light on sea-level rise, ocean acidification, the effect of melting glaciers on kelp beds, and much, much else.

Congress created the Sea Grant program in 1966 in part to improve scientific understanding for the fishing industry. Since then, it has helped pay for projects that encourage commercial fishers to adopt sustainable practices off the coast of Ventura, California. It has backed efforts to improve water quality in the Chesapeake Bay and to forecast the loss of wetlands from hurricanes hitting Louisiana.

Sea Grant directors get federal money and hustle to match it with private and state investment for research. Sometimes they manage to double what the government gives them. But without a federal commitment, the program would be finished, says MaryAnn Wagner, a spokesperson for Washington Sea Grant.

Coming to grips with the reality of climate change is scary enough. Dealing with its assault on coasts without the extensive research to understand the consequences? Downright devastating, administrators say.

In coming days, directors will start mapping out plans to defend the program. “Big fights are a-brewin’,” Eckman says.

The Trump administration reportedly wants to use the cuts to NOAA and its $73 million Sea Grant program to help pay for a $54 billion boost in military spending.

Eckman and other directors doubt Sea Grant’s bipartisan support in Congress will erode so quickly for a program it has supported for decades. They hope Congress will have their backs.

“I have to assume there are some wise people in our Congress who see the flaw” of prioritizing defense over science, says Paul Anderson, who directs Maine Sea Grant. “Mr. Trump is setting up for a political battle.”

Sea Grant’s managers say Trump’s proposal underscores the administration’s disrespect for science. They suspect similar cuts will come to programs at the Department of the Interior, the US Geological Survey, and the US Forest Service — at a cost to scientific understanding.

Slashing funding for scientific research would be “a disservice to everybody in the nation and the world,” Anderson says. “It’s like flying blind. Why would we fly blind if we don’t have to?”

Though the cuts seem drastic, it’s not the first time a president has threatened to obliterate the Sea Grant program. In 1981, the Reagan administration proposed pulling federal funding. A task force assembled to defend Sea Grant. An analysis of 57 examples from the program found the $270 million the government spent on Sea Grant during its first 14 years yielded $227 million in economic benefits each year. Congress was ultimately swayed to protect it.

A similar political dance could happen this time. According to Wagner from Washington Sea Grant, every federal dollar spent returns about $8 in economic benefits. A NOAA analysis shows the program helped support $575 million in economic development and more than 20,000 jobs in 2015. “This is a small but mighty program,” Wagner says.

Knowing Sea Grant has survived a challenge before buoys hope that maybe the Trump administration won’t succeed in scrapping it. “It makes me less worried,” says Linda Duguay, a Sea Grant director at the University of Southern California. “But then, I thought the election was going to go in a different direction.”