Amid news reports that President Donald Trump is preparing to pull the US out of the Paris climate treaty on Wednesday, Tesla CEO and member of Trump’s economic advisory council, Elon Musk, threatened to step down as an adviser if the president went through with the withdrawal.

Musk took to Twitter to insist he had done all he could to convince Trump to remain in the accord. When asked what he would do if his efforts went unheeded, the Tesla CEO said he would have no choice but to leave: 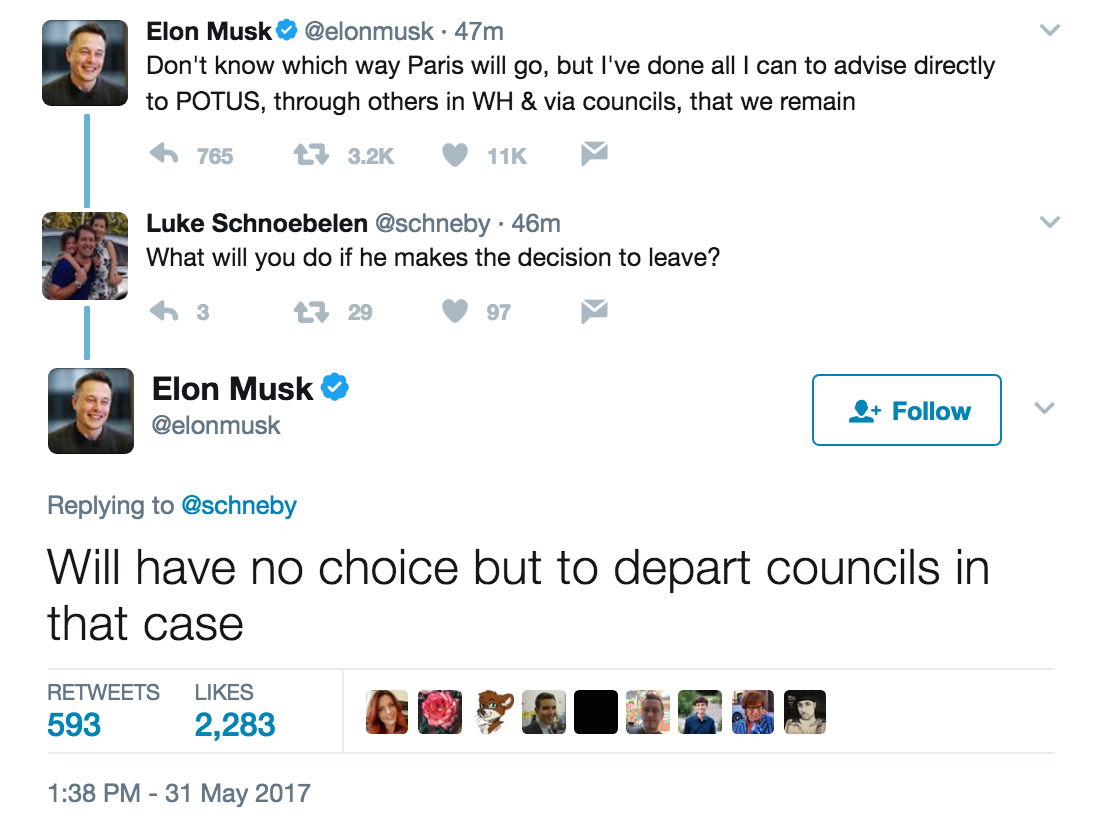 Musk is among a growing list of executives, Republicans, and oil industry leaders urging Trump to remain in the treaty that 195 countries have signed.

In December, Musk attracted widespread criticism for his decision to serve on Trump’s advisory team, which includes other heads of powerful companies such as Disney and Walmart. While he previously expressed reservations regarding Trump’s fitness for the Oval Office, Musk would later rationalize his decision to advise Trump as his effort to provide a “voice of reason” in the increasingly erratic administration.

On Wednesday, White House press secretary Sean Spicer refused to confirm mounting reports of Trump’s plan to pull out of the agreement. When asked specifically about Musks’ threat, Spicer told reporters, “Let’s wait and see what the president’s decision is.”