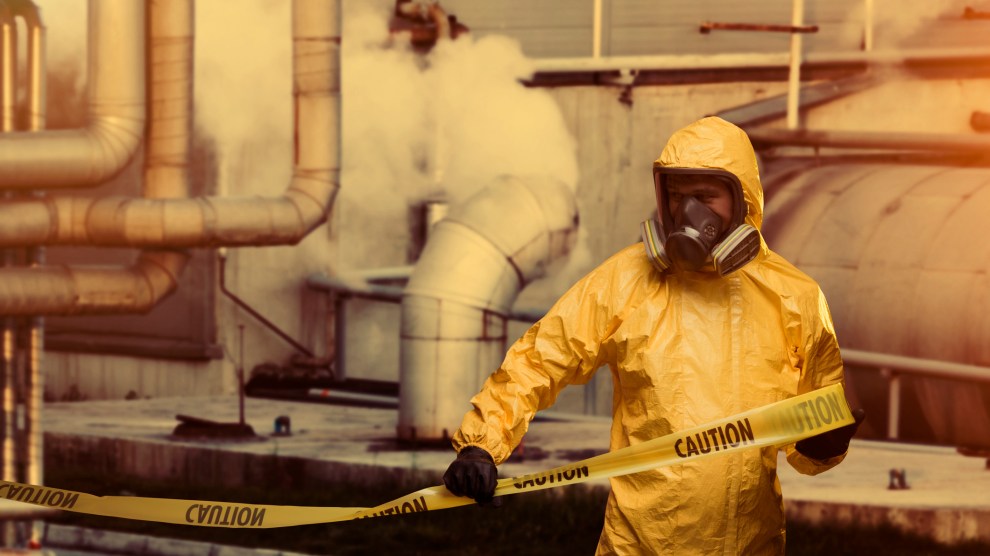 Earlier this year, White House Chief Strategist Steve Bannon said the Trump administration will be fighting regulations at every turn through “the deconstruction of the administrative state.” The Regulatory Accountability Act, dubbed the “License to Kill bill” by some environmental groups, may kick off that trend by making reining in the industry much more difficult. The act passed the House in January, and the Senate is now working on its own version. Public health experts and environmental scientists worry that if passed, the legislation would have dire consequences for the health and safety of average Americans.

Government rules and regulations protect consumers in dozens of ways: For instance, think of the laws that require air bags and seat belts in cars, rules that cut down on air and water pollution, control the tobacco industry, ensure food safety, or rein in pesticide use. These rules, enforced by federal agencies like the Food and Drug Administration and the Environmental Protection Agency, can take many years to get approved. They require lengthy vetting involving research, panels of scientists, and comments from industry experts and the general public.

Advocates for regulatory reform say federal rules, especially those costing upwards of $100 million, have gotten out of hand, and that less regulation will increase innovation and boost economic growth. In an opinion post in The Hill, William Kovacs, vice president of Environment, Technology, and Regulatory Affairs of the US Chamber of Commerce, wrote that the Regulatory Accountability Act would allow Congress to “make sure that for the costliest one-half of one percent of regulations, the agencies do a better job at finding the facts, getting the science right, involving the public, and ensuring the benefits outweigh the cost.”

But environmental groups worry that the bill favors large corporations over individuals, for instance by making it harder to enact laws protecting consumers from dangerous substances. Take asbestos. This naturally occurring substance was once used for creating heat resistant materials such as building insulation, and is now commonly used in the manufacturing of brake pads and chlorine. The cancer-causing effects of asbestos are widely known. Although the chemical is banned from most products, there’s no federal ban. Given that about 2,500 people die from mesothelioma, a cancer linked to exposure to asbestos, every year, public health experts have been awaiting a federal rule on the material after its original rule was reversed 26 years ago. (In 1989, the EPA issued a final rule banning asbestos, but that rule was overturned two years later by a court of appeals.) Asbestos is again up for EPA review this year. During his Senate confirmation hearing last January, EPA chief Scott Pruitt dodged the question of whether he’d be for an asbestos ban. In his 1997 book, The Art of the Comeback, Trump claimed the nasty chemical “got a bad rap.”

In his 1997 book, The Art of the Comeback, Trump claimed asbestos had “gotten a bad rap.”

And if the Regulatory Accountability Act becomes law, the chances of the EPA banning asbestos would be significantly more difficult, according to Richard Denison, lead senior scientist at the Environmental Defense Fund. Denison says the RAA would require the EPA to prove that its decision to ban it is the most “cost effective” option and that the benefits able to be quantified from banning it would outweigh the costs of doing so. The bill would also allow anyone to question the agency’s decision, moving the rule to a hearing and requiring testimonies before an administrative law judge. “This is going to impose so many additional requirements on an agency to regulate anything,” Denison said. “It’s a recipe for grinding regulatory activity to a halt merely by making it that much more difficult to do.”

Senator Rob Portman (R-Ohio) introduced the Senate version of the Regulatory Accountability Act, along with Senator Heidi Heitkamp (D-ND). The Environmental Working Group determined that 35 percent of the donors to Heitkamp’s campaign also supported or lobbied in favor of the act. These donors have ties to or work for corporations such as BP, Exxon, Home Depot, and Walmart—industry giants that might love to be rid of burdensome, expensive regulations.

Fourteen national environmental groups are urging the Senate to vote against the bill. Scott Faber, vice president of policy at the Environmental Working Group, said if the Regulatory Accountability Act passes, its effects would be felt long after the President has left office. “Trump is temporary but the ‘License to Kill bill’ is forever,” Faber said. “If Congress permanently throws sand into the gears of our regulatory process that creates consumer protections, it will be a generation or more until we can undo the damage.”