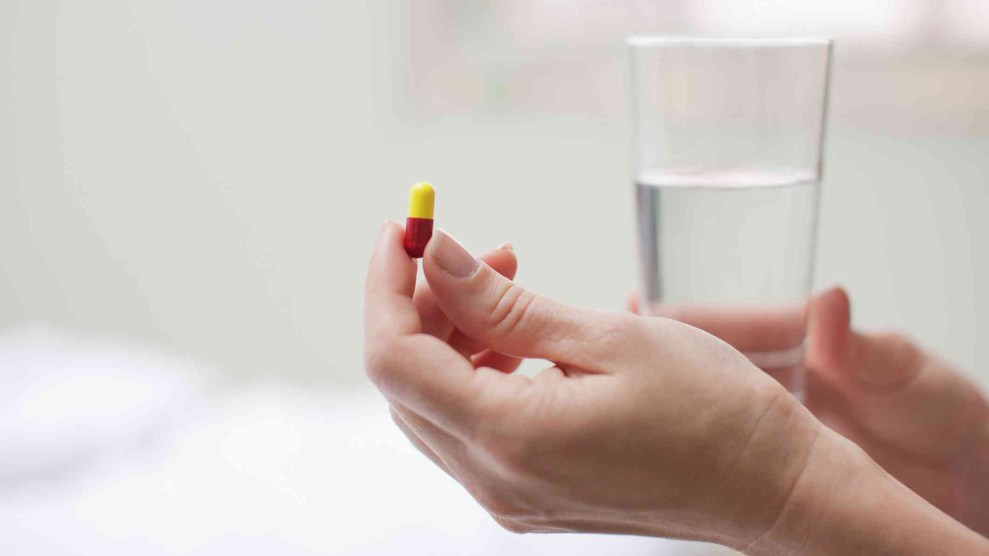 Mothers of newborns should not take pills containing their placenta, the Centers for Disease Control and Prevention warned yesterday. The advisory came after doctors linked a newborn’s case of a dangerous infection—called group B Streptococcus agalactiae (GBS) bacteremia—to her mother’s consumption of the baby’s placenta, dehydrated and encapsulated.

Placenta pills are not regulated—so there’s no way to know what’s actually inside them, or what goes on during the manufacturing process.

The trend of new mothers dosing themselves with placenta pills has taken off in the last few years, with encapsulation companies claiming that consumption of placenta can boost mothers’ energy, help them produce more milk, and ward off postpartum depression. Here’s how it works: After the baby is born, the hospital preserves the placenta—the organ that connects a fetus to the uterine wall and provides nutrition during gestation—for the family to take home. With some services, the family then sends the placenta to a facility for dehydration and encapsulation; other companies send a technician to the home with a food dehydrator and encapsulation supplies. Over the next few weeks, the mother consumes the capsules.

The pills spiked in popularity in 2015 when Kim Kardashian, then pregnant with her son, Saint, wrote that she planned to take them. “I heard so many stories when I was pregnant with North of moms who never ate their placenta with their first baby and then had postpartum depression, but then when they took the pills with their second baby, they did not suffer from depression!” she wrote. “So I thought, why not try it? What do I have to lose?”

But scientists say there is no evidence to support claims of any health or psychological benefits of consuming the placenta. Furthermore, as this 2016 review in the Journal of Obstetric, Gynecologic, and Neonatal Nursing noted, placenta pills are not regulated—so there’s no way to know what’s actually inside them, or what goes on during the manufacturing process. That leaves women who consume the pills vulnerable to infection, environmental toxins, and exposure to potentially dangerous levels of hormones.

In the case that spurred the CDC’s warning, a newborn who was having trouble breathing was rushed to the emergency room and eventually diagnosed with GBS bacteremia. (Before giving birth, the infant’s mother had undergone a routine test for GBS—it was negative.) After samples from the disease infant’s blood matched ones from the placenta capsules that the baby’s mother had consumed, scientists concluded that the most likely source of the infection was contact with the mother, who had almost certainly contracted the bacteria from the pills but showed no symptoms of the illness herself. Luckily, the infant survived after a hospital stay and an intensive course of antibiotics.