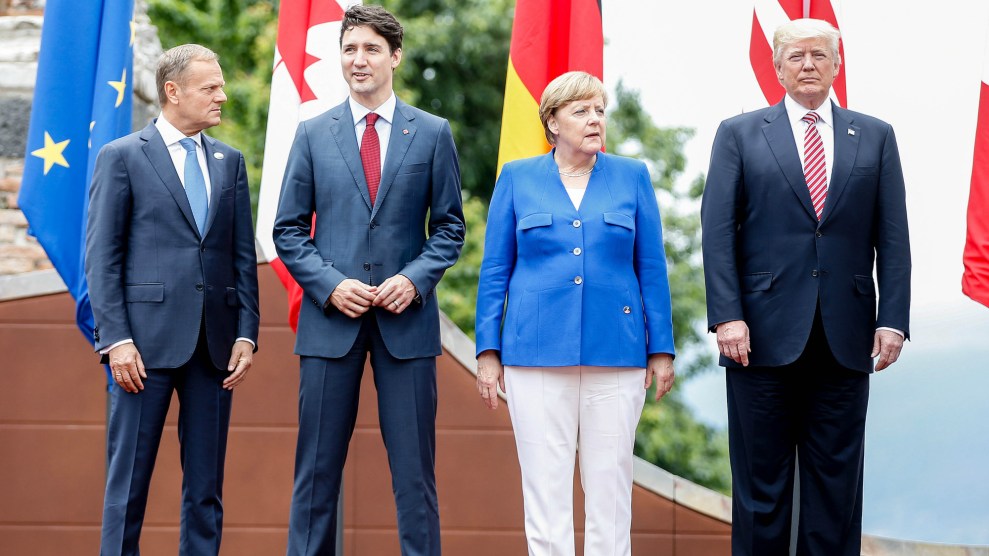 President Donald Trump announced Thursday that he intends to pull the United States out of the Paris climate change agreement.

Trump has already faced criticism from world leaders, who’ve pressed him to stay in the landmark accord; from business leaders such as Elon Musk; and of course environmentalists, who say Trump is dooming the world to the worst-case scenario of global warming. Other countries, including China and European nations, have responded by reiterating their commitments to the Paris deal this week as Trump signals the United States’ withdrawal.

Trump said Thursday that he is open to renegotiating the Paris agreement or forging a new deal, though it was clear from a White House press call following his remarks that the administration hadn’t thought through what a renegotiation would look like. And even if Trump is serious about the idea, key world leaders quickly dismissed the idea:

The United States can’t formally initiate the withdrawal until three years after the agreement entered into force, which happened last fall. The withdrawal process will then take an additional year to complete. That means that regardless of Trump’s actions, the US will remain in the agreement until shortly after the 2020 election.

The Paris deal isn’t enough on its own to keep global warming below the widely agreed-upon threshold of 2 degrees Celsius, but it is the most universal deal covering global greenhouse gasses yet. It commits developing nations and industrialized ones to a similar framework for tackling climate change.

Under the Paris framework, the US voluntarily committed to reducing greenhouse emissions 26-28 percent and contributing $3 billion to help developing combat climate change. Trump has already begun to undo the Obama-era policies that are central to meeting those emissions targets.

Asked how Trump’s move affects the Paris climate accord, Laurence Tubiana, France’s former climate envoy, remained optimistic. “It’s not catastrophic for the Paris agreement by far,” she said. “In a way, it’s more a problem for the US than for the global community,” she added, noting that governments and businesses around the world remain supportive of climate action.