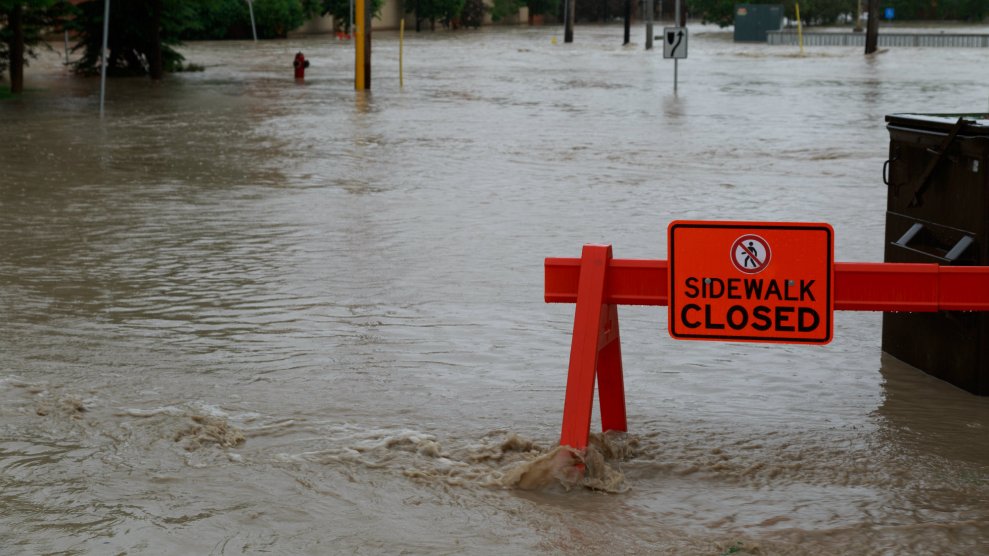 The threat of sea level rise because of climate change could obliterate many coastal communities in the coming decades. Given the anti-science predisposition of the current administration, a new report shows just how bad it could get if the U.S. doesn’t take action.

“The final result, late this century and beyond, may be neighborhoods under water,” researchers from the Union of Concerned Scientists wrote in their new report, “When Rising Seas Hit Home.”

After analyzing flood data and interviewing community experts, researchers found that in some scenarios, almost 670 coastal communities will face problems of chronic inundation by the end of century.  That means that by 2100, tidal flooding over 10 percent or more of useable land would occur, on average, twice a month, involving 60 percent of communities on the East and Gulf Coast and a smaller number on the West Coast. By 2100, if the worst predictions come true, President Donald Trump’s favorite estate and beach resort, Mar-a-Lago, will be completely submerged.

More than 50 cities with a high population, including Boston, Oakland, Fort Lauderdale, and four of the boroughs of New York City will also experience chronic inundation.

“Low-income communities face significant social and economic challenges that put them at a disadvantage when faced with natural disasters,” researchers said. This is reflected in the story of Fouche Shepard, a resident of Charleston, South Carolina who is featured in the report. She was fired after she couldn’t get to her job because of flooding. “How many people are going to lose their jobs when they can’t get to work because their car has been destroyed by flooding?” Shepard asked.

According to researchers, the U.S. can avoid catastrophic rising sea levels by limiting development in known flood areas, updating flood-risk maps so projected sea level rise is included, and building well-funded programs for communities that are forced to relocate.

“We are at a turning point where we can still avoid some of the most serious human consequences and losses that our coasts face this century,” researchers wrote. “We have time to respond. We must use it wisely.”