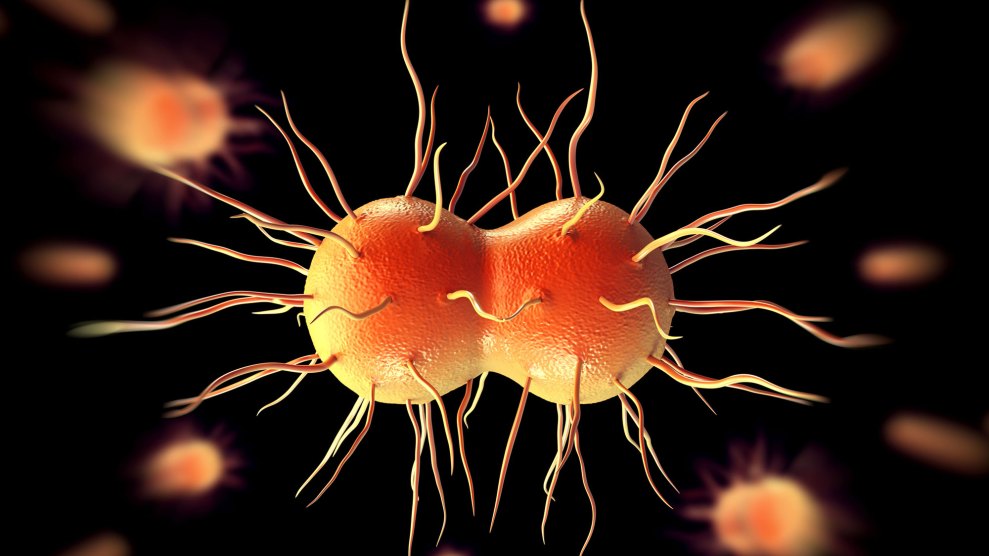 The overuse of certain antibiotics has dulled their ability to fight infections, leading to such maladies as untreatable “super gonorrhea.” When world leaders gathered in Germany for the first-ever G20 Health Ministers meeting in May, they called for a “coordinated global response” to antibiotic resistance, currently “one of the biggest threats to global health.” But in stark contrast to the G20 leaders’ efforts, President Donald Trump and Republican lawmakers in the United States are instead proposing to make deep cuts to, and in some cases eliminate, the federal programs focused on battling this resistance.

We could soon be in a world in which “modern medical advances such as surgery, transplants, and chemotherapy may no longer be viable due to the threat of infection.”

At least 2 million Americans fight infections that are resistant to antibiotics every year, and 23,000 die from them, according to the Centers for Disease Control and Prevention. “As more strains of bacteria become resistant to an ever-larger number of antibiotics, our drug choices have become increasingly limited,” noted the White House’s “National Strategy for Combating Antibiotic-Resistant Bacteria” in 2014, adding ominously that we could soon be in a world in which “modern medical advances such as surgery, transplants, and chemotherapy may no longer be viable due to the threat of infection.” To address these concerns, in 2016 Congress funded the CDC to the tune of $160 million to create the Antibiotic Resistance Solutions Initiative (ARSI) to try to improve detection and containment of resistant infections across the country.

But that funding, and therefore the entire initiative, could soon vanish. Trump’s 2018 budget seeks to cut the ARSI budget by roughly $23 million, and it would shift the source of funding from the general CDC fund to its Prevention and Public Health Fund. Yes, that’s the very same fund that the Republican-controlled Senate is hoping to eliminate completely with its latest health care bill. In short, the combination of Trump’s budget and the Senate’s bill would effectively suffocate ARSI.

“That would be not only a tremendous risk to patients and public health, but also a waste of the money that was spent over the past two years on this effort,” said Amanda Jezek, the vice president of public policy and government at the Infectious Diseases Society of America, a group that represents doctors, scientists, and other health care professionals.

In late June, IDSA sent a letter to Congress signed by more than 60 organizations—including the American Academy of Pediatrics and the Pew Charitable Trusts—expressing concern about Trump’s proposed budget cuts. As the letter points out, Trump’s 2018 budget proposal would also eliminate more than $1 billion from the National Institutes of Health and cut $50 million from the Food and Drug Administration’s Center for Veterinary Medicine, which has been working on curbing the overuse of antibiotics in animal agriculture. (My colleague Tom Philpott wrote about how livestock practices give way to drug-resistant superbugs in this Mother Jones feature.)

The most important factor leading to antibiotic resistance is simply the use of antibiotics—employing them over long periods of time allows the organisms they are designed to kill to adapt to them. And unfortunately, in the United States these drugs are prescribed incorrectly or unnecessarily up to 50 percent of the time. The national strategy to fight drug-resistant bacteria set forth under Barack Obama’s White House included the goal of halving this inappropriate antibiotic use by 2020 through a few different mechanisms, including the National Healthcare Safety Network, which tracks resistance patterns and infections at 17,000 of the country’s health care facilities. “How are we going to know those efforts are working if we’re not tracking antibiotic use?” Jezek says.

At the conclusion of the G20 summit last weekend, Germany’s Chancellor Angela Merkel said the summit’s leaders had committed to building “a common front in the fight against antimicrobial resistance,” giving Jezek hope that at least “there seems to be recognition that this is a very serious issue.” Come Thursday, when the House subcommittee on Labor-HHS appropriations is set to mark up the 2018 funding bill, Americans will come closer to knowing whether its new government agrees.