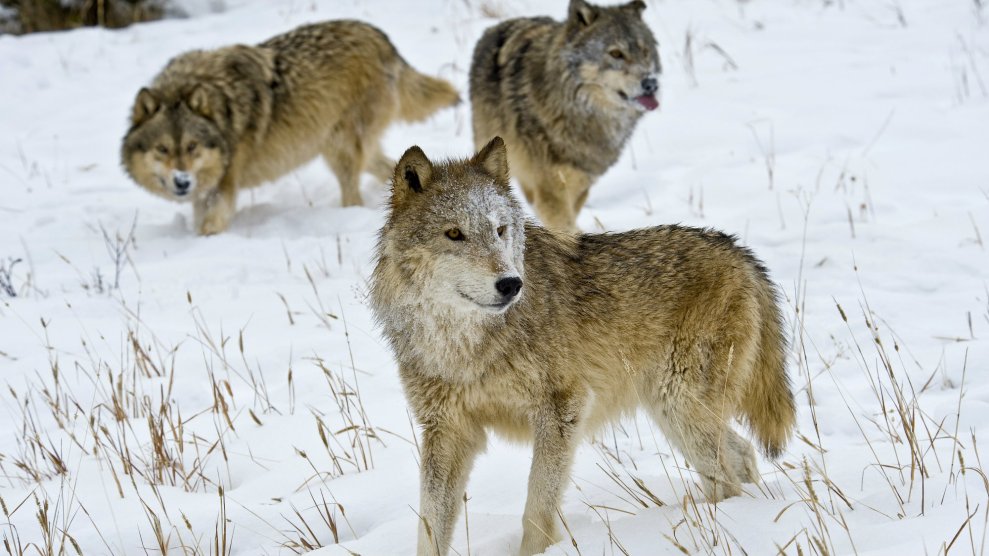 A federal appeals court chose on Tuesday to keep in place Endangered Species Act protections for gray wolves in the western Great Lakes region — a decision that could also have implications for Yellowstone grizzly bears and other wildlife.

The U.S. Court of Appeals for the D.C. Circuit upheld a lower court’s 2014 ruling that the U.S. Fish and Wildlife Service acted prematurely when it removed protections for wolves in Michigan, Minnesota and Wisconsin.

The federal agency “failed to reasonably analyze or consider” the impacts of its decision on the greater population of gray wolves, the appeals court said.

“The Service’s power is to designate genuinely discrete population segments; it is not to delist an already-protected species by balkanization,” the court ruled. “The Service cannot circumvent the Endangered Species Act’s explicit delisting standards by riving an existing listing into a recovered sub-group and a leftover group that becomes an orphan to the law.”

The decision blocks those three states from allowing limited hunting of the wolves.

In 2011, the Fish and Wildlife Service issued a final rule that removed Endangered Species Act protections for the Great Lakes wolves, which at the time had a population of around 4,400. Two years later, the Humane Society of the United States sued the Fish and Wildlife Service and its parent agency, the Interior Department, over the decision. A federal trial court sided with the nonprofit the following year, which meant the wolves went back on the protected list.

Ralph Henry, director of litigation at the Humane Society, said that the government had succumbed to political pressures, rushed a rule and took too narrow a focus.

The D.C. Circuit’s decision sets a valuable precedent, he said, and will likely have implications for other imperiled species. “I think this ruling is going to stand in the way of the Fish and Wildlife Service dealing with species recovery in a piecemeal fashion,” he said.

The Interior Department and the Fish and Wildlife Service did not immediately respond to HuffPost’s request for comment.

In June, the Interior Department announced that after four decades on the Endangered Species Act list, the population of grizzly bears in and around Yellowstone National Park has recovered to the point that they no longer require protection. The federal listing was lifted on Monday, with the states of Montana, Wyoming and Idaho taking over management of the approximately 700 bears in the Yellowstone area. A group of conservation nonprofits and the Northern Cheyenne Tribe plan to sue the Trump administration, arguing this latest decision ignores the best available science and violates the Endangered Species Act.

By ending protections for Yellowstone grizzlies, the Fish and Wildlife Service has “created a legal orphan status for grizzly bears outside the delisted area,” the Center for Biological Diversity said in a release Tuesday.

“Wolves and grizzlies are symbols of America’s wild places,” Noah Greenwald, the center’s endangered species program director, said in the statement. “We’re lucky the Endangered Species Act requires us to restore these magnificent animals and not declare victory when just one small population is stabilized.”

Among the numerous endangered species-related bills currently being considered by Congress are a pair of proposals that would strip protections for wolves in the Great Lakes region by requiring the Interior Department to reissue the 2011 rule.

“Congress should respect the ruling relating to the management of wolves in the Great Lakes and allow the Fish and Wildlife Service to re-examine the broader conservation questions raised by the courts,” Jonathan Lovvorn, senior vice president and chief counsel for animal protection litigation at the Humane Society of the United States, said Tuesday in a statement.