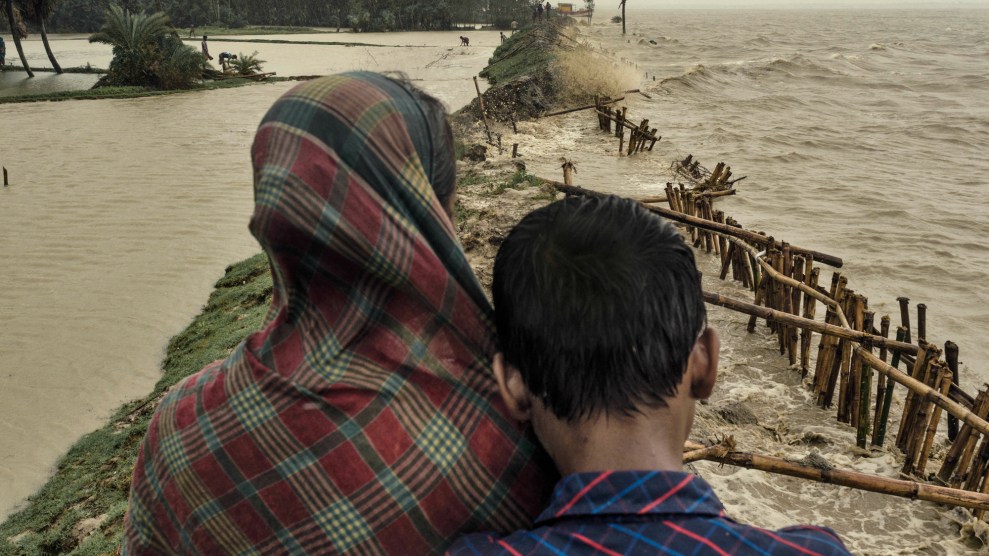 People around the world consider climate change to be a top security threat—and in some cases the biggest threat, according to a survey published Tuesday by Pew Research Center. The poll surveyed 42,000 adults in 38 countries and asked them to prioritize eight types of perceived threats, including concern about the economy, cybersecurity, climate change, and ISIS.

Of course, views on all these issues varied widely depending on region, age, and the political leanings of those who were surveyed. In most cases, especially in most western European countries, climate change ranks in second place when it’s not a top concern. Overall 13 countries surveyed—most clustered in Latin America and sub-Saharan Africa—ranked global warming as the top concern. Eighteen nations picked ISIS. 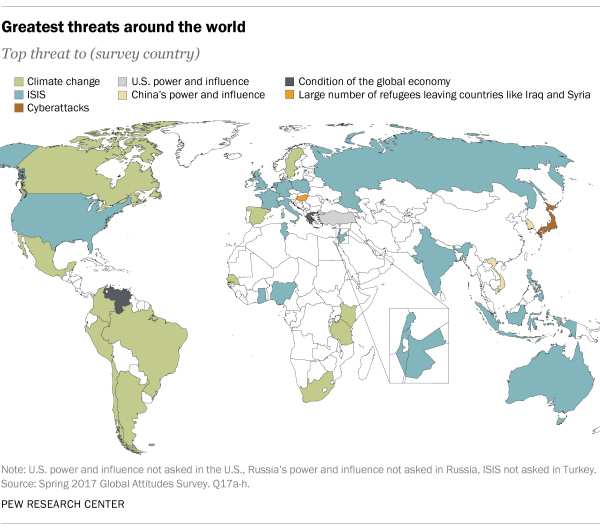 Americans tend to consider ISIS and cybersecurity to be greater threats than climate change, in comparison to Canada and most European countries. Out of the eight issues polled, Americans rank climate change third (56 percent), while 74 percent rank ISIS as number one, and 71 percent see cyberattacks as a top threat. Cybesecurity also comes in second in Germany and the UK, which were also recent victims of high-profile attacks.

Among those who do consider climate change a major security threat, the US is also uniquely polarized. Eighty-six percent of liberals say climate change is a major concern, while only 31 percent of conservatives say the same. The right-left divide exists in other countries, but no country approaches the 55-point gap in the US.

Though terrorism dominates the news when an attack occurs, in terms of sheer scale, the threat of climate change is far greater. Obama was criticized for saying as much as president, but national security experts have been making these connections for years, warning that global warming is a “catalyst for conflict,” and growing cause for instability.

Hundreds of thousands of people die each year from heat waves, flooding, and other climate-related impacts, while millions more die from breathing bad air. In contrast, terrorism killed 29,376 globally in 2015 for the second-deadliest year on record, according to Institute for Economics and Peace’s annual index.

There’s one other way US exceptionalism comes through in this survey: Pew also asked respondents about their concern over Russia, China, and US influence and power. Thanks to Trump’s unpopular reputation abroad, concern about the US role is on the rise.