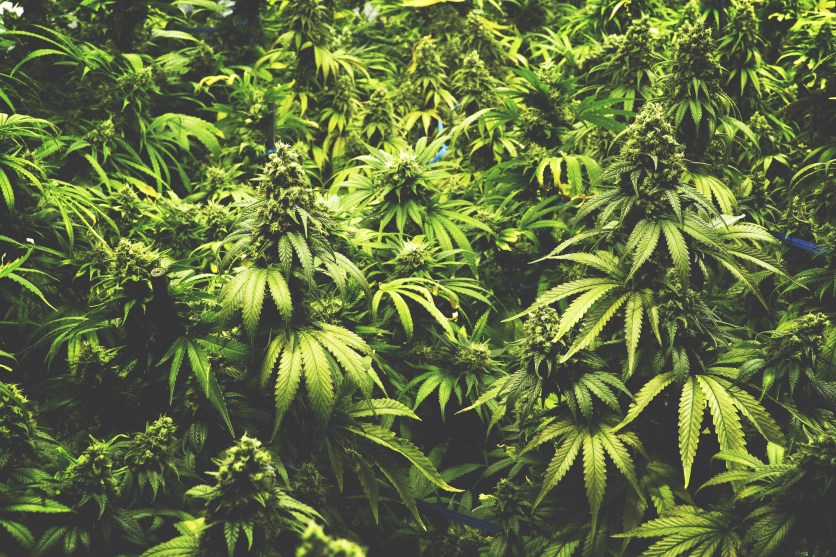 Thousands of acres of California’s national forests have been misused and abused by illegal marijuana farms and it’s only getting worse, according to a recent report by Reuters. These “trespass grows,” as they’re often called, use chemicals that are banned on national forest land. Mourad Gabriel, an ecologist working with the US Forest Service, estimated that California’s forests hold 41 times more solid fertilizers and 80 times more liquid pesticides than the agency’s investigators found in 2013.

More than 90 percent of the illegal marijuana farmed in the United States is grown in California and funneled across the country. North of San Francisco, counties like Mendocino and Trinity are known for an abundance of illegal operations on both public and private lands. These unregulated sites employ hazardous chemicals and faulty irrigation systems, which pollute waterways and poison wild animals like fishers (an adorable member of the weasel family).

What’s more, according to Reuters, at least five law enforcement officials have been hospitalized for symptoms like respiratory issues and skin problems after being exposed to pesticides, many of them banned or restricted, like carbofuran and zinc phosphide. Some of the dirtiest illegal farms are “like superfund sites,” Assistant US Attorney Karen Escobar told Reuters, referring to hazardous waste sites the Environmental Protection Agency prioritizes to clean up because they are a threat to society or the environment.

Mother Jones wrote about the harmful consequences of trespass grows on California’s forest land in 2014. When tagging along with Gabriel, the ecologist, reporter Josh Harkinson came upon an abandoned camp covered in sleeping pads and trash bags, since gutted by animals, smelling of ammonia and weed. Rodenticides or pesticides from grow sites had killed off local bears, northern spotted owls, and fishers, Gabriel told him.

Although recreational weed is slated to hit the California market early next year and medical use has been legal for decades, the Golden State is still finalizing the licensing to grow—likely the only chance at regulating this hazardous system. So far, reports Reuters, the cost and danger of cleaning up these farms have created a backlog of 639 illegal operations in need of restoration, totaling nearly 32,000 acres.