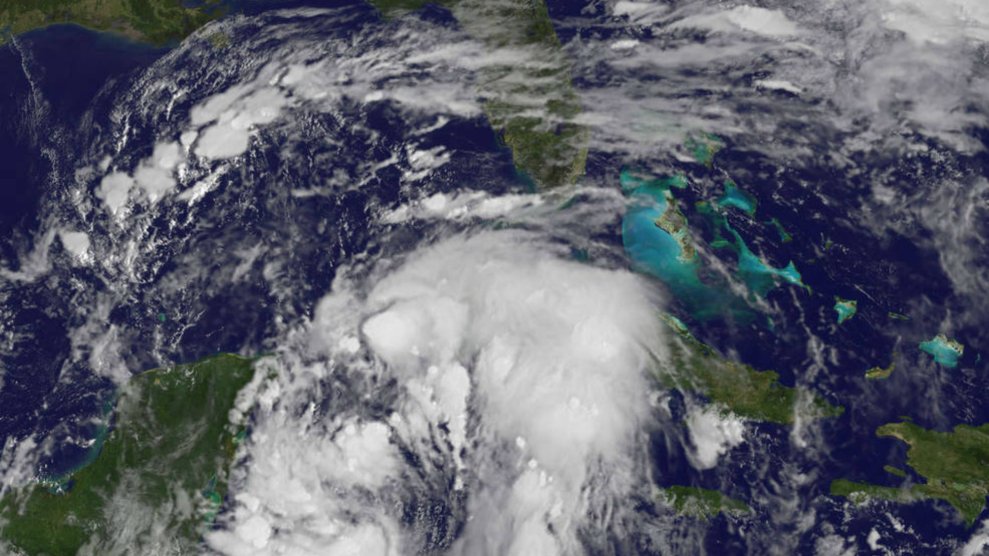 Tropical Storm Nate, which is expected to become a hurricane tomorrow, has already killed 22 people in Central America due to flooding rains and landslides. The National Weather Service has now issued hurricane warnings for the Louisiana, Mississippi, and Alabama coasts—including New Orleans, which is still trying to repair its aging and crumbling drainage system.

On August 5, the New Orleans area was inundated with eight to ten inches of rain, which flooded entire neighborhoods. Because the city is surrounded by water and sits below sea level, it employs pumps that take the rainwater out. But 16 of the city’s 121 pumps weren’t operational.

Nate is expected to reach hurricane status before making landfall in the Gulf Coast late Saturday night or early Sunday, and the National Weather Service has issued a storm surge warning from Louisiana to the Alabama/Florida border. It was a large storm surge that led to a breach of New Orleans’ levees during Hurricane Katrina in 2005, causing catastrophic flooding.

A #Hurricane Warning has been issued from Grand Isle Louisiana eastward to the Alabama/Florida border. More: https://t.co/tW4KeGdBFb #Nate pic.twitter.com/C1sHAI7tS2

In preparation, Mayor Mitch Landrieu has issued a state of emergency for New Orleans, and has been warning locals not to drive under overpasses that are likely to flood. The city’s pumps, he says, are now working at 92 percent capacity.

Still, just three inches of rain on Monday caused street flooding in several New Orleans neighborhoods, prompting a flood advisory from the National Weather Service. Nate is expected to bring up to twice as much rain to the region.