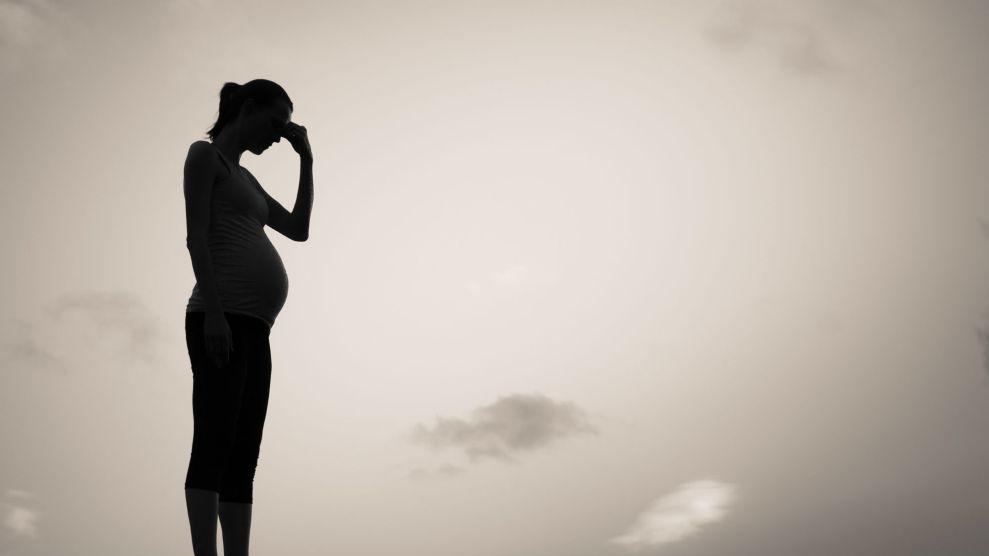 As fires spread across Northern California last week, smoke fouled the air of the San Francisco Bay Area and beyond. Ash fell from the sky like snow, walkers strapped on face masks before heading outside, and school children throughout the region were kept indoors. The fires have since been controlled, but air quality hasn’t yet returned to normal in the area.

It gets worse. According to a study published in the journal JAMA Pediatrics today, air pollution may even affect fetuses in the womb. In a first-of-its-kind study, European researchers found that newborns whose mothers had breathed dirty air during pregnancy were more likely to show biological markers associated with shorter lifespans than newborns whose mothers had not been exposed to air pollution.

According to a WHO model, 92 percent of the world’s population lives “in places where air quality levels exceed WHO limits.”

The study included 641 pregnant mothers living in Flanders, Belgium. After estimating how much air pollution each mother was exposed to on a weekly basis, the researchers compared those pollution levels to the length of their newborns’ telomeres, groups of molecules that cap the tips of chromosomes and help with growth and repair of tissues. Telomere length is correlated with disease and “is considered a marker of biological aging,” according to the authors.

What they found, specifically, was this: Mothers who inhaled the most air polluted with nitrates, sulfates, and black carbon with particles larger than 2.5 micrometers in diameter (the size that the WHO designates as unhealthy) gave birth to babies with shorter telomere length, meaning their children were more at risk for “accelerated aging.”

The second trimester of pregnancy (weeks 13-27), the authors found, was the most critical window for newborns. Babies whose mothers breathed in polluted air during this period had the shortest telomere lengths at birth.

While the telomere-length finding is new, children’s vulnerability to air pollution has been well documented, said Heather Brumberg, an associate professor of pediatrics and clinical public health at New York Medical College who was not affiliated with the new study. Breathing dirty air may increase a child’s risk of developing ailments including allergies, asthma, neurological diseases, and obesity, she said. “There are tons of multi-system effects [of air pollution] on children growing up.”

This study, the authors note, does have limitations. First, the researchers were only able to get a “snapshot” of telomere length by sampling just once, at birth. A more comprehensive study, the authors noted, would measure changes in telomere length throughout the pregnancies. Also, the group estimated air pollution levels based on the mothers’ home addresses, and failed to account for other places the mothers could have traveled.

According to a WHO model, 92 percent of the world’s population lives “in places where air quality levels exceed WHO limits,” while the vast majority of deaths related to air-pollution occur in low and middle income areas.